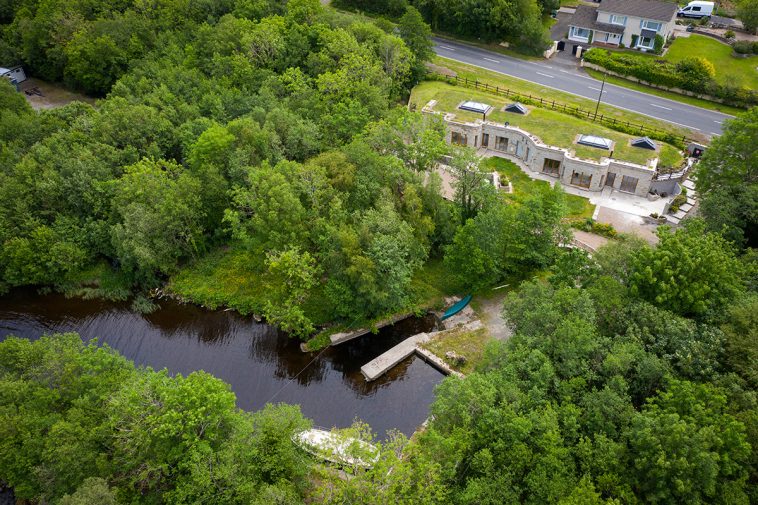 For Paul and Anne Dyer, building in a conservation area meant going underground and partnering up with the Ulster Wildlife Trust to plant their roof.

We were living in England and wanted to move closer to Anne’s mother who was then living in Sligo. The house we bought was being run as a B&B, and we carried on with that.

We thought we could make a business out of the lakeside land, so we applied to build two self-catering units. We were up against it because we are on a protected route and there was a presumption against development. We could only use the existing access to the mooring if the end result did not increase the traffic flow by more than 5 per cent.

How did you go about the design?

From the outset we planned on building a green roof and hiding the house from view when driving down the road. So we chose to build sheltered units that would blend into the landscape.

We put some drawings together ourselves and brought these to our architectural designer Martin who made the planning application. We agreed on a basic floor plan, and with the houses facing north west we designed them so that they would only require a small amount of heat other than the solar gain from the rooflights.

Unfortunately this was at a time when the Minister for the Environment announced that there would be no further development in rural areas to prevent, as he put it, the “Donegal Sprawl”. We knew it would be a long haul until the final draft of the planning strategy was agreed. Years passed and eventually the document was published.

On inspection Martin realised that the 5 per cent clause was missing and wrote immediately to the Planning Department. Within two weeks we had approval.
By now we were heading towards our late sixties and had abandoned the B&B in the wake of the banking crash, and the question was do we go ahead and build them just for our own use. We decided it would be rude not to!

When did you get started on construction?

We spent a year and a half navigating Building Control, every i dotted and every t crossed as there were all sorts of angles to consider. It was a drawn out process with many letters and emails back and forth.

The drawings were finally approved and we got started in the winter of 2013. The digging out was done over the following summer.

All we had was a mini digger and a dumper which is not the most economical way to build. There was a lot of digging out and backfilling; it really wasn’t an easy site. For anybody doing the job with a contractor it would have been very expensive, so we tipped away at it.

Along with bringing in a power supply from the mains, the onsite wastewater treatment plant was the first thing we did with Building Control.

We needed a consent to discharge to the lake, which was easy enough to apply for and we got the licence fairly quickly. We have drainage trenches irrigating into the stream then into the lake. The drinking water connection is from the mains and the connection process was easy.

How was the underground structure built?

The foundations have a lot of steel to support the weight of the house and the concrete roof. It is an engineered slab, 91 cubic metres of it.

We also had to build a massive retaining wall and it took six weeks to tie in all the steel. The walls are block with a cavity filled with EPS beads; the inner skin is an insulating thermal block.

We did the tanking (waterproofing) ourselves around the building. The outer skin is covered in polythene membrane, bitumen lined in 1m wide rolls, put in place with adhesive, with an additional skin of four inch concrete blocks as protection.

As the roof is precast concrete, Building Control had an issue with thermal bridging so it was all pre-insulated to satisfy them. On top there is a damp proof membrane, two layers of geotextile membrane, 20mm pebbles and topsoil.

We got a specialist company to lay the membrane but did the rest ourselves. Water never gets near the membrane on the walls as there is half a metre width of two inch clean stone all the way round.

We didn’t want gutters so incorporated the drainage design within the roof system, which has a fall of 1 in 85 so all the water runs off, through the stone and into a drainage ditch to the lake.

Tell us about your choice of wildflower meadow.

We always intended having a green roof but were undecided as to the cover. Sedum is popular but we were not happy with the idea of a monoculture.

We then became aware of a program being sponsored in Fermanagh by the Ulster Wildlife Trust called “Saving Our Magnificent Meadows” whose aim was to preserve and restore some of the wildflowers that once thrived in hay meadows before the advent of multiple cutting for silage.

The Trust provided us with seeds, the most important of which is yellow rattle because it has the effect of suppressing the stronger grasses so as to allow space for wildflowers to grow.

All the advice we came across indicated that wildflowers thrive best in poor soil, so we covered the roof with the worst of the topsoil removed from the build site, and added limestone chippings to help with drainage as limestone is the local bedrock.

We now have a mainly grass roof interspersed with yellow rattle, ragged robin, selfheal, eyebright, knapweed, oxeye daisy, buttercups, meadowsweet, spotted orchid, and red and white clover. If you go on the roof in the summer, you can hear it buzz.
The only maintenance is to cut the grass in spring before the wildflowers come through, and again at the end of the summer when they have seeded, removing the clippings so as not to enrich the soil.

What choices did you make for heating and other systems?

We wanted the houses to require as little heat as possible. The front elevation is all double glazed doors floor to ceiling, and there is a roof light in the living areas and back bedrooms. We get surprising solar gain from them while the north facing windows warm the living rooms 4 to 5 degrees Celsius. The main bathrooms are at the back and the other two bedrooms have light at the front.

For space heating, hot water and cooking, we have gas. We had heard negative things about air source heat pumps in terms of running costs and breaking down.

So we installed two small combi gas boilers and as the house is airtight we only have a small heating load. The heat loss in a 24 hour period is just one degree Celsius. We spend on average £400 a year on gas. A bugbear of ours was to lose heat from the warmest rooms so we also have a heat recovery ventilation system.

As for electricity, we are north facing so we didn’t install solar panels although we could add ground mounted ones at some point in the future.

How about the finishes?

We wanted polished concrete for the floors, and with the help of our son and two grandsons we hired a huge load of specialist concrete mixture and laid it ourselves, 100mm deep instead of the more common 45mm screed.

But the mix was not strong enough and we had soft spots, which meant that the finish was not consistent enough to polish. It is great for storing heat so our option was to tile the floors, as the heating system is underfloor. We keep the temperature of the thermostat two degrees lower than required because of the heat retention.

What surprised you most about the process?

That we were able to complete it! We started in our late sixties and completed it in our mid seventies.

Don’t do it if you can’t invest a lot of time. It is so time consuming to get people to come do the work, we relied on our own labour for pretty much everything. To get to this specification would have been impossible under £180,000 otherwise.

If you are very hands on, be prepared for it becoming a family project. It’s hard work but rewarding and, as serial self-builders, it has made us more resilient as a family.

See it as a long term investment. We had done this sort of thing before in England over the years where we renovated four houses. One was an old 3,000sqft mill that took us 10 years to renovate as we did it all ourselves. In 1998 we sold it for 265k and now it’s on the market for 900k. 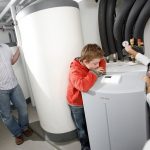 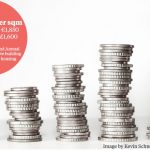