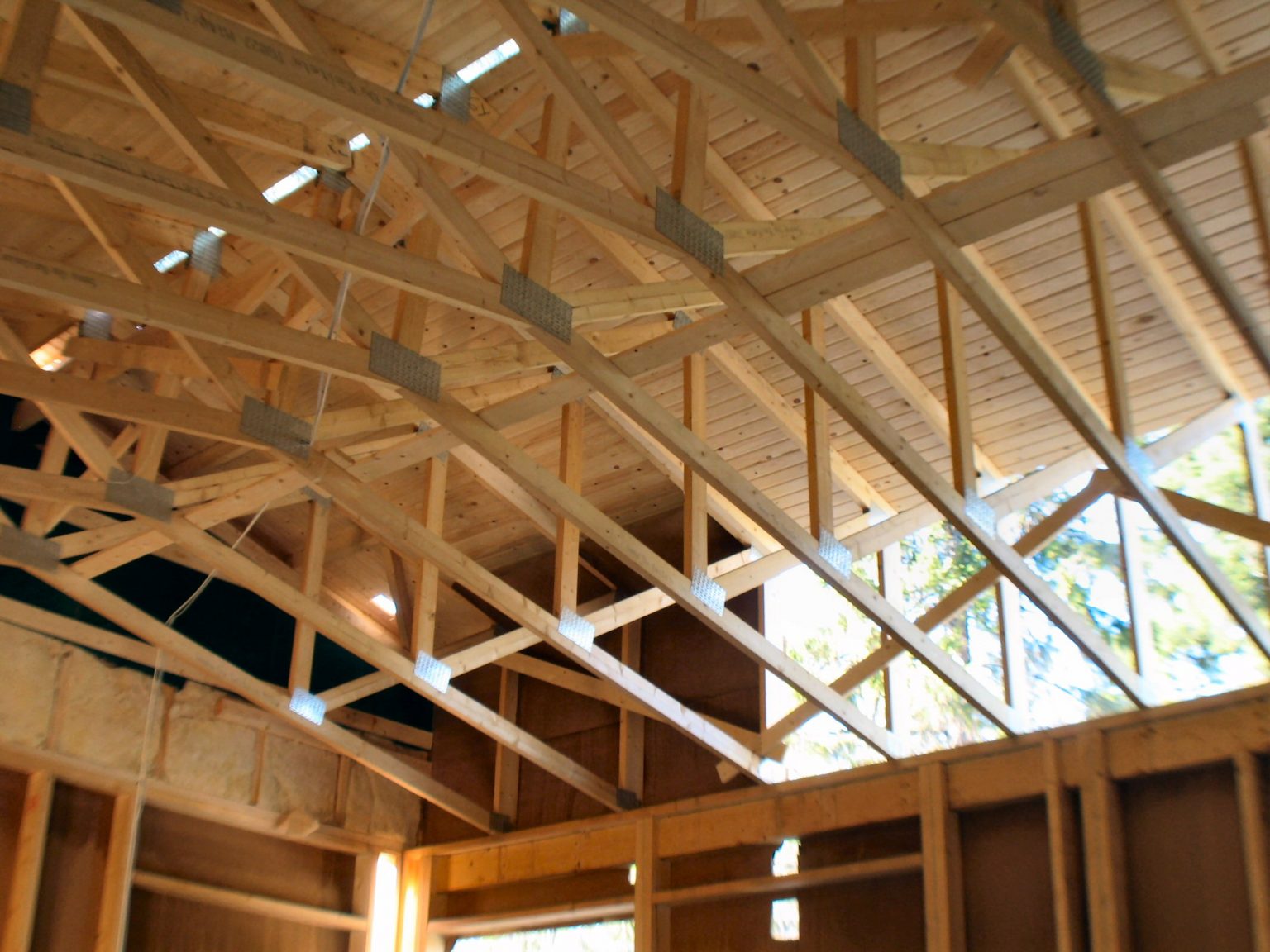 Building methods mostly deal with wall construction, although some types, such as ICF or prefabricated buildings, may be able to build the roof out of the same material as the walls. The decision to make on the roof at this early stage is if you plan to have a cut roof, i.e. lengths cut on site which is a more expensive method but allows later conversion of the attic space, or a truss roof, which is prefabricated and lifted in place with a crane.

Roof timbers, including trusses are often fitted at 400mm centres as this allows lighter plasterboard and roofing battens to be used. Increasing the timber spacing to 450 or 600mm will save on timber although the sections need to be a little bigger to cope with the increased load and plasterboard needs to be thicker to span across the increased spaces.

The truss roof option requires that you either find a supplier early on in the process so they can have an input in the design drawings or use an architectural designer who understands the technical requirements.

Truss roofs have to include all rooflights and other openings into the design as they are precision engineered. Builder’s merchants will often supply trussed roofs. Also know that if you plan to install a green roof, you will need additional structural supports.

In nearly all of the cases the foundations and subfloor must be built on site before the building method company gets involved. In the case of timber frame, the timber frame company can specify the foundations and anchoring points on the subfloor so they can erect the structure. Again, an architectural designer with the technical know-how, can design it so that you don’t have to tie yourself to a manufacturer at an early stage.

The main decision to make at this early stage is whether you will be going with a standard foundation or an insulated one, as the insulated method may have a knock on effect on the structural drawings for load bearing walls. It is always sensible to get your site checked at an early stage to determine which foundation system will be appropriate.

If the house has an upper storey, you need to consider whether you will build the upper floor in timber (traditional and tends to be cost effective but very difficult to prevent sound from transmitting) or order hollow core concrete slabs (thermal mass, excellent sound insulation, can build upper storey partition walls in block, but usually a bit more expensive and heavier, requiring additional provisions for load bearing walls, also less straightforward to run services).

At this stage you engineer will also ask whether your staircase will be timber or concrete as this also has structural implications. A good alternative to both of these is to use prefabricated joists which have the advantage of better acoustic performance than solid timber joists and the openings between the metal webs allow services to be easily routed, which saves having to suspend ceilings underneath, as  is the case with concrete floors.

Upper storey screeds will be specified depending on the finished floor level and the floor structure. Whether timber or hollowcore, with underfloor heating make sure your insulation and screed thicknesses are specified by your engineer in advance. With timber, the load of a screed must be factored in by your engineer along with a soundproofing method, with thickness of products taken into account. Engineered (webbed) joists are designed to take the load of a screed but cost a bit more.

How much will your upper floor cost?

Standing out to blend in

VIDEO – MCR Consulting- The role of a Structural Engineer

VIDEO – Cedral Ireland – How to get the Perfect Roof