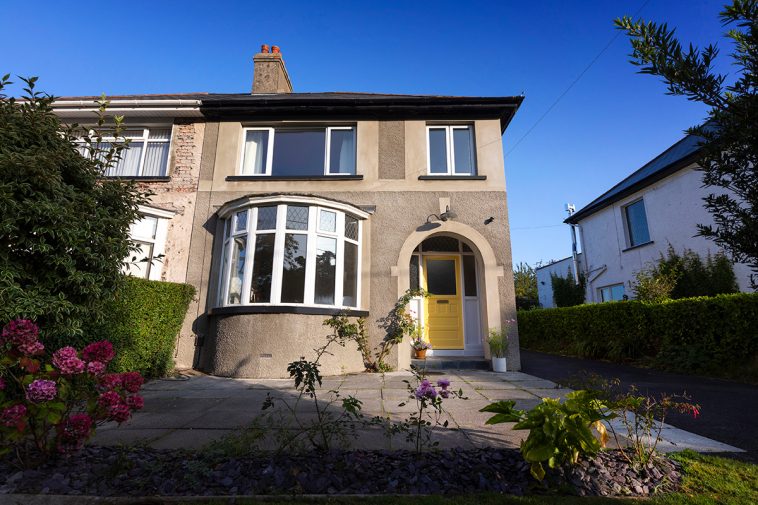 Jane Williams never dreamed she could tackle a major renovation project, until she came across an opportunity too good to pass up. With the help of her architect, quantity surveyor and builder, she managed to get exactly what she wanted, and within budget.

I got onto the property ladder in my twenties and bought a little end terrace which was the perfect first time buyer property. I loved it, but a few years later I realised I needed more space.”

“The house sold very quickly. So quickly I hadn’t had the time to find a replacement! Fortunately, a local estate agent showed me this property before it went to market, and I was immediately attracted to it because I grew up on this road, and I have family just a minute away.”

While Jane loved the location, she knew that she faced a real challenge. “I was certainly under no illusions of what lay ahead of me,” she laughs.

“The house needed a complete overhaul. There was damp and I knew there’d be some walls coming down to change the flow of the house to make it work for me.”

“But I honestly didn’t think I had the ability to undertake such a large project. At the same time, there were too many good things for me to turn it down. The house and garden get the sun all day long; not having that would have been a dealbreaker.”
Initially Jane thought that she would just renovate and refurbish the downstairs, but after speaking with her architect Marc, her plans changed.

“The existing long galley kitchen sat alongside a patio that was effectively dead space and had the potential to be so much more.”

“Marc’s drawings introduced the idea of an extension that would encompass a kitchen, living and dining area, effectively flipping the original layout of the house, turning the second living room into the kitchen.”

“I absolutely love having people round and socialising at home,” she says, “so I knew that I needed to have space that would not only allow me to do that, but would make people feel as much at home as I would.”

Then Jane toyed with the idea of a double-storey extension, for extra space downstairs and to take the living area out into the garden. “It would have added bedroom space upstairs, as well as an ensuite. We also looked at moving the bathroom to the front of the house to allow for a better bedroom/bathroom ratio.”

The inspiration came from a neighbour’s house. “My sister-in-law and I walked down the road to a house that had already undergone a complete refit with a double storey extension with a side return. The owner very kindly allowed us to go in and have a nosey around.”

“But after much toing and froing with the quantity surveyor we decided on a single-storey extension at the back and leave the upstairs as it was, bar the usual aesthetic improvements, because it functioned perfectly well as it was.”

“Because the changes were extensive, we had to apply for planning permission. We also got the construction drawings vetted by building control and notified the health and safety (H&S) authorities when we appointed our H&S project supervisors for the design (Marc) and construction stages (builder).”

Jane appointed her builder based on the quotes that came back from the tender process. “Marc drew up a list of builders he had worked with before and was confident could deliver the job to the standard he wanted. That is who we got tenders back from,” Jane says.

“I moved into the house for a few months before we pulled the trigger on the renovation and that helped me make some tweaks to Marc’s plans as I got a feel for the house, and how I might live in the new version of it,” she adds.

“Of course, with older houses, you do one thing and it’s like pulling at thread for other bits and pieces that need improved, so, in the end, we ended up ripping everything in the house out,” she says.

“The builders took down the kitchen and ripped up all the floors. Marc project managed the build, but I worked very closely with him and the builder on the details. As it was an extension there were no energy calculations required.”

“The extension is a real wee sanctuary and I love both relaxing in it when I get home from a busy day at work, and spending time there with friends – particularly in warmer weather – when we can move seamlessly between the house and the garden.”

“The triple track sliding door forms the entire back of the house. It ensures the kitchen is always bright and airy and connects the internal living space to the patio and garden beyond.” Once the extension was completed, Jane set about revamping the rest of the house.

“In large part the renovation had to do with replacing the windows, not only to update them and to maximise insulation, but also, in some cases, to increase the amount of light coming into the house.”

“In the upstairs bathroom, for example, there had been two small thin windows. I replaced these with one larger window, which gives me a view of Belfast Lough. I also made the window in the back bedroom larger to take advantage of the view and bring that lovely light in.”

“One change had to do with moving the gas box because it was on an old kitchen wall and it had to be brought up to the front before the builders could take down that wall and get the extension going. It set us back a few weeks as it had to be assessed first and then moved.”

“The home I grew up in had been built in the 1940s in an art deco style, and my dad was a landscape architect so, when my parents moved into the house in the 1980s he went with the clean, black and white aesthetic which still runs through, up to this today,” says Jane.

“I tried to do the same with my house: keep the character and let it do the talking, with contemporary finishes to complement. My first home was very much inspired by the Scandinavian ‘clean lines’ look and so, perhaps unsurprisingly, that was the direction in which I went here too.”

“With this being a 1950s house, there were features that I tried to retain. For example, I loved the rose cornices in the living room at the front but unfortunately they didn’t survive the build. However, the feature windows in the front door are still there, and the original yellow door of course! The bannisters are also the original ones and were simply freshened up with a coat of paint.”

“I wanted to continue the light, airy feel of the kitchen throughout and I mostly achieved this by using white and grey paint.”

“I do wish I’d taken more of a chance on some colours for the bedrooms; it was mostly through indecisiveness and lack of time that I decided to keep it simple for now.”

“The bathrooms are where I got more creative. I always thought a downstairs toilet was a place you could have more fun, and so I opted for the lily pad hexagonal tiles in a gorgeous aqua colour. The wall behind the toilet is tiled and it flows down onto the floor, which creates quite a cool look, one I spotted on an online mood board.”

“The tiles do the talking in the upstairs bathroom too; while the white tiles are understated, they’re laid herringbone style which adds character. I went for the black and white terrazzo floor tiles and provided contrast with a pink splashback to inject a slight bit of colour into the monochrome look as the taps, and shower head, are black too.”

“After that, it was just a case of looking at the finer details and researching many products online to keep within budget.”

“I went for plain panelled white doors, apart from the glass panel downstairs, and sourced contemporary gunmetal handles and locks. They work really well with the black uPVC windows and triple track doors – again, combining my modern style with the more traditional feel of the house.”

“I’m really happy with the final result,” adds Jane. “I think when you walk up the drive you see a lovely mid-century, traditional semi-detached house, but from the back it is modern and sleek and makes the most of inside/outside living. It’s exactly what I envisioned and I still can’t quite believe I did it.”

The triple track doors at the back of the extension look amazing, however they’re quite laborious and cumbersome to open and close. What I will change is the interior design for the bedrooms and go bolder with colour.

With a larger budget, I would’ve changed the bay window at the front. It looks a little old compared to the rest of the house, but it would have been another major job. I did put a damp-proof course in, but I didn’t change the window, and with hindsight, I wish I had.

What’s your favourite part of the house?

The kitchen for sure… I could just look at it all day. Having said that, I also love the downstairs bathroom, primarily for the hexagonal tiles on the floor and walls.

Probably, but not for many years to come!

What single piece of advice would you give a budding renovator?

Try to educate yourself as much as possible about the work that’s being done. I was a complete novice but made sure I asked as many questions as possible to keep up with all the trade talk. A good builder and project manager will be patient with you and ensure you know what is happening at every stage.

Keep an eye on the budget yourself.
Make sure you are up to speed with everything and stick to your guns. It’s so easy to push the boat out here and there, but every little bit really adds up in the end.

Don’t scrimp on your kitchen.
I bit the bullet and went for a higher spec of cabinets and worktop as I knew I would be spending so much time in it, and as the heart of the home, it will always add value in the long run.

Debbie is a freelance writer and editor, who writes about business, healthcare, property, maternity and the over 50s. She also ghost writes autobiographies. 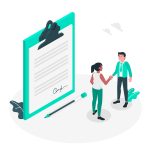 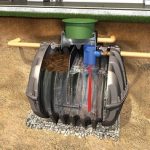