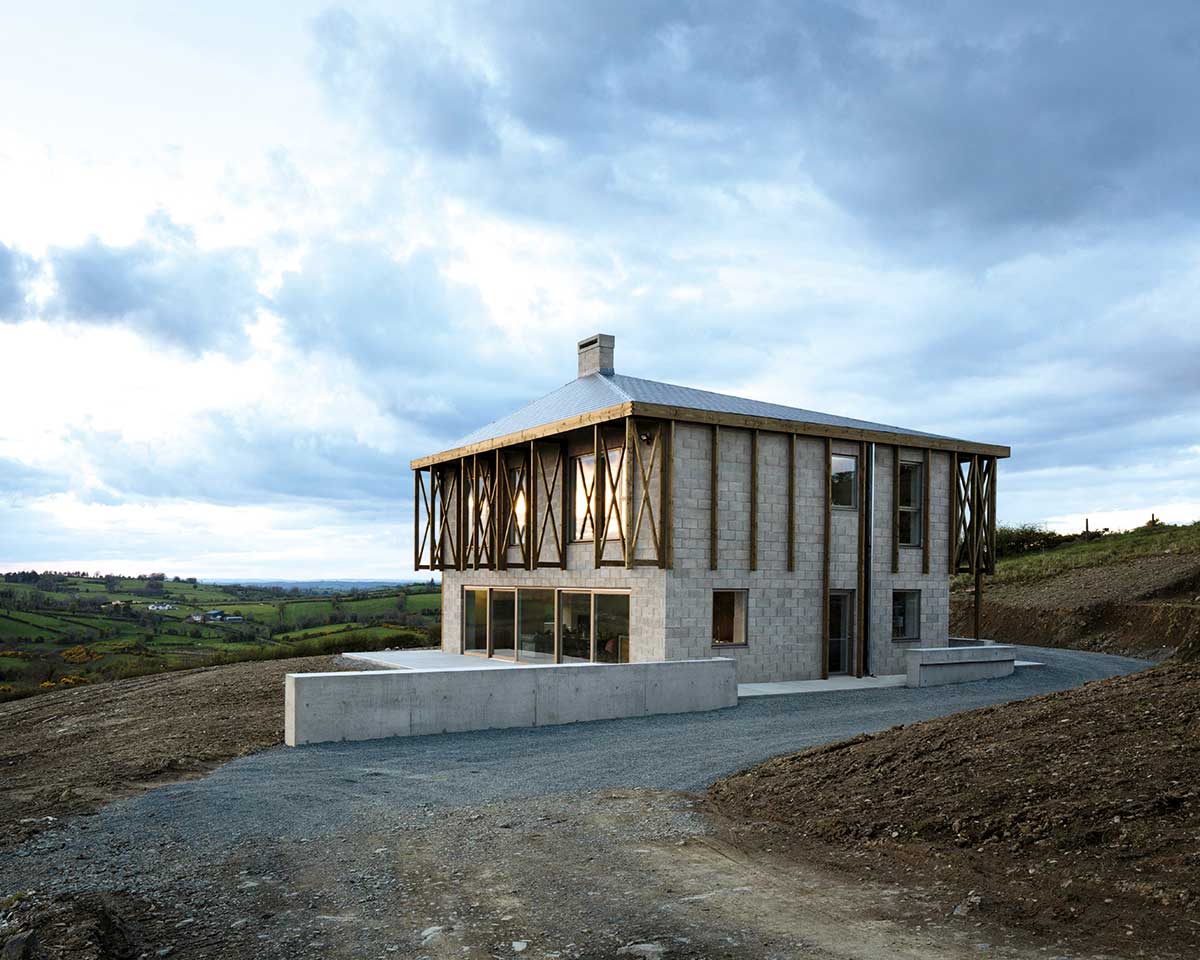 Taking the time to plan your self-build pays incredible dividends as Sean and Eloise Duffy learned after spending four years designing their house.

How did this project come about?

Sean: We had been talking about building our own house for years. We had land because we farm it and we always knew we wanted our own home done in our own style. We lived in standard residential accommodation, including terraced houses, and knew what worked and what didn’t.

Eloise: We’d been toying with ideas in our heads and when we passed the architect’s tent at the Ploughing in 2012 we decided to pop in. We happened to sit down with Tom; he had a country background as we did, he had fresh ideas, he was enthusiastic and we felt like he was really listening to us. So when the time came for us to build four years later we got back in touch with him. Meeting him on that day was serendipity.

Architect Thomas O’Brien who likes “awkward absurd things” explains why Sean and Alisha’s house was designed to be “deliberately unharmonious” and “open to multiple interpretations”.

Sean and Alisha’s house is embedded within the acreage of their farm; the driveway is almost 1km long and they are in more ways than one nestled within. It is no doubt a firm commitment to the farm and to their way of life. “They wanted to be secluded within the rolling hills, with a view over the land. Our discussions were about the translation of farmyards and other things we both liked from our rural backgrounds,” says Thomas.

Here he first explains the concept then gives us a walkthrough of the house:

The house takes references from the Casino at Marino which is a derivation of Palladio’s Villa Rotunda in Italy. Both command the landscape and are implicitly inviting. As square Greek cross plans, they offer four equivalent elevations to the surrounding open landscape. Sean and Alisha’s house is also square in plan, the footprint being approximately 12m x 12m, yet departs from the rigorous order and symmetry of its neo-classical precedents.

The house deploys ‘agricultural’ materials and unapologetically exhibits a deliberate awkwardness of form, which seeks to thwart aesthetic convention insofar as the predictive forces of good taste, beauty, style etc., continually return us to the same forms and structures. The work exhibits a robust and deliberate constructional legibility.

Even though the plan is square each elevation looks different. This is due to the pyramidal roof and the eccentric location of the chimney. A Douglas Fir timber box gutter is propped along the length of the roof by vertical fins at regular centres. At the north-east corner these timbers form a portico. To the south elevation, the eaves is extended out by 1.1m from the wall, to shade the south elevation and shelter the main patio.

Major visual axes through the building are maintained but here and there the walls are pulled or pushed off axis to form the necessary rooms or to create a recess or alcove for a door or bench.

The ground floor rooms are relatively open to each other, arranged around a central double height hall. A 450mm step in section across the main east west axis separates the upper from lower quarters. Large oak doors close off the rooms if desired. The kitchen space is opened up to the south view by a long panoramic opening spanned by a 9.5 x 1.5m concrete beam. Precast concrete floor panels bearing on the walls or cast beams carry the upper floors. The walls are plastered in an off-white coloured sand cement floated finish and are left unpainted.

Oak joinery and flooring bring some warmth to the masonry. Robust concrete benches and walls are set out around the house to enclose the stepped or ramped areas of the paths. The chimney is a narrow horizontal slot alluding to a pillbox bunker overlooking the terrain. It is the ‘strong centre’ of the house.

The landscaping and construction of outbuildings will continue in the coming years as budget allows.

What was the driving force?

Eloise: For all of us to live harmoniously together. We have pets and we were very conscious of how difficult it was to segregate our living areas from theirs. In our previous accommodation the house would get destroyed by the dogs coming in the back door into the sitting room and you could never keep the house clean.

Also Sean works on the farm so he comes home with muddy boots, in our previous accommodation the front door led straight into the kitchen which wasn’t practical at all. So number one on the list was a large utility room dedicated to Sean being able to hang up his dirty clothes and put away his boots but also a room for the pets to have their space.

We made that area as comfortable as possible for the cats and dogs, we have deep shelves with bedding for the cats – they love it because it’s up high. Every surface is wipeable and low maintenance, and everything is enclosed in cupboards so there’s no more knocking stuff off the shelves. 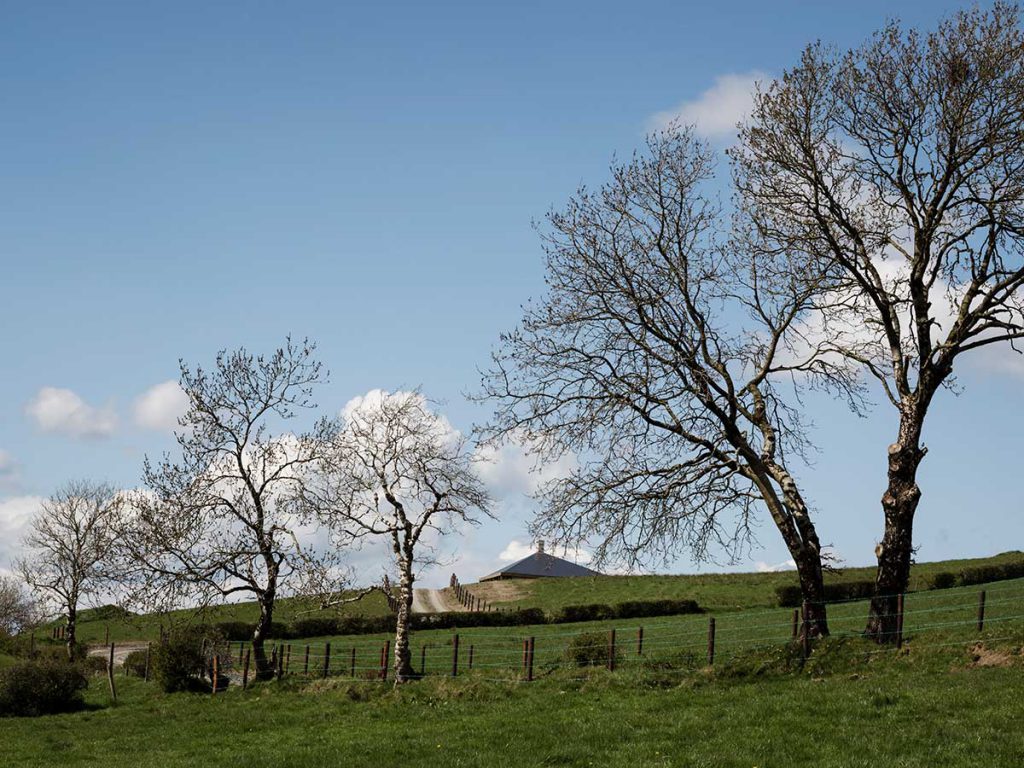 Sean: We like our privacy and outdoor living, and Tom really listened to us delivering a wonderful design. The only tweaks we made were maybe adding a door here or a division there to suit our lifestyle, but these were very small changes and we feel the house has stayed true to his original design.

‘We’d been toying with ideas in our heads and when we passed the architect’s tent at the Ploughing in 2012 we decided to pop in.’ 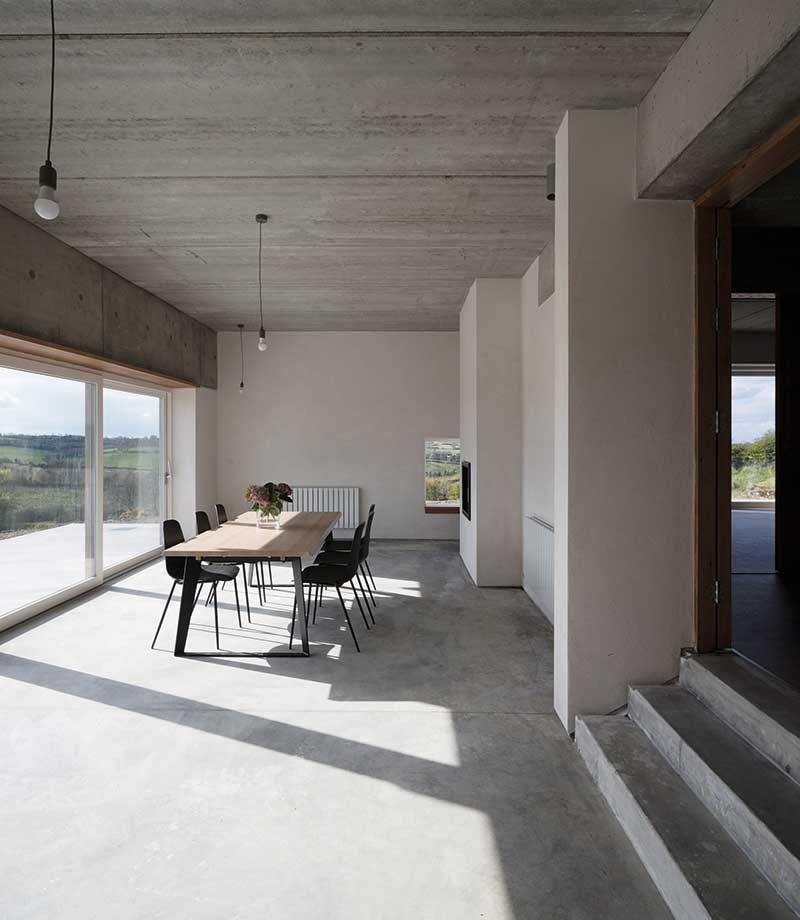 Did the planners object to the house being up so high?

Eloise: Yes the house was originally meant to be on the hill up quite high and the planners asked us to move it down a bit. It took about eight or nine months to get it approved in the end.

Eloise: We were both working and wouldn’t have known where to start, we don’t have builders or tradesmen in the family, so we got a main contractor. Tom helped us here too in that he came up with all the builders to tender to; we sent the drawings to nine and three came back. We went with a local builder who lives two miles up the road. We felt that was a guarantee of craftsmanship because in a small town your reputation is important. He’s a very nice guy; he brought us to see other houses he’d completed in the area. 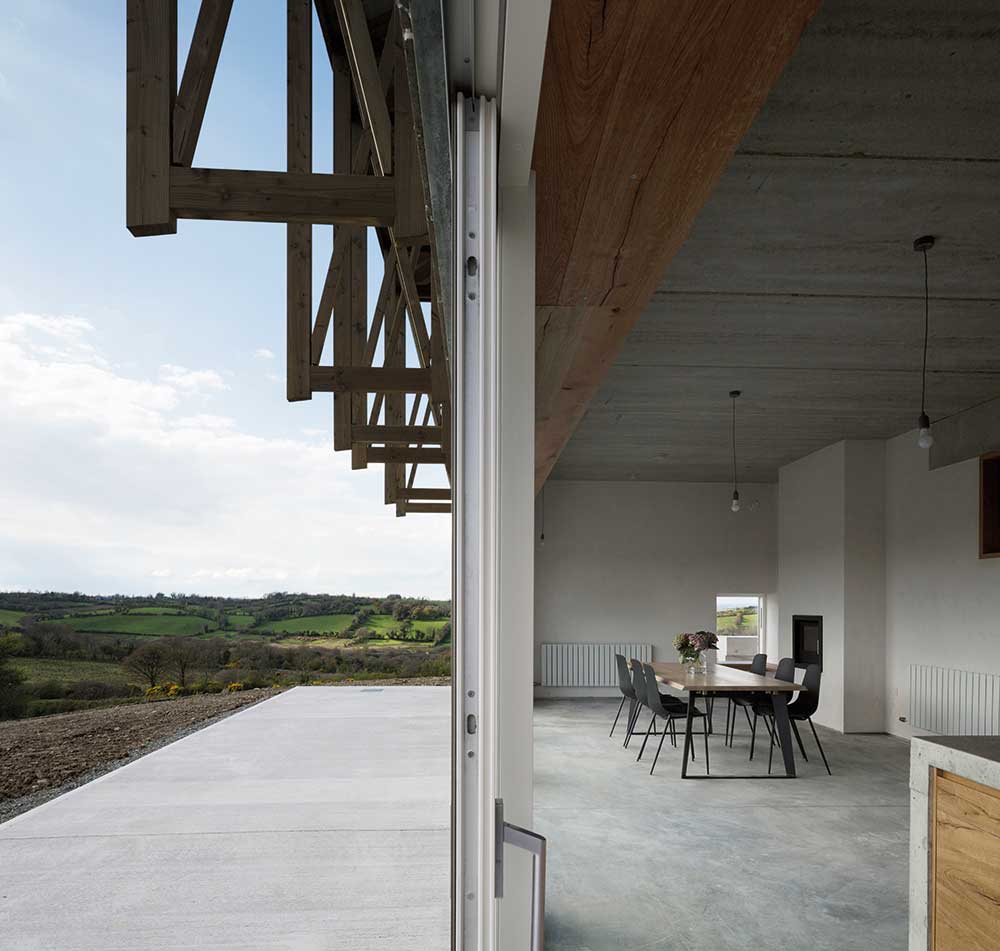 How long did it take? Who was supervising the build?

Sean: It took 18 months in total, from February 2017 to April 2018, to build the house. Tom was involved by keeping an eye on things and he helped with the finishes too. As it’s on the farm we were always around but we didn’t want to be on top of people. But we were always available for any changes or questions. We were up every weekend, mostly to satisfy our curiosity. There are periods when it all goes very quickly and others when you can’t see what they’ve accomplished in a day

‘‘We tried to save money by delaying the inevitable but some things just have to be done.’’

Being able to get what’s important across to everyone is vital. Get a builder you can get along with and talk to. Also make sure the builder’s relationship with your architect is a good one. We have a friend who is managing the entire project themselves, hiring every tradesman. Going direct labour just seems so difficult considering all the effort and time that goes into it.

That said, you can always expect some delays. We had to wait two months for our roofer because he’s specialised in awkward shapes, which is what we have. The delay was heart-breaking. It was worth it though; he’s a pure artist and did a fantastic job.

We had the budget set out but there are always extras. Thankfully the builder was very good working with us, he was clear about how much extras would cost exactly and where we could save and by how much. It all adds up over time: choosing more expensive tiles, increasing the specification for the kitchen as well as the appliances.

Our builder was very helpful in doing small things on his own, like putting in a concrete hearth which wasn’t initially part of the contract. In essence, you might as well do it right the first time. The builder told us to finish as much as we could before moving in, not too leave too much to do later on. I think that’s sound advice otherwise it’s likely you won’t get around to it for a couple of years. It’s actually more expensive to do it in bits and pieces.

The polished concrete floor in the ktichen is a good example – we left it power floated, we didn’t polish or seal it prior to moving in. After a couple of weeks it was hard to clean and we had to ask the polisher to come back to finish the floor. Because we were living in the house, we had to try to seal the room off as best we could but that’s impossible with the fine dust. In this case we tried to save money by delaying the inevitable but some things just have to be done. 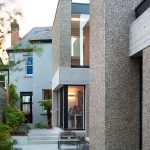 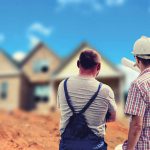