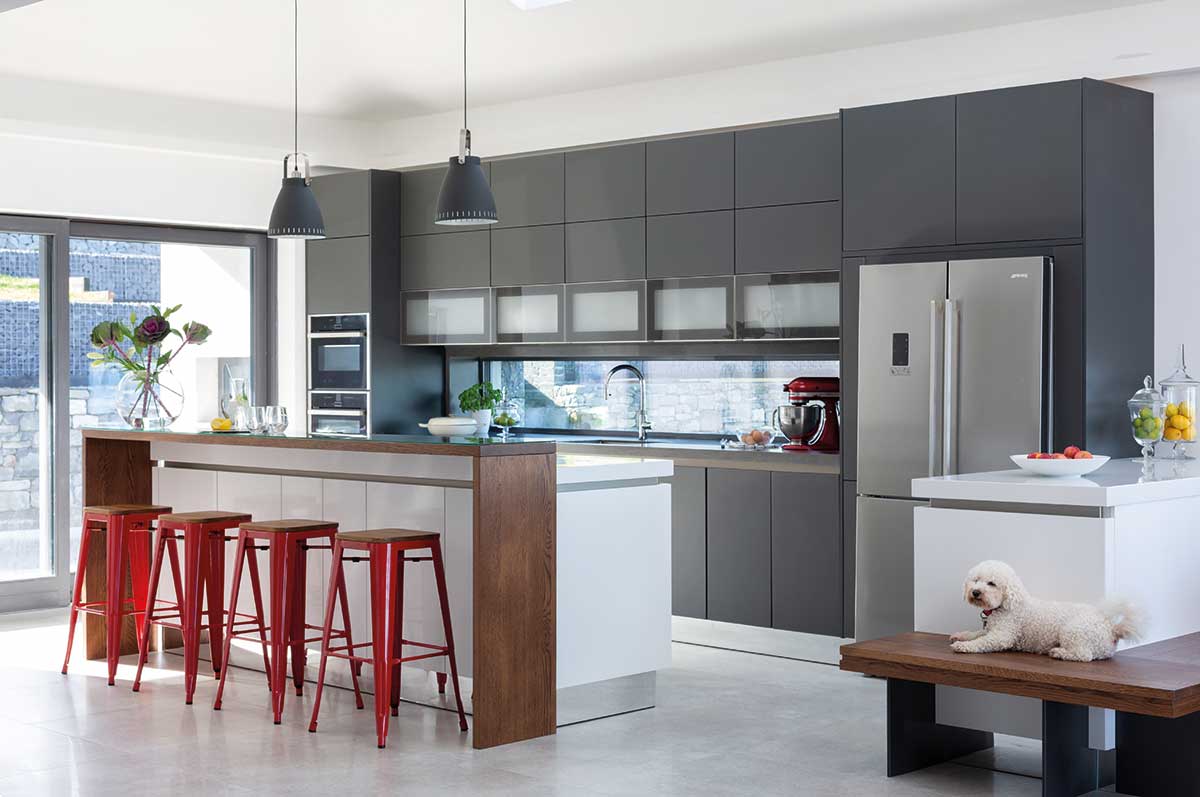 Your trend and style guide to shopping around for what is arguably the most expensive piece of furniture you will purchase for your home, comparing traditional to contemporary.

Kitchen showrooms can be an overwhelming place to be – what style is the right one? Do you choose from the current trends or opt for what you consider to be a timeless classic? As with nearly all aspects of your self-build the choice is a personal one but research goes a long way towards helping you make up your mind.

In the world of kitchen design and manufacture all kitchens are created fundamentally equal because the interior or the shell, known as carcases, tend to be made from one particular type of material. This of course depends on the manufacturer and you should always ask what this ‘skeleton’ is made of. A few manufacturers may offer carcases made from solid wood or veneered timber which are at the higher end of the cost scale.

But generally speaking most carcases are made from laminated manmade composite materials, usually chipboard or MDF. This ensures the interior is practical, hardwearing and easy to clean. Other elements that are hidden from view, including shelves, drawer backs and panels, also tend to be made from these materials.

The cost of the kitchen will therefore have much more to do with your choice of doors, exterior-end panels and worktops than the structure upon which they’re laid. The door style is likely to be your first costly component as it will profoundly affect the overall aesthetics and feel of the finished kitchen. If you choose a door made from a manmade composite material that usually keeps costs down, the opposite is true of highly crafted or premium material doors, e.g. solid timber.

Don’t forget that appliances as well as fixtures and fittings such as water taps all need to be included in the price of the kitchen to get a full picture of cost.

In terms of styles you’ll basically be confronted to two categories: traditional which evokes pre-twentieth century design versus the contemporary styles emerging from the post war period. As a big fixed piece of furniture the kitchen should usually fit in with the overall style of your home. Therefore a classical panelled door might suit a period Georgian house (traditional); a Shaker style might suit a cottage (traditional); or a plain wood panelled style with integrated handles would suit a 1970s bungalow (recent-modern) and so on.

Traditional styles can hark back to nostalgia for kitchens past; the warm fuzzy feeling of a grandmother’s kitchen that may or may not ever have existed. They might also suggest feelings of country or rural living as opposed to urban. 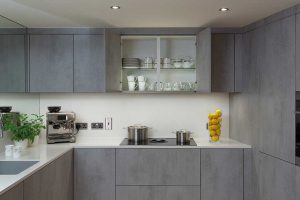 In contrast, modern style kitchens are chiefly concerned with function: with no decorative elements or dust collectors included. Doors are usually plain which aim to complement the high-tech appliances. For doors premium manmade composite materials are popular with either high gloss lacquered or heavy matt finishes. Flush doors with no panel mean they are practical and easy to clean. But some say these lack character and glossier styles can be demanding in terms of how often you have to wipe them down. An emphasis on manmade materials for worktops and panels, with glass and metal effects on doors and appliances, look more towards an industrial aesthetic as seen in the commercial kitchens of restaurants and hotels.

A brief history of kitchen styles

Of course, the key in understanding classic styles is to look at what has endured in the history of fitted kitchens rather than what is on-trend in showrooms now. Fitted kitchens have not actually been around for very long, they are a twentieth century creation. Prior to this time a kitchen was something utilitarian: to be used by servants and hidden away at the back of the house or in the basement.

However following societal changes after the first and second world wars kitchens began to adopt labour saving devices such as the washing machine. It became increasingly acceptable for the ‘lady of the house’ to do her own domestic chores rather than servants. New house designs saw the kitchen wall disappearing and open plan living becoming progressively popular in the
latter half of the twentieth century. The kitchen, no longer a thing to be hidden away, became embraced as the heart of the home and kitchen furniture became linked with aesthetics and lifestyle aspirations.

Scientific theories, such as the Taylor Technique so beloved by the likes of Henry Ford on his car production line, came to be applied to the ergonomics of the kitchen. An early example of this was the Frankfurt Kitchen (1927) designed by Margarete Schütte-Lihotzky (1897–2000) an architect involved in designing affordable housing. 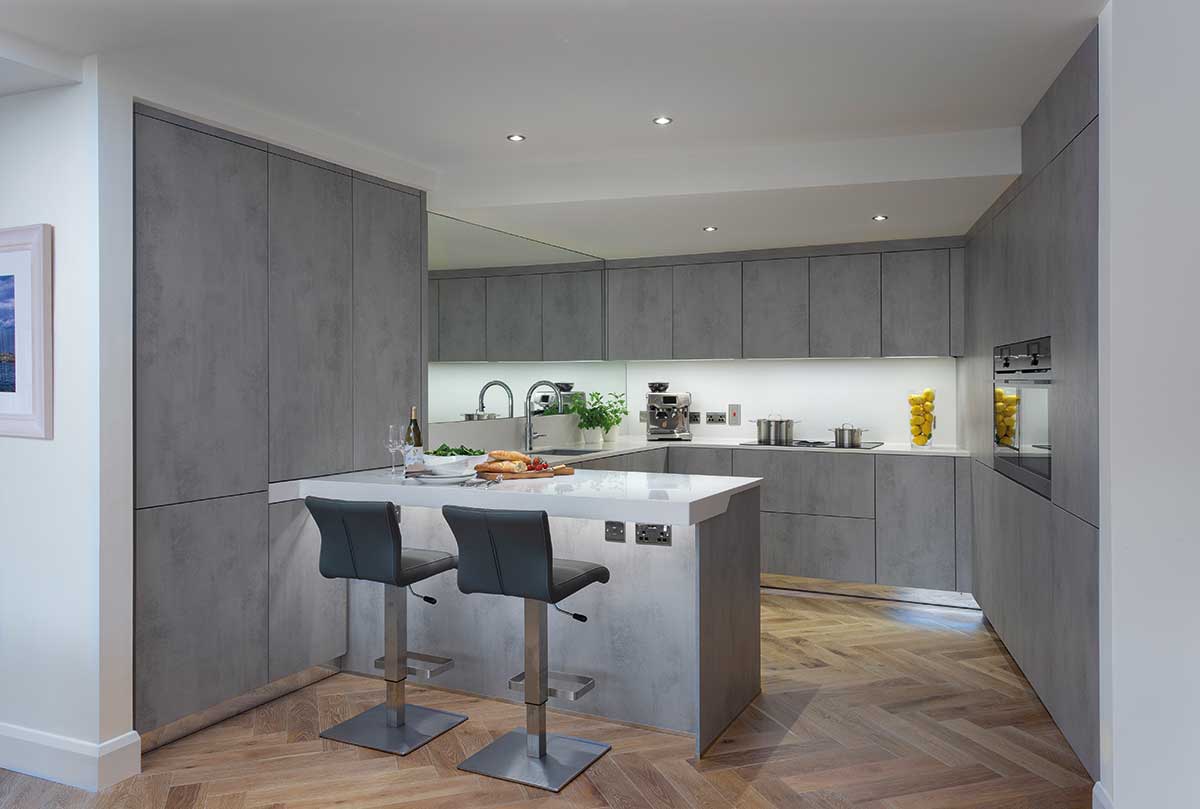 The Frankfurt kitchen was designed like a factory or laboratory based on workflow and time-motion studies and theories about hygiene and efficiency. Heights and depths became standardised for the typical human body. In Europe, German kitchen companies, like SieMatic and Bulthaup began to develop their own ranges with an emphasis towards function.

In western society in the period following the second world war there was a great push to get the women – who had gone out and worked so hard during the war effort – back into the home. The concept of the perfect housewife became fashionable in the 1950s, and this affected the aesthetic of kitchen design. General Electric in the USA marketed pink kitchens, with the industrial designer Raymond Loewy designing graphics for worktops and new materials like plastics and Formica in buoyant brash and futuristic styles.

In Ireland in the 1950s, thanks to rural electrification, kitchen appliances were becoming more popular but fitted kitchens in the modern sense were the reserve of the middle classes. Irish rural kitchens still tended towards the holy trinity of range cooker, dresser and kitchen table as worksurface. It was not until the 1970s and 80s that the number of companies in Ireland 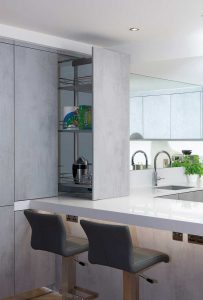 offering fitted kitchen furniture began to grow. In the 1980s the dark solid oak door with its cathedral arch panel, became popular and then in the 1990s the blond maple Shaker door. Late to the party, the Irish fitted kitchen became one of big money and aspiration.

And so during the Celtic Tiger period the kitchen industry in Ireland boomed. In a country not renowned for its hot weather American style fridge freezers with their built-in ice dispensers are now commonplace, while expensive granite became more associated with countertops than headstones. Irish kitchens moved to modernity with great speed; today contemporary styles
focused on function and low-maintenance are now the most prized.

People shopping around for kitchens soon become aware of the Shaker door, which refers to a plain door with a square solid frame and recessed inset panel. The name derives from the Christian religious sect the Shakers, similar in some ways to the Quakers, who settled in parts of New England from the seventeenth century and became renowned for their distinct yet simple style in architecture and furniture. Shaker doors became popular in kitchen design in Ireland in the 1990s. 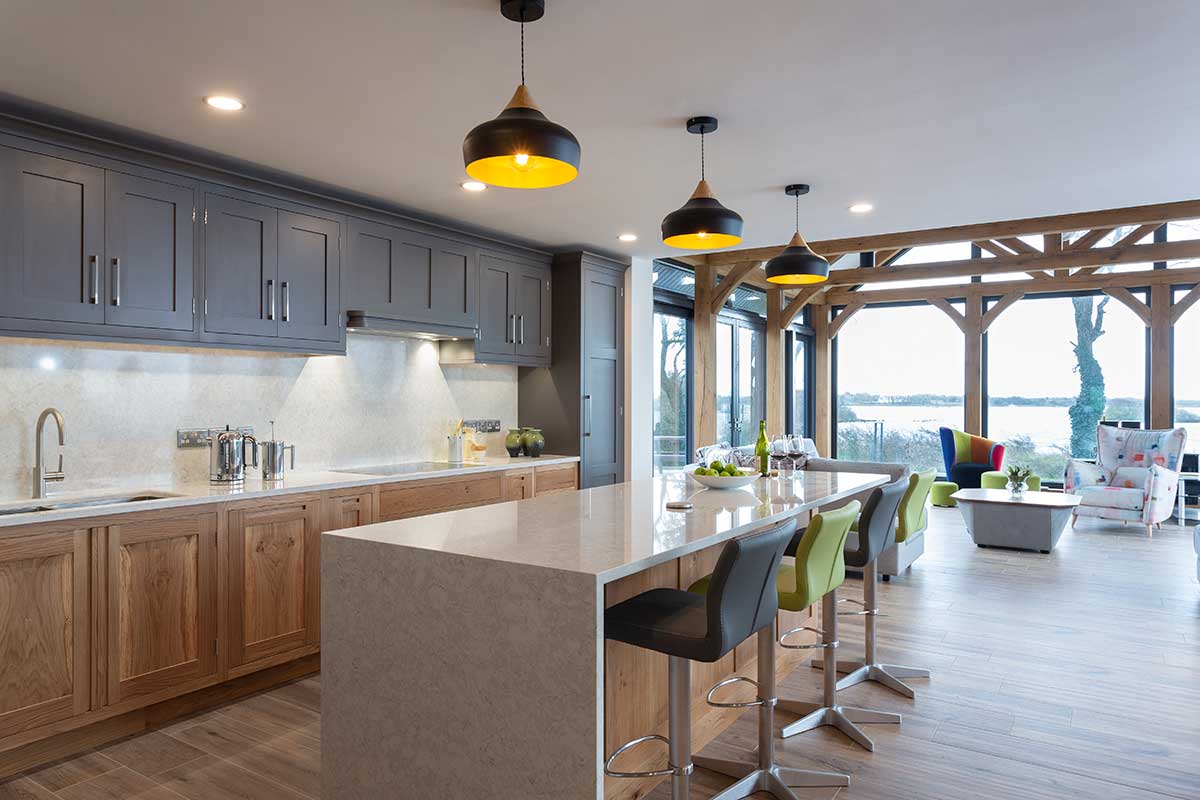 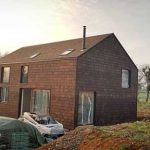 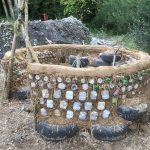