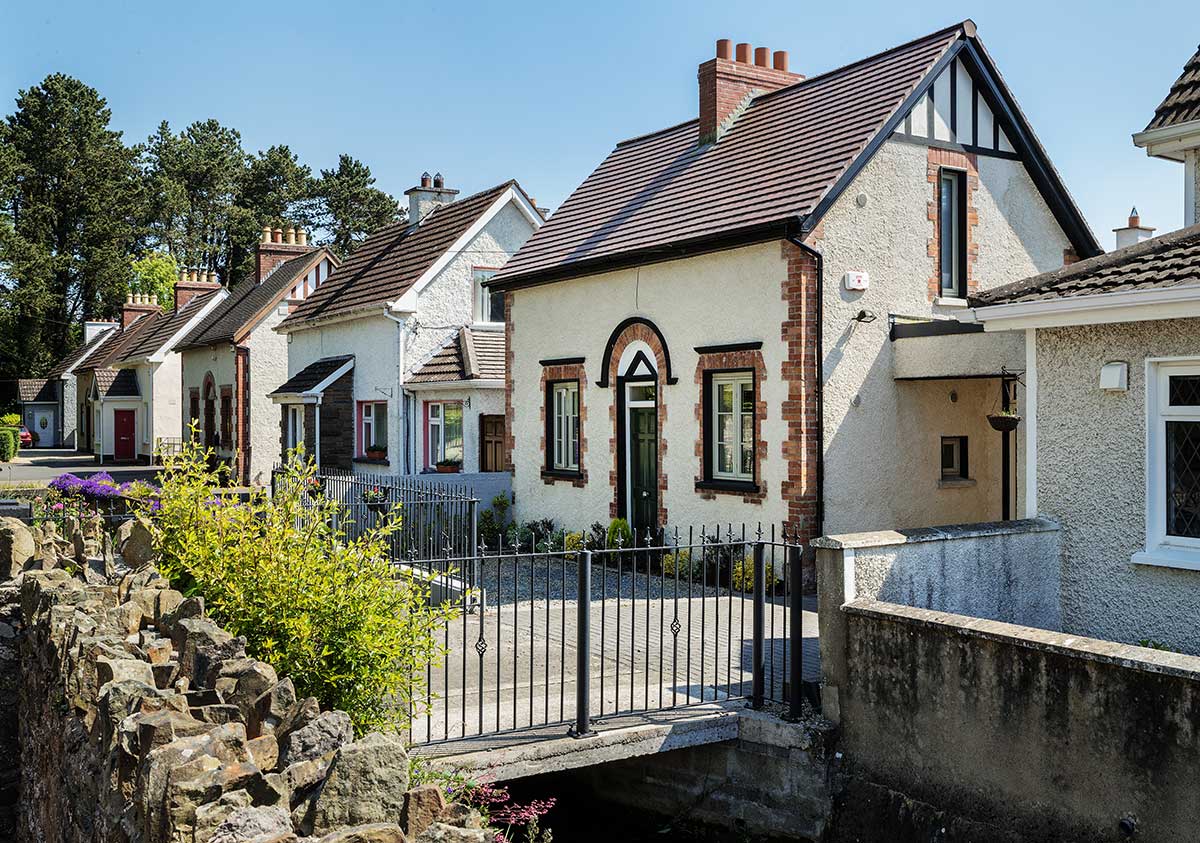 Building a family home in a sought-after area, such as the Dublin commuter belt, may leave you with a renovation project on your hands; for Brendan and Sheila McCann of Co Kildare the makeover consisted of a house just 10m wide.

“We lived nearby and walked by the stream that runs in front of this row of houses, and thought it was a nice place to be. When we saw a sign that it was up for auction we decided to go, more in hope than expectation,” recounts Brendan. At the time, Sheila and Brendan were living in a three-bedroom semi-detached house with a growing family, initially toying with the idea of an extension but as the property didn’t lend itself to one, they were keeping an eye out for opportunities. “This was in 2011, at the bottom of the crash, and as I had no experience with auctions my father came along to help us navigate,” says Brendan. “We’d gone to see the house, it was narrow but the site was 40m long which we thought would make a great extension project.” 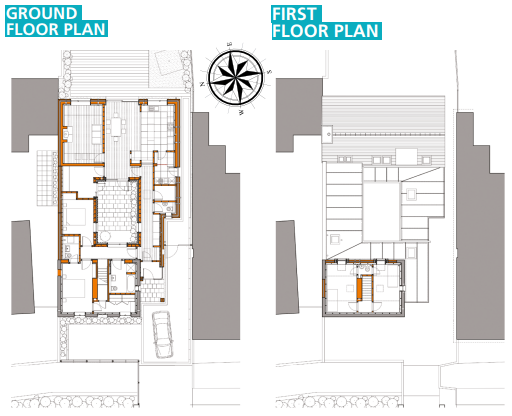 “From the inside it was run down, it had been rented and not really taken care of. Despite this we knew it had huge potential,” adds Brendan. “There were quite a few people at the auction but only three were seriously bidding.”

“We had a figure in our head and almost reached it – the auctioneer said it went for a third of what it would’ve gotten three or four years previous, during the boom,” continues Brendan. “After we bought the house, we took a big sigh, and decided not to jump right in. We thought we’d do nothing for two to three years.”

But things started moving more quickly than anticipated. “We made contact with our architect, who advised us on how to proceed with the design and the planning application. As it became more real, we became more excited and that’s what got the ball rolling,” says Sheila. “Our architect was our guide throughout and we kept him on as project manager. This was probably the best decision we made. He was very thorough and his attention to detail second to none.”

“We also started learning more about the history of the house, built in the 1880s, rumour has it these terraced homes belonged to factory workers who made the carpets for the Titanic,” adds Brendan. As there was no rush to move the couple took their time with the design, dedicating a year to it. “We’d originally thought of a family sitting/kitchen open plan area but then changed it so that the kitchen would be separated from the hustle and bustle, to make it more private,” explains Sheila.

“We also added extra rooflights as we wanted as much light as we could afford. With the vaulted ceiling and dormer style we had quite a bit of roof space.” 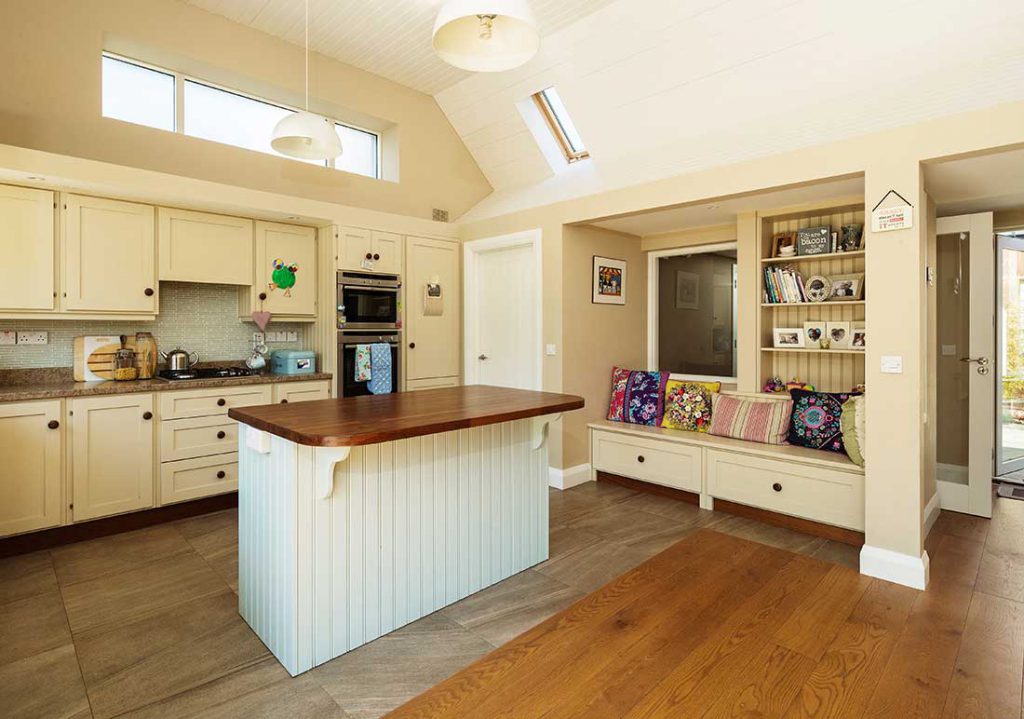 Under the guidance of their architect, the couple went to tender in January 2013 with four builders. “Some we’d sourced ourselves others via our architect,” continues Brendan. “We were confident all four could do the job, but had to choose one and he turned out to be excellent. The build started May 2013.”

Both Sheila and Brendan were working full time and expecting their third child. “Building your own house is a stressful process, you have to make decisions, quickly, all the time,” says Sheila. “And there’s the need to be on site on a regular basis to keep on top of things.”

‘All of the functional aspects are in the darker areas to make the kitchen as bright as possible, and that has paid off. In our previous home it was dark and we didn’t want a repeat of that.’

The renovation was an extensive one; the building was gutted and the 1950s lean-to addition was demolished. The four original walls of the house were left standing to make room for a new layout. The older part of the house now contains two small bedrooms upstairs, and the master bedroom with family bathroom downstairs. The new portion consists of a courtyard and extension with open kitchen area. “From the beginning it was clear the narrow site presented some challenges, but also opportunities. There was not much width to work with and so the courtyard solution came up early on,” says Brendan.

“We’d gone to Italy on holidays and really liked the concept of atriums, and external gardens in the middle of the house.” 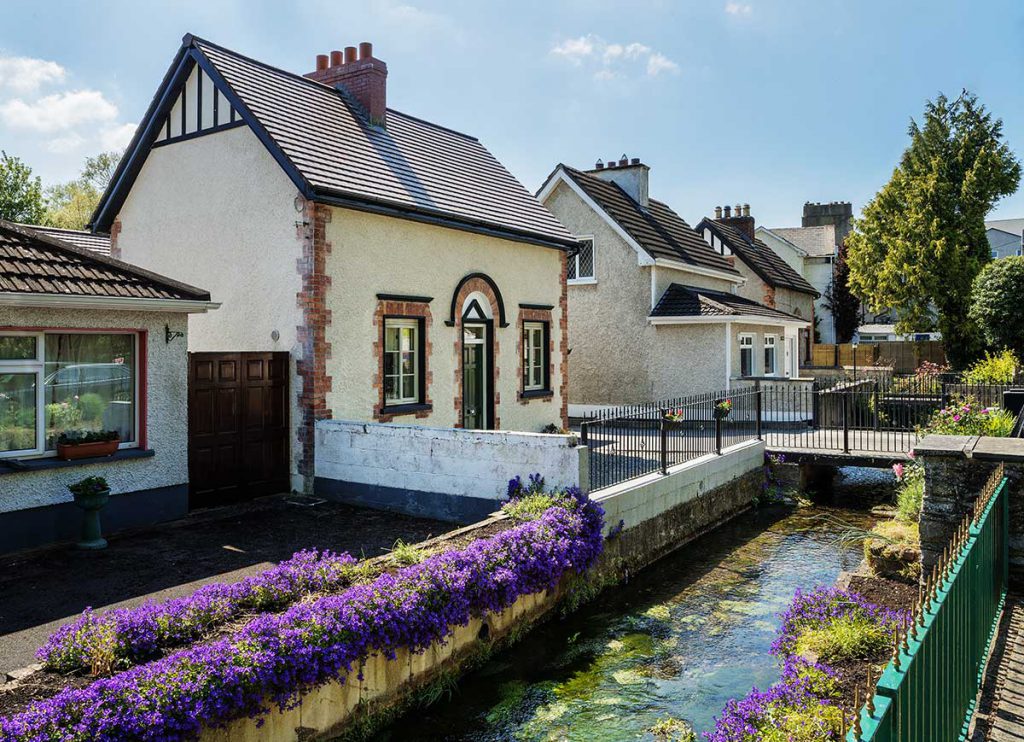 The challenge was to bring natural light where it mattered most. “All of the functional aspects are in the darker areas to make the kitchen as bright as possible, and that has paid off. In our previous home it was dark and we didn’t want a repeat of that.”

As can be expected, a lot of thought was given to the windows. “We ruled out triple glazing as we felt the insulation of the walls was already so good we didn’t need to spend extra.”

They got planning the first time around and kept a good relationship with their neighbours throughout the process. One of them even allowed access into their back garden to help with construction. “The builder was excellent at keeping the site tidy and minimising disruption,” comments Brendan. The elongated shape of the house also meant they had to get some custom made furniture. “Our L shaped sofa was handmade to fit the narrow space. We thought a standard two-seater with armchair may have felt too fussy,” adds Brendan.

Go with the flow

As with the majority of self-builds, the budget dictated some key decisions. “We looked at a heat pump and renewables in general but the cost was too high, and we decided we’d rather spend the savings on the finishes.”

“Considering the surface area we installed underfloor heating downstairs, radiators upstairs, and a gas boiler, with solar panels for hot water to comply with the renewables requirement of the Building Regulations.” Their house is twice the size as their previous one yet they spend half in fuel bills and keep the home at a steady 20degC. “The underfloor heating is zoned, we can control the living areas and the bedrooms separately. We have a setting for the hot water too,” says Sheila. “If I were to change one thing it’s to upgrade the thermostats – they’re a bit fiddly, for instance you have to change the time for daylight savings, it’s not done automatically.”

‘Rumour has it these terraced homes belonged to factory workers who made the carpets for the Titanic.’

There wasn’t enough room in the attic for a gravity fed system so a pump was installed, which has the benefit of providing good water pressure. “We provided as much detail as possible in the specification and I think that really saved us, our architect was very thorough and didn’t leave any stone unturned, and our builder delivered. Nothing came up during the construction that wasn’t in the original tender,” adds Brendan. “The main consideration in terms of cost was the high water table, so the drainage design took a bit of working out.

We put in a Sustainable Urban Drainage System (SUDS), a lot of work went into this aspect and it was all included in the tender price.” “Thankfully the weather that year was unusually clement; it didn’t rain all summer. With our drainage issues, if the conditions had not been favourable it could have been very messy as we found fresh water springs at the back door.”

I would love to do it again, if the children were older and one of us were working part time. We found the logistics very difficult at the time we embarked on our project. Still, I’d like to try my hand at it again, possibly on a green field site although I must say seeing an old house transformed is really satisfying, so it’s a tossup what the next project will be… that’s if I can get Brendan to agree!

The utility is probably on the small side for a household of five but we had to make the budget work, and this is one area where we made a saving. Every additional square meter has a cost.

A strong connection to the history and the surroundings was a key aspect of this project, with the budget dictating some of the solutions. “To replace the original slates would have been too expensive, so we went with replica concrete slates, which I think work well,” comments Brendan. “At the courtyard between the new and old we’d chosen zinc but the cost was prohibitive so we used a proprietary membrane instead that looks like zinc. It was important to have a nice finish as the two bedrooms upstairs have windows looking onto it.”

Then of course there is the stream at the front which sets the scene. “When we bought the house, the garden was completely overgrown, so we basically flattened it out and seeded a lawn,” adds Brendan. “There’s a chestnut tree in the middle we debated getting rid of. Instead we cut it back and added shrubs around it. We always liked the tree there.”

As with all home projects, there’s still plenty to do. “We have recessed areas along the hall ready for shelving and we’ve yet to get a mantelpiece for the living room,” considers Brendan. “It’s a work in progress, and we’re enjoying putting our touches to the finishes.”

“Self-building is a bit like a marathon, in the middle of it you tell yourself ‘never again’ but at the end you feel great.” 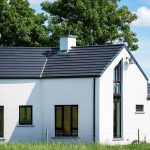 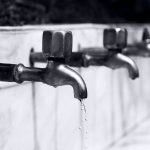