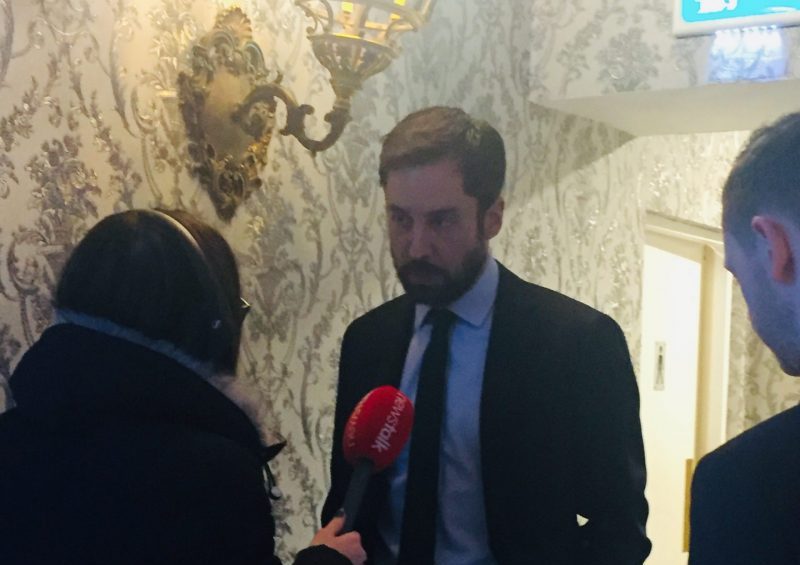 ROI Minister for Housing Eoghan Murphy told Selfbuild the “locals only” planning rules are likely to change next year.

Locals-only rules prevent people without proven ties to the community to get planning permission on some greenfield sites, a policy that has led the EU to take legal proceedings against Ireland over a decade ago.

A working group was set up at the start of 2019 but it wasn’t reconvened as planned in September: “While the group did not formally convene in September, discussions and deliberations of officials are ongoing,” a spokesperson for the Department of Housing told Selfbuild in October 2019.

“We’re doing work with the [European] Commission and when that work is completed we will be able to update the guidelines from 2005,” Minister Murphy told Selfbuild at the NZEB Forum in Dublin on the 14th November 2019.

“We’re hoping for progress soon; I don’t think we’re going to see progress before the end of the year unfortunately. But it is a priority for us when it comes to what we’re trying to do with the National Planning Framework.”

“By the end of this year we will have concluded the Regional Spatial and Economic Strategies and from the beginning of next year every county has to amend their County Development Plan so that’s a key time for us to come with the revised guidelines and we’ve completed the process with the Commission. It’s very important to us.” 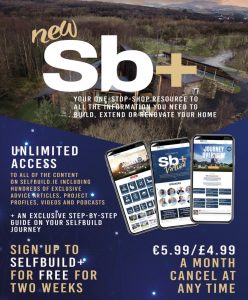 Selfbuild+ Offer – 14day FREE trial – Sign up to become a Selfbuild+ member and receive hundreds of articles, podcasts, videos, a self-build step-by-step journey and the quarterly Selfbuild Magazine with free delivery. Get your 14day FREE trial today and opt out at any time you wish..

The Department of Housing’s official position as supplied to Selfbuild by the press office, is as follows:

“Following engagement between the European Commission and the Department regarding the European Court of Justice ruling in the “Flemish Decree” case, a working group was established to review and, where necessary, recommend changes to the 2005 Planning Guidelines on Sustainable Rural Housing, issued under section 28 of the Planning and Development Act 2000, as amended.  The working group comprises senior officials from the Planning Division of the Department and senior officials from the Planning Divisions of local authorities, nominated by the local government sector.”

“Taking account of the engagement with the European Commission regarding revisions to the 2005 Rural Housing Guidelines and subject to the completion of the ongoing deliberations by the working group, the Minister will be in a position to finalise and issue to planning authorities revisions to the 2005 Guidelines that take account of the relevant European Court of Justice judgment.”

Update March 2020: Some self-builders fear Meath County Council’s Draft Development Plan 2020-2026 could “mean that one off houses been built in rural areas will be a thing of the past, unless you are actively farming 25 acres or more of land”.

Update July 2020: According to the press office, changes are due by the end of this year: “The 2005 Sustainable Rural Housing Guidelines are framed in the context of the National Spatial Strategy (NSS) 2002.  Given the many changes in policy and in wider society since 2002/5, the superseding of the NSS by the National Planning Framework (NPF) in 2018, together with other factors, the Sustainable Rural Housing Guidelines now require updating, in a broader rural development and settlement context.  The Department intends to bring forward updated and comprehensive Guidelines before the end of the year, that will fully reflect NPF objectives and will bring clarity to the issue of rural housing.  In the interim, the NPF objectives together with the 2005 Guidelines, enable planning authorities to continue to draft and adopt county development plan policies for one-off housing in rural areas.”

Under the Guidelines for Planning Authorities on Sustainable Rural Housing 2005, planning authorities are required to frame the planning policies in their development plans in a balanced and measured way that ensures the housing needs of rural communities are met, while avoiding excessive urban-generated housing and haphazard development, particularly in those areas near cities and towns that are under pressure from urban generated development.

The Guidelines identify four rural area types in respect of which planning authorities may formulate policies for ‘urban generated’ and ‘rural generated’ rural housing.  Section 3.2.3 of the Guidelines suggests that in areas “under major urban influence”, planning authorities may define “rural generated” housing need for “Persons who are an intrinsic part of the rural community” and for “Persons working full-time or part-time in rural areas”.

The National Planning Framework (the NPF) provides an important strategic basis for interpreting the 2005 Guidelines.  National Policy Objective (NPO) 15 of the NPF fully supports the concept of the sustainable development of rural areas by encouraging growth and arresting decline in areas that have experienced low population growth or decline in recent decades, while simultaneously indicating the need to manage certain areas around cities and towns that are under strong urban influence and under pressure from uncoordinated and ribbon-type development, in order to avoid over-development of those areas.

National Policy Objective 15 is supplemented by National Policy Objective 19, which aims to ensure that a policy distinction is made between areas experiencing significant overspill development pressure from urban areas, particularly within the commuter catchment of cities, towns and centres of employment, and other remoter and weaker rural areas where population levels may be low and or declining.  NPF Policy NPO19 is intended to tie in with the generally established Guidelines approach whereby considerations of social (intrinsic part of the community) or economic (persons working full or part time) need may be applied by planning authorities in rural areas under urban influence.

Furthermore, under National Policy Objective 18b of the NPF, the Department is committed to developing a programme with local authorities, public infrastructure agencies such as Irish Water and local communities for the provision of serviced sites for housing to attract people to build their own homes and live in small towns and villages.

The Programme for Government commits to support the take-up of Irish Water’s Small Towns and Villages Growth Programme 2020-2024, which will provide water and wastewater growth capacity in smaller settlements, which would not otherwise be provided for in Irish Water’s capital investment plan and to ensure that the Rural Regeneration and Development Fund supports the development of such projects.

Both the Rural Regeneration and Development Fund and its urban counterpart (URDF) – with a total of €3 billion available between both funds to 2027 – are supporting new ideas and new initiatives to renew rural villages, as well as towns and cities. The Rural Fund provides an unprecedented opportunity to support the revitalisation of rural Ireland, to make a significant and sustainable impact on rural communities, and to address de-population in small rural towns, villages and rural areas. It will be a key instrument to support the objectives of the National Planning Framework, and in particular to achieve Strengthened Rural Economies and Communities – one of the National Strategic Outcomes of Project Ireland 2040.

Update January 2021: Dept of Housing press office did not provide an answer to the question of when changes to locals only rules are to be expected. Their full reply below:

“The 2005 Rural Housing Planning Guidelines provided the planning policy framework for the provision of ‘one-off’ housing in rural areas outside settlements. These Guidelines followed on from the 2002 National Spatial Strategy and sought that a distinction be made between urban and rural generated housing need –  with planning authorities empowered to define rural generated housing needs within their own statutory development plans.”

“Accordingly, planning authorities subsequently prepared their own rural housing strategies that include a definition of ‘rural area types’ which identify areas, for instance, that were under pressure for urban generated housing not related to rural areas or rural communities.  While there is some provision for housing need based on economic grounds (e.g. farming), all rural planning authorities also devise ‘social need’ type policies for qualification for planning permission for a new dwelling, generally based on family ties to a ‘local’ area, or residence in the area for a substantial period of time.  The nature of the familial relationship, the geographic extent of what may be defined as ‘local’ and the number of years needed to establish a connection to an area are all generally applied, and vary considerably from local authority to local authority.  This ‘locals only’ approach was subsequent identified by the European Commission to be in conflict with articles 43 and 56 of the EU Treaty regarding the freedom of establishment and the movement of capital. Infringement proceedings were initiated by the EU and the Department has been engaging with the Commission to agree proposals that meet public policy objectives such as reducing unsustainable development but that are also compatible with EU law.”

“The National Planning Framework, was published in 2018 and provides for the revitalisation of rural areas including rural towns and villages, recognising the importance of strong rural areas. Similar to the previous National Spatial Strategy, the NPF seeks to protect rural areas from excessive urban based demand for housing in the open countryside by identifying that a social or economic need be demonstrated by applicants for housing provision in certain rural areas.  Importantly, the NPF provides an updated framework within which to clarify planning policy with regard to rural areas, including defining appropriate social need criteria. Particular language, i.e. Gaeltacht communities, that are in need of support and protection will be considered under the social need framework indicated.”

“Further to this, the Department is undertaking a review of the 2005 guidelines to update them in line with the NPF policy framework and policy objectives. This review will examine and further detail future social need criteria that may be included in revised Rural Housing Guidelines – that will be prepared and subsequently issued to inform local authority development plan provisions.”