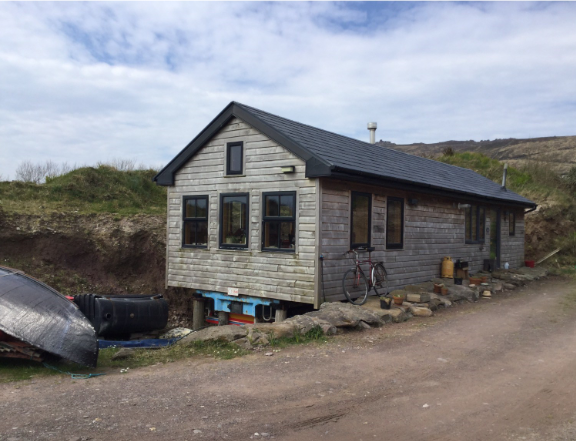 Breanndán Ó Beaglaoich’s application to build a vernacular cottage was rejected in April on the grounds that the house would be “unduly obtrusive on the landscape” and that it would extend, consolidate and set a precedent for ribbon development “of a suburban nature”. 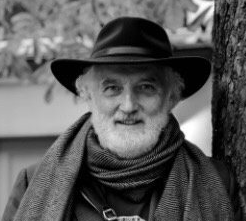 The well-known Kerry musician has fought a decade long battle to get planning permission on family land, but has repeatedly been turned down despite his attempts to conform to the planners’ requirements.

“My planning has been turned down. Again,” he tells Selfbuild. “What else is new at this stage.” An objection to his 2019 application was on the grounds of wastewater treatment, which was resolved in this current application.

The planners also objected to the house being visible from the roads to the south and sout-east of the site, stating that it would “interfere with views and prospects which it is considered necessary to preserve.”

Based on his experience battling the planners since 2008, Breanndán is now a man on a mission to reform the planning system, arguing individual planning officers are not accountable enough and that their decision to grant or refuse an application is arbitrary.

He argues that the current rules, in particular Cluster Housing guidelines, are hurting rural Ireland. They are so onerous, he says, that people can’t afford to build their own homes and in turn, revitalise rural towns and villages.

Breanndán believes the planners do not take into account local knowledge of important factors such as wind direction or where the flood plains are, and do not do enough to preserve the local Gaeltacht culture.

“The problem is that I’m a human being,” he says. “Since I started this, three massive sheds have gone up in [my] village.”

Part of this year’s planning application included removing the temporary house on wheels Breanndán built himself to live in while waiting for planning permission.

Kerry County Council has threatened to send him to jail for two years if he doesn’t remove the temporary structure, which does not have planning permission.

Yet Breanndán describes it as the “most passive house in Kerry”. It is insulated to the highest standard and he only needs a small stove to keep warm in winter.

“My house is a passive house 730 square feet, built with the best of materials, costing €40,000 maybe. If Kerry CoCo copied it there would be no housing problem,” he adds.

For more about the story, listen to the May 2020 edition of the Selfbuild podcast: