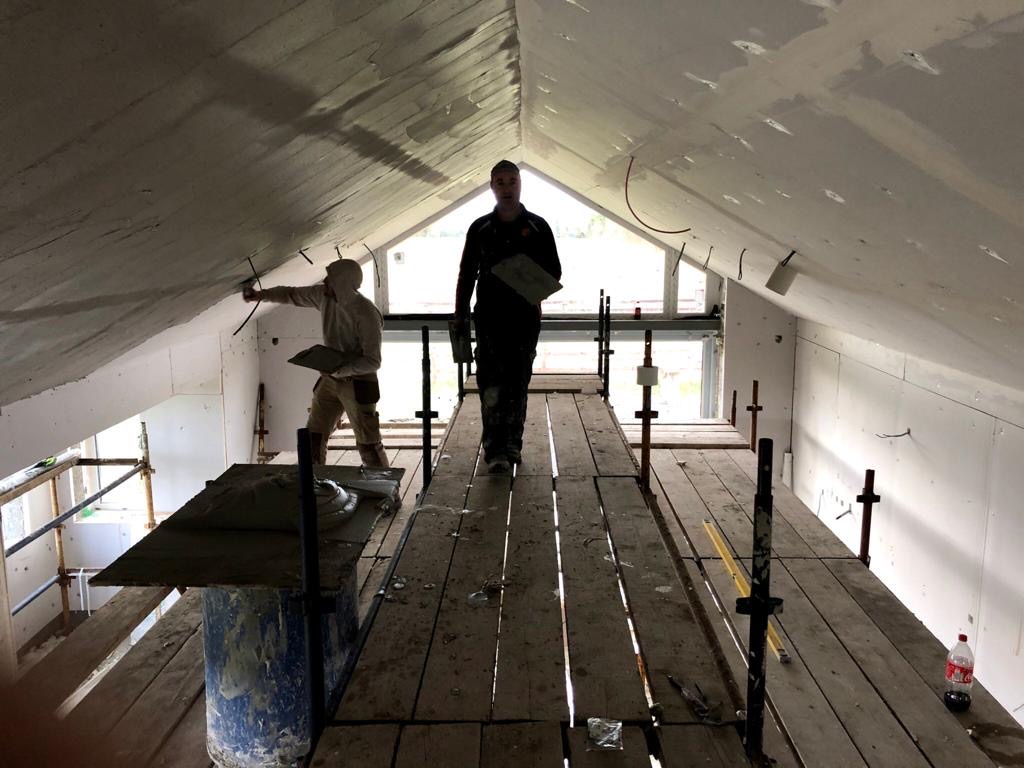 Coronavirus containement measures have stalled all self-build sites in NI and ROI.

The coronavirus outbreak had, as of early April 2020, brought much of the economy to a standstill, with small builders feeling the pinch early as the 19th of March.

The first case of COVID-19 in humans was detected on February 27th in NI and February 29th in ROI, with government measures on both sides of the border to stop the spread of the virus becoming increasingly restrictive with time.

How this has been affecting self-builders has been a bit of a moving target but as of March 27th, non-essential building sites have been shut down as delivery of materials from builder’s merchants are no longer possible.

The situation has caused some confusion in NI and also in ROI where the government’s guidance regarding what emergency deliveries consist of. Builder’s merchants and hardware stores seem to only be allowed to supply materials and tools for emergency repairs and work on premises that are directly dealing with the pandemic.

Self-builders are now mostly tackling hands-on DIY jobs such as gardening and painting. Here’s the experience of a self-builder based in Co Offaly.

After the UK’s prime minister’s call to stop all non essential work on the evening of the 23rd of March 2020, most self-build sites ground to a halt as of the 25th as builder’s merchants closed their doors to the public.

In ROI hardware outlets remained open until the 27th of March with personal distancing rules which included customers waiting outside two meters apart until a member of staff signalled the occupancy level indoors was acceptable.

The stores were asking that customers pay by credit card, with contactless payments having been increased to €50 from €30. Stores also encouraged customers to order over the phone for delivery on site or at the home.

Builder’s merchants in ROI were one of 14 on the government’s list of “essential retail outlets” which included food suppliers, petrol stations, dry cleaners and banks. Twelfth on the list were “hardware stores, builders’ merchants and stores that provide hardware products necessary for home and business maintenance, sanitation and farm equipment, supplies and tools essential for gardening / farming / agriculture.”

In ROI as of the 26th March 2020, planning and building control systems remained open for business with local authority public offices and the Offices of An Bord Pleanála remaining open. However measures may be introduced to delay applications, for example, to allow people to make objections or submissions to proposed developments.

“Many of the systems including the Building Control Management System can be accessed remotely over the local authority network, while in the case of planning, there are established systems in place that enable people to view planning applications and make submissions on-line in many planning authorities, which can be maximised,” read the press release.

The solicitors point out that even though most internationally used construction contracts include a clause of force majeure, there is no standard legal definition of what such an eventuality means.

Relying on this clause would mean having to show that “the impact of the pandemic is the sole reason” for not meeting obligations under the contract, said the solicitors. Other clauses to rely on have to do with an inability to secure essential labour and materials.

Mortgage providers are offering three month holidays, whereby repayments are paused for three months if you are financially affected by COVID-19. However, interest will accrue over this three month period, so this measure is not like hitting the pause button.

Then, with the family at home 24/7 and computers working all day, self isolation is fast translating into a high demand for power and heat. Tax breaks are available for people working from home to cover utility bills, which could help ease the burden.

An analysis by UCC, meanwhile, shows that households are now consuming electricity as they would at the weekends.

Leading online retail platform Amazon continued to make deliveries, and with the postal service still operating, this avenue seems to be a way to get any kind of goods delivered.

Online retailers in general do not seem to be significantly affected; for example clothing and accessories vendor Life Style Sports indicated their online sales were up 50 per cent as of the 23rd of March. As of the 29th the store’s website said their warehouses remained open for deliveries.

New house prices in ROI are expected to fall by 20 per cent due to the coronavirus, according to a report from Davy Stockbrokers. The economy, meanwhile, could contract by over 7 per cent this year and unemployment could soar to 18 per cent, the Economic and Social Research Institute has warned.

Selling your home now may seem incongruous but if you are already in the process, conveyancing firm JMP Solicitors says much of the process can continue as banks remain open.

Pantone’s Colour of the Year for 2020 is the Classic Blue, which apparently “highlights our desire for a dependable and stable foundation on which to build as we cross the threshold into a new era”.

According to Pantone, as technology continues to race ahead of the human ability to process it all, the trusted and easily relatable Classic Blue lends itself to relaxed interaction, tranquillity, resilience and concentration. Just what we need in these uncertain times. 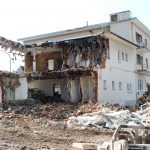