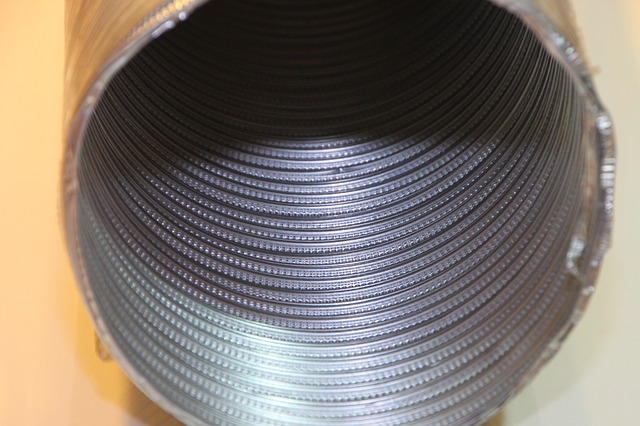 The ROI building regulations are currently under review to make nearly zero energy buildings (nZEB) mandatory for all new builds by 2020. The changes, Selfbuild understands, are expected to make whole house mechanical ventilation a requirement for self-builds.

The details of the new energy efficiency (Part L) and ventilation (Part F) Technical Guidance Documents are expected to be published in draft form in the first quarter of 2018 as part of the public consultation process, Sean Armstrong of the ROI Department of Housing told delegates of the World nearly Zero Energy Buildings (nZEB) forum in Wexford yesterday (16 November 2017). 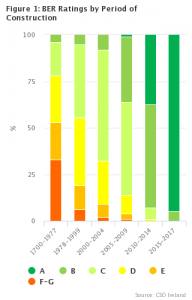 The current version of Part L, in place since 2011, on average achieves a Building Energy Rating (BER) of A3. Between 2015 and 2017, 94 per cent of all new builds achieved an A on the building energy scale.

This next round of Part L is expected to aim for a BER of A2. “We’ve done a lot of the heavy lifting already,” Armstrong told delegates, referring to the advanced building fabric requirements in the current version of Part L.

The most significant changes to Part L will therefore have to do with increasing the airtightness requirements for new builds. Selfbuild understands they will be tightened up from the current 7m3/hr.sqm at 50 Pa to the more commonly achieved figure, on site, of 3m3/hr.sqm. Another important aspect is setting a requirement to calculate thermal bridging; default values are acceptable in current regulations.

The renewables component may be tightened up too. At the moment a Part L compliant house can include fossil fuel sources but must have at least one renewable source of energy, e.g. solar thermal panels. The new regulations may for instance require more contribution from renewables. Examples of renewable technology include heat pumps, biomass and microgeneration (on-site electricity production).

Part L is being tightened up to meet the near zero energy building requirements of the European Energy Performance of Buildings Directive.

The knock-on effects of increasing the airtightness requirement will be tackled in the public consultation for Part F to deal with indoor air quality and ventilation. Poor indoor air quality can lead to health problems, especially respiratory conditions.

Part F currently makes provisions for natural ventilation, which in practice consists of introducing a set number of holes-in-the-wall or vents in windows.

This method has been criticised by design professionals because it tends to lead to draughts (and to subsequent blocking up of vents by occupants) and does not always ventilate to the level required at all times, especially in bedrooms which need more ventilation at night.

A study by Wexford County Council that was presented at the nZEB Forum, compared homes built to current building regulations standards (2011 energy efficiency requirements) with natural ventilation, to those built to the Passive House standard (a low energy methodology) with mechanical ventilation. 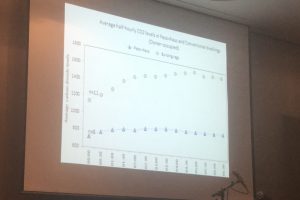 The other big difference between the regulations-compliant and the low energy homes was in the utility bills.

Interestingly, the consistency of the temperatures achieved throughout the day had more to do with how the occupants used the house than the construction method.

Furthermore, Wexford County Council’s Padraig O’Gorman told delegates that building to this higher threshold only cost about 2 per cent more than a minimum regulations compliant new build, a figure other speakers agreed was representative of the additional cost of building a nearly zero energy house today.

There will be two ways for renovators who upgrade 25 per cent or more of their building fabric to prove compliance with the new Part L, Armstrong told Selfbuild. The method will be in line with how commercial buildings can prove compliance, by either opting for a menu of options or achieving a set standard such as achieving a value on the Building Energy Rating scale.

The level of energy efficiency required for buildings undergoing significant renovation will depend on a cost benefit analysis, which Armstrong told SelfBuild was currently being carried out by engineering firm Aecom.

The department’s latest cost-benefit analysis dates back to 2013 and at the time it indicated that achieving a B3 was cost effective but it is possible that the new study will recommend a better performing figure as low energy products have now become mainstream.

Armstrong told Selfbuild he expects a January 2018 publication date for the consultation to Part L for Dwellings with a two month public consultation period, and hopes to be finalising the legislation within six months.

He expects the new regulations for dwellings to come into effect on the 1st January 2019.

Meanwhile Part L for Buildings Other Than Dwellings will passed into law this November, Minister Eoghan Murphy told delegated at the nZEB Forum, making those new rules mandatory from the 1st of January 2019. The public consultation for buildings other than dwellings was launched in March 2017.

A 2020 date may therefore seem more likely for the new Part L for Dwellings to come into force, considering the consultation period will start in 2018.

UPDATE 09/02/18: The Department of Housing tells Selfbuild the schedule for publication of Part L and Part F public consultation is end of March 2018. 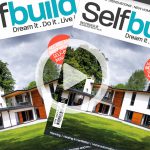 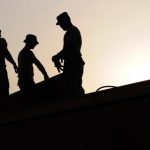