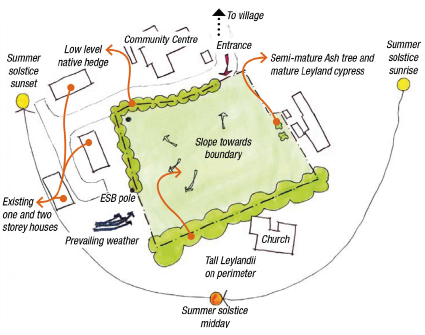 Self-builders will get access to serviced sites, if the Programme for Government published June 15th 2020 is voted through on the 26th of June, but the shift in policy is likely to curtail one-off housing in the open countryside.

The scheme would see local authorities selling serviced sites (with utility connections and ready road access) at cost price to people wishing to build their own home.

The plan aims to discourage one-off housing in the countryside, instead clustering houses in rural towns and villages to mimic the way our ancestors built clachan settlements in the past.

According to Fine Gael’s Martin Heydon, the Rural Serviced Sites scheme will target 700 towns and villages with populations of less than 2,000 people, to boost population growth outside the main cities, as set out in Project Ireland 2040.

The serviced sites will only be sold to owner occupiers, i.e. self-builders, and is similar to mainland UK’s Right to Build (excludes NI).

Fine Gael had signalled its plan to introduce a Rural Serviced Sites scheme during the government formation negotiations. The leaders of Fine Gael, Fianna Fáil and the Greens have approved a Programme for Government and, once the respective parties approve it in a vote on the 26th June 2020, the plan is expected to go ahead.

The document (excerpt above) presents design options for those who wish to build and design their own homes in existing rural communities, within town boundaries.

The aim is to “strengthen our villages for generations to come.”

The document provides some very specific design guidance, including wall finishes where it discourages the use of stone on all elevations. The document favours light wall colours to the detriment of “engineered cladding effects”.

Guidelines in relation to planting are also clear, specifying heights for hedgerows for example. Specific case studies are also given as best practice guides.

What is unclear is whether this policy, if rolled out nationally, might replace the infamous locals-only rule whereby prospective self-builders have to prove a connection to the land before building.

If that is the case, cluster housing zoning laws could spell the end of one-off housing in the open countryside.

According to the Irish Independent, self-builders buying the sites will be asked to contract a developer to build their home, with the sites large enough to accommodate between four and six new houses. At the moment it seems that at least 1,400 sites in rural communities are earmarked for around 8,000 new homes.

“Under the Rural Serviced Sites scheme, local authorities will sell sites at cost price to people wishing to build their own home,” Heydon said in January. “Sites will be serviced with water and electricity, helping to reduce the cost of building a home. Our scheme will encourage families and individuals to live close to schools, shops, pubs, sports clubs and local amenities, improving quality of life and helping local businesses.”

Heydon’s statement explains the scheme will be self-financing and that local authorities would be given seed capital to service the sites, i.e. connecting them to all necessary services such as water and wastewater, with the funding recycled back into the scheme as sites are sold.

Sites in public ownership would initially be identified by local authorities, and expressions of interest also sought from members of the public.

Potential number of towns/villages in each county: 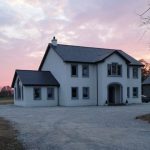