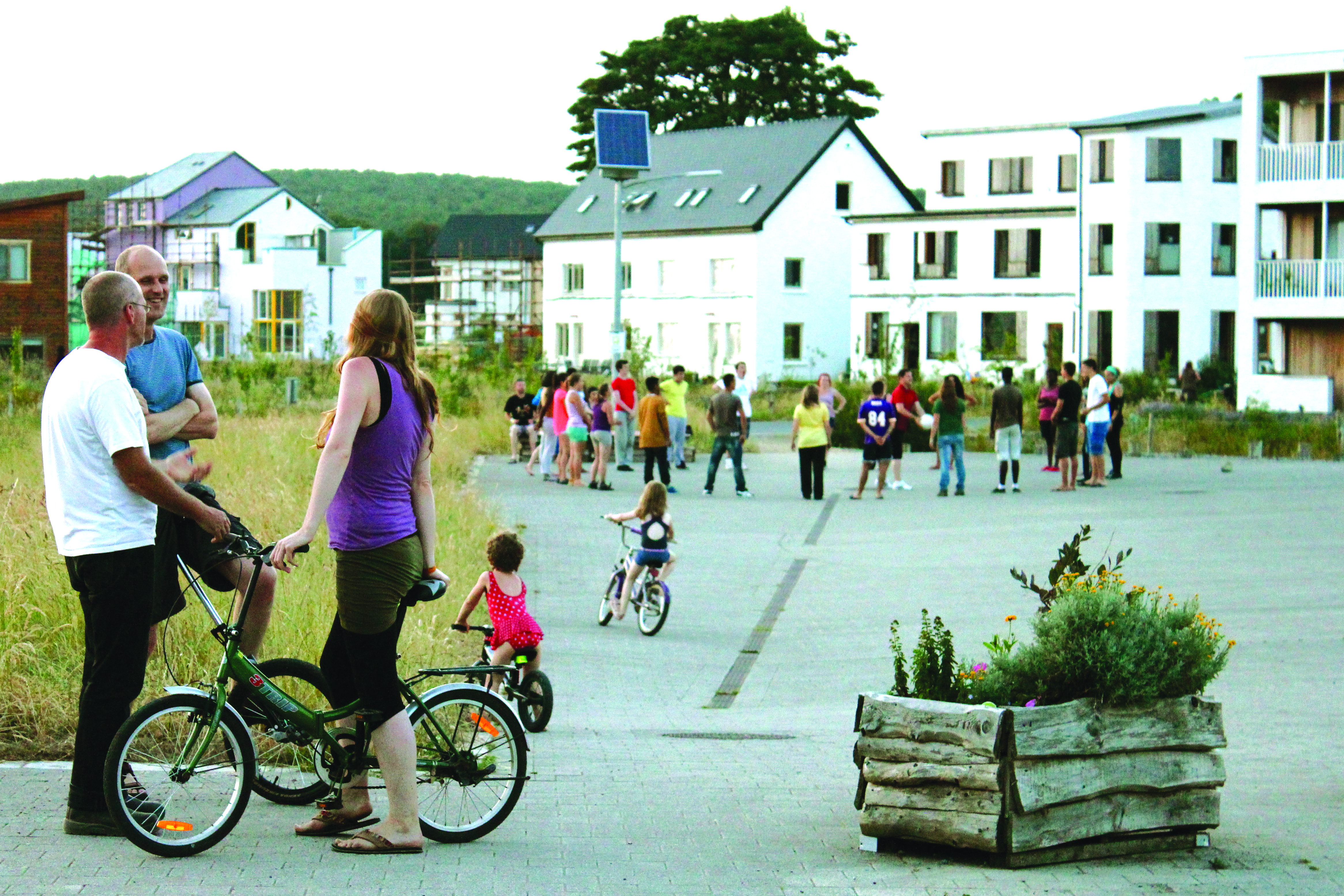 We should be building homes in village clusters, argues Emer O Siochru, just like our rural-dwelling ancestors used to.

How can self-builders help reverse the decline of rural towns?

To revive Ireland’s rural towns and villages, we need an alternative to badly built developer estates and isolated oneoff houses. Building secluded houses in the countryside is damaging to the environment and has negative economic and social impacts. What we need is a different model of self-build that enables people to build on land that’s practically free and within a community network that can provide the healthy close-to-nature lifestyle to which many people aspire.

We need to make it more economically rewarding to build and live sustainably, which in my view can only be done within walkeable settlements. The best method I’ve come across is community ownership of the freehold of the land and individual/family or cooperative ownership of the buildings on sites leased from the community, and I’ve been working with others to achieve this as part of a Community Land Trust Cooperative in Dublin.

Subscription Offer: Subscribe to the latest Selfbuild Magazines for €4.50/£3.90 every quarter with FREE Postage & Packaging.

There’s a tradition for self-builders to build on the family land, won’t that be difficult to tackle?

That’s simply not true; when free to do so the Irish chose to live close together. As the seanfhocal says: “Ar scáth a chéile a mhaireann na daoine”. In the 16th and 17th centuries, Irish farmers built dwellings in ‘farm villages’ loosely clustered around a village green as did many other European settlements. Agricultural land was allocated between families with ‘in fields’ strips of varying quality and shared ‘out fields’ for grazing, turf etc.

These villages were comprehensively destroyed by Cromwell during the second invasion because they were seen as hotbeds of native Irish resistance. The village inhabitants were dispersed locally to serve new English landlords or they were banished to Connaught where they quickly recreated their old villages as simpler ‘clochan’ villages on the poor soils of the west of Ireland.

The successful land struggle in the 19th and early 20th centuries led to the ‘right to buy’ but that right was only offered to the lucky head tenant of the absentee landlord. Most subtenants and landless labourers were forced to emigrate as a shift to grazing from mixed farming reduced the need for farm labour. The Congested Districts Board (CDB) ‘rationalised’ the landholdings by dispersing the remaining clochan villagers to individual farmhouses along the road with 14 to 30 acres often as ‘Rundale’ strips running up the hillside.

The skills and services that the village cluster used to provide to the community were not recognised, thus the specialisation of labour that underpins economic advancement was ended.
Following Irish independence, the Land Commission continued the work of the CDB to scatter the clochan farmers into larger holdings taking advantage of the now empty land. We lost more than half of our villages due to these purges – generally only market villages and towns survived.

Thousands of rural families were forced to emigrate under this anti-village policy. It could be argued that the Irish language was seriously undermined as it became identified with subsistence farming and fishing. English became the default language of commerce in the villages and towns of the west of Ireland.

What would a Community Land Trust look like in a rural context?

It would enable self-builders to build on a communal plot of land. The key is that it would be more economically advantageous than the alternatives – less costly than buying a house in an estate or building and living on a remote site. It would also enable more rural jobs and retain more of our young people at home. It is, hands down, the most attractive option in terms of amenities: the plots would be properly serviced and large enough to provide linked workspaces with communal land available for allotments or community supported agriculture.

Transport could be shared – no longer would it be necessary to own and run two cars. Children could walk to friends’ houses, adults could walk home from the pub. The set up would provide opportunities for sustainable incomes, in the renewable energy and organic food sectors for example. Studies have shown that every eight homes built in a walkeable settlement generates one local job on average. It’s a much less precarious employment alternative to what many rural communities have been relying on to date: building each others’ houses.

Instead a Community Land Trust jointly owned by homeowners and community stakeholders would acquire land in a suitable location. In our Dublin model, a linked Cooperative of planning and building professionals, potential users and the wider community would guide the design and development process of apartments and cohousing buildings. In rural areas and for individual house sites, a partnership with the local authority would be necessary. A Master Plan and Design Guide would be developed to integrate the new with any existing settlement and ensure that the new homes would be visually varied within common themes.

Roads and services, community gardens etc. would then be developed by the Trust and residential plots laid out. A Trust Charter would outline principles for the community and host a forum to resolve any disputes. Individuals, families and cooperatives would then be awarded building leases with perpetual leases subject to ground rents on completion. Self-builders and cooperatives would be required to collaborate to reduce compliance, insurance and buildings costs.

The homeowners would then pay an affordable ‘ground rent’ every year. Upon selling the house, bricks and mortar would be the only assets to pass on, with the land remaining in the hands of the Trust. Clauses would cover resale to avoid undermining the community spirit of the development; to make sure it remains affordable for locals to buy or to limit holiday homes or investors. For instance, if an investor were to buy one of the houses and put a high rent on it, the Trust could increase the ‘ground rent’ by the same amount to discourage the practice.

Today when you buy a house much of the cost (50 per cent in urban areas) can be for the land (location), not the actual house. It’s this economic underpinning that needs to be challenged.

Homeownership should be about quality of life, not about profit or the risk of negative equity. After all, there are plenty of examples of abandoned oneoff houses.

Are most of the savings to be found in economies of scale?

The self-build sites would be free up front and would be fully serviced so that’s the main saving; economies of scale would also apply when hiring builders and tradesmen – it seems builders are happy with seven per cent guaranteed profit as long as there is no financial or planning risk for them. The cost of servicing the site would be included in the ground rent to be paid over time.

Broadband, electricity and water connections would be cheaper and septic tanks would be eliminated in favour of anaerobic digestors co-located with pyrolysis reactors that would also take agricultural waste from local farmers. The community could benefit from cheap local biogas, electricity or hot water as appropriate.

Residents could car pool or at least run only one car instead of two and reliance on school buses could be reduced if not eliminated.

Even more important for social cohesion some social housing can be included so that no one who wants to join the community would be excluded for the want of wealth, means, old age or disability.

How feasible is it to finance?

The Community Land Trust model requires a significant upfront cost to buy land and service it. Public or charitable land where the owner is willing to accept payment over time would be very suitable. Land in rural areas, even in villages, is relatively cheap because of low demand and insufficient infrastructure. Government grants and low cost finance is available for the infrastructure for the right schemes. Credit unions or pension funds might also be happy to finance the land purchase of the completed development when the ground rents are fully underway and demonstrably secure.

Planner’s view: “It’s currently harder to get planning permission to build a house in an urban area, whether it’s an infill or brownfield site, than in the open countryside, even though technically the development plans want to encourage urban development.” Aiden O’Neill of Coakley O’Neill, Co Cork

SURVEY: The ROI average one-off house size is roughly 240sqm. How big a house would you need for a family of four? The answers, gathered on twitter and via our Facebook group SelfBuilders & Home Improvers Ireland, showed that most people felt that between 150 and 200 sqm was an adequate size. Interestingly, the ‘less than 150sqm’ category got more votes than the ‘more than 250 sqm’.

SelfBuild Ireland has just launched a range of build cost calculators powered by online budgeting tool ProntoCalc. The Build Cost Calculator gives you a rough idea of how much your project will cost, contractor led. It’s free, quick and easy. You can use it below:

Emer is a Dublin based architect and surveyor who specialises in designing and implementing sustainable systems and settlements. Her current projects are the Irish Biochar Cooperative, Local Public Banks and the Community Land Trust Initiative. 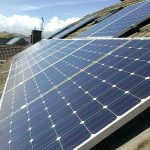 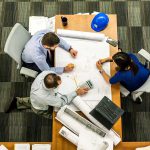