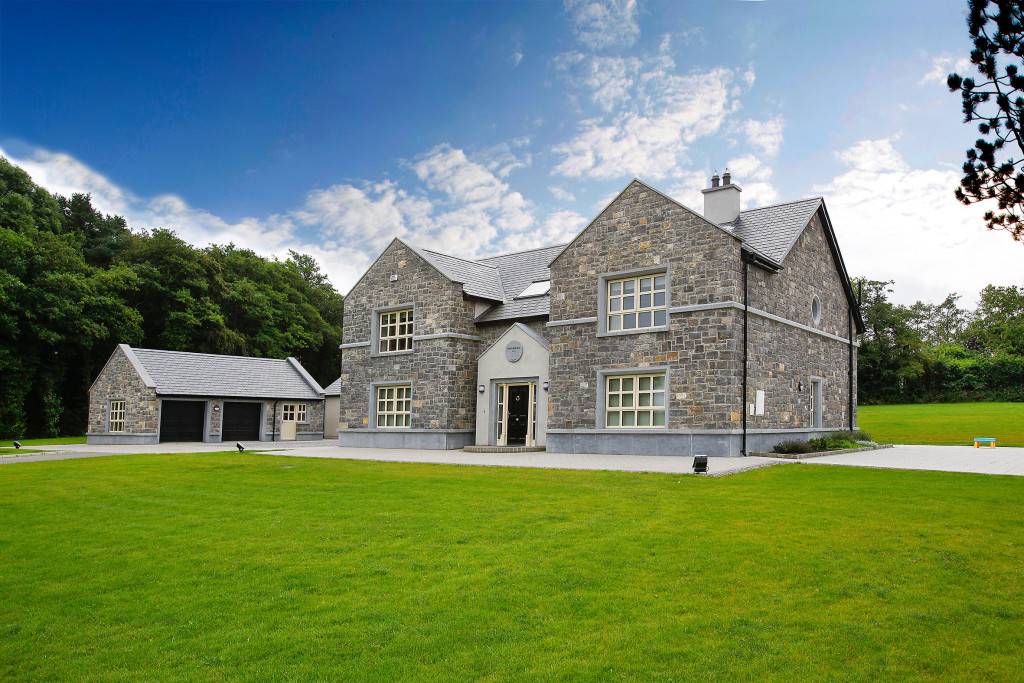 When Michael and Gráinne Keane got the opportunity to purchase a site and move to the country, they jumped at the chance. Living in Dublin at the time, the idea of relocating to County Meath (Grainne is from the area), and building their dream home was too good an opportunity to pass up.

It was a greenfield site and apart from some minor drainage issues, very little work was required before construction. The next step was to find an architect to translate their vision into reality. ‘We were keeping an eye on websites around Kildare and the Meath area in relation to planning applications. I also bought plans and saw one that I really liked by a Dublin architect.’ Michael then had an opportunity to meet Fergal at the Open Door event in Dublin organised by the Simon Community. ‘For a donation of €50 – architects give their services for free – I was able to talk with him for an hour and I just knew he was the right guy to do it. My wife then went to meet him and after that we hired him. I actually ended up seeing two architects but we just felt that Fergal was the guy for us. He asked us what we wanted, the style of house we were after, how we lived our lives and where we spent most of our time. He came to us with some sketches of the exterior, the interior and the lay-out and we straight away thought, that’s it! He also gave us a 3D view, it was so impressive to see all your dreams visualised in a drawing.’

When it came to the planning process, there were some issues that needed to be dealt with as Michael explained. ‘In terms of style, we did come up against a few problems with Meath County Council. The initial design featured glazing to the front in the form of a porch but the Council wanted the house to have a traditional stone finish, as in the rural planning guidelines, so that had to go. It was a pity because there are beautiful views we could have taken advantage of, but having said that, I’m completely happy with the finished house.’ Otherwise the planning process went very smoothly. ‘We didn’t go through any pre-planning meetings, instead we decided to see what their response was. We were asked for some adjustments, which we did, but in the process the house became a bit bigger in style. Despite that, the Council were happy and so were we. We’d heard horror stories of people having serious problems with planning and to be honest, I was expecting trouble, but it didn’t materialise, we were very lucky.’

Architecturally and environmentally, the couple achieved the best of both worlds. The house looks like a traditional farmhouse with a courtyard from the outside, yet it is barely two years old, inside there are innovative modern features to meet stringent energy efficiency requirements. ‘We knew from the start how we wanted the house to look. A visit to one of the SelfBuild shows about four years ago was extremely helpful, and following that we bought a year’s worth of SelfBuild magazines and went through them carefully.’ Accommodation consists of five bedrooms, four bathrooms, a cloakroom, cinema room, gym and a sunroom. Lighting is from recessed LEDs as well as some featured spots, the furnishings are equally uncomplicated. ‘We went for a clean style, there’s nothing particularly fancy in our house; the furniture is oak and so is the kitchen which is finished in a high gloss.’ The couple’s three children (aged 6 months, 3 and 5 years ), have rooms with loads of innovative storage for toys present and future.

The principal, roadside, elevation is clad in stone, a natural theme that is carried indoors with floors of either tiles or wood (oak). Windows are aluminium clad argon filled triple glazed and the house is very airtight, having achieved an airtightness result of 1.17 air changes per hour at 50pa (n50). Ensuring that the house would be warm and comfortable without having to spend a fortune, was part of the Keane’s design brief. A high level of insulation and underfloor heating on the ground and upper floors from an air source heat pump with a thermal store, have made this a reality as between May and October the central heating is turned off. If needed, a wood burning stove gives a top up. The thermal store also heats the hot water cylinder which obtains additional warmth from recycling the air from the bathrooms and kitchen through it; at 21deg., 10deg of this can be taken up by the water. The air is drawn from these areas via a fan in the roof space, in the rest of the house Demand Control Ventilation operates via individually controlled external vents in each room which open and close according to the levels of humidity and C02.

Having come out the other side, what advice would Michael give to people thinking about building their own home? ‘People tend to think they can do it themselves but it’s important to ensure you get the professionals involved. I would thoroughly recommend an architect, ours was excellent. It’s also really crucial to know exactly what’s happening on site and don’t be afraid to ask questions. There was one thing I spotted in the bathroom concerning the pipes which I thankfully caught in time, but if I hadn’t, the tiles may have ended up off centre. A good relationship with your builder goes without saying, we were lucky and trusted ours 100 per cent. We took on a number of his ideas and suggestions during the build and if we ever do this again, he would be our first port of call! So trust your own eyes and speak to your professionals. Read up and be knowledgeable about the process.’ Michael recommends reading materials available from the CIF (Construction Industry Federation) and getting your hands on as many relevant magazines as possible.

If he could, would he go back and change anything? ‘I probably would have made the utility room bigger, but I suspect this is something people always say! Apart from that, I think I would have put the plant room in the house rather than in the garage. Having said that and I know it’s a cliche, but we really are living in the house of our dreams. We’re very happy with it.’ 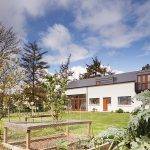 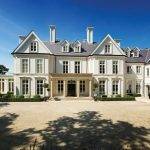