Advances in electric vehicles and battery storage are encouraging but we’re a good deal away from a widescale roll out.

Over the past couple of years, advances in battery storage technology have focused on vehicle to grid technology, known as V2G, whereby power stored in Electric Vehicle (EV) batteries is sold back to the grid.

The idea being that if you can charge your EV at off-peak times and are prepared to sell power back to the grid when it’s under strain, then you could potentially charge your EV for free.

Utility firms see not only a huge potential new market, but an opportunity to help them balance the power supply grids, which in some areas are reaching saturation point.

The idea of using domestic battery storage as virtual power stations is not new – the problem has been lack of uptake of the domestic batteries. The potential to integrate EV batteries with domestic supply (and thus the grid) as well as renewable energy systems where installed, could have a triple whammy effect of increasing the utilisation of the renewables, making EVs more cost-effective and also helping to balance the grid.

A typical car is on the road for less than 10 per cent of the day – the rest of the time an EV battery could be used to balance out swings in supply and demand, especially as more large-scale generation comes from intermittent solar and wind power. Furthermore, as the number of EVs increases, the likelihood increases of people arriving home from work and plugging their EVs in just at the time of day when electricity demand is starting to peak.

One issue with V2G is that constantly charging and discharging shortens the lifespan of the battery, which can account for a third of the cost of an EV. However, proponents of V2G maintain that the technology could reduce the overall cost of EV ownership by 25 per cent, without harming the battery, by effectively offsetting running costs, though the economics would be more favourable in countries with a larger share of intermittent renewable energy.

Another issue is standardisation of charging connectors – remember VHS and Betamax? – or, more recently, the unsuccessful attempt to standardise mobile phone leads in Europe? There is no one standard for V2G.

So, how would the cost/benefit stack up in UK and Ireland? A typical liquidfuelled family car costs just under £20,000, with an EV equivalent just over £25,000. So there’s no getting away from the fact that EVs are more expensive to buy.

However fuel costs of EVs are lower than the petrol/diesel equivalent – about 3.7p per mile compared to about 14.2p. With an annual mileage of 12,000, the fuel cost per year is about £444 (ca €500) for the EV. Vehicle tax is usually lower (zero for EVs in NI, €120/year in ROI) though insurance tends to be higher.

When it comes to factoring in ‘free’ electricity for the EV, the cost benefit is influenced by the fact that fuel costs for the EV may be only around 5.5 per cent of overall running costs, whereas for the petrol car they could be about 19 per cent.

With depreciation and servicing and tyres currently having similar costs in each case, the overall running cost of the EV still works out cheaper, though not hugely so.

So would V2G make a difference to the uptake of EVs? Possibly, but more would need to be done to increase the number of EVs in the first place – V2G seems unlikely to do that on its own at the present.

Currently there do not appear to be any electricity suppliers in NI or ROI offering V2G options even though there is a supplier in the UK.

We are therefore still probably more likely to opt for an EV out of environmental concern than for economic reasons. As for integrating EVs with domestic battery storage, despite the progress made in the field of EVs, including longer charge times and a significant buy-in in some countries (e.g. Norway) and V2G, a widescale roll-out is still some way away. 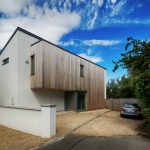 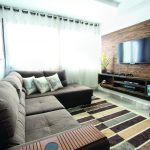 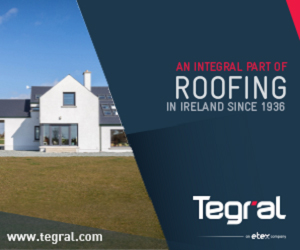