One of the biggest problems with renewable energy is that it is not always produced when and where you need it.

The sun delivers more energy to earth in an hour than the whole planet uses in a year! So first we need to capture the energy but then we need to be able to use it at the place and time of collection. Or, we need a storage (and transportation) medium.

The grid can provide storage by allowing us to export excess electricity when we don’t need it and then take it back from the grid when we do. But the price you are paid for the excess spilled to the grid is generally considerably less than the cost of the electricity you take from it. Also it’s only in NI that you are likely to avail of an export tariff, in ROI at present energy suppliers aren’t keen to offer this.

“Feed-in” and “microgeneration” tariffs can make the economics more favourable by giving a better rate for the exported electricity and, in some cases, by providing payments for the electricity you actually use. However, increasingly there is interest in the concept of battery storage in the home – especially for storing the intermittent output from renewable systems.

Off-grid homes have used battery storage for years. These have tended to be large banks of lead acid cells similar to car batteries and can be expensive overall, even if well maintained. However in the case of an off-grid home the cost is offset against that saved from avoiding grid connection or, looking at it another way, you have no choice!

For the rest of us, the potential benefits of batteries need to be weighed up against the costs, which currently range from about £3,000 to £8,000 / €6,000, depending on storage capacity and type. Lithium ion is the dominant technology at present.

Issues to be considered with domestic batteries include lifespan (number of charging cycles), capacity/ power output and of course cost (including installation and accounting for the value of the electricity).

Some systems can be charged from the grid, allowing variable unit costs at different times of day to be exploited via smart technology.

There is also the possibility of linking electric vehicle batteries with the domestic electricity supply. The EV battery can be charged up overnight on cheap rate electricity and then supply the home with left over energy in the evening when tariffs are higher.

However, utilising PVgenerated energy would require domestic batteries as well, as the car is likely to be out during the day (though domestic wind-turbines would not be affected in the same way). An added benefit of domestic battery storage is potential back-up in the event of a power cut though not all systems will do this.

If you have a hot water cylinder another way of storing your electricity is to connect the output to the immersion heater and charge up your hot water. You will need an extra device called an immersion controller, which costs in the region of €300 / £200 to 400 and is installed after the consumer unit, i.e. using AC current. It will divert supply to the immersion heater any time there is excess. It can also be used in conjunction with an AC battery.

So should owners of PV or domestic wind turbines, or those proposing to install them, rush out and buy batteries? The consensus is not yet – the technology is still developing. Efficiency and reliability will improve as costs fall.

Also, batteries use rare metals that are in finite supply in the earth’s crust. Another emerging technology that can store (and transport) renewables-generated electricity is the hydrogen fuel cell. So watch this space… 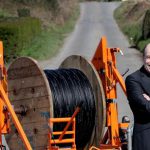 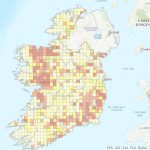