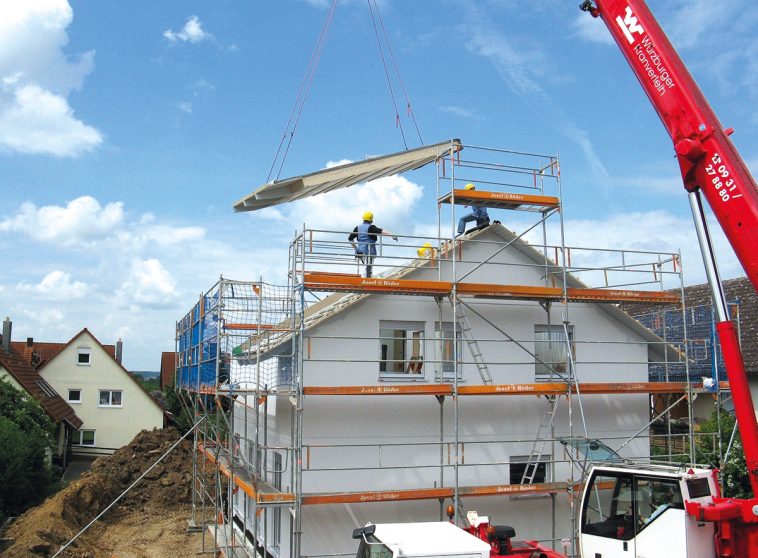 The contribution made by self-build tradespeople is essential to the success of any self-build project, so who does what and when?

Even if you plan to use your skills to build your house, you will need to hire some specialist tradespeople – at the bare minimum the regulations stipulate you have to hire a qualified electrician.

In NI, electricians must be qualified to the current edition of BS7671 (the Wiring Regulations) and be a Registered (Installation) Electrician, holding the appropriate Electrotechnical Certification Scheme card. In ROI, your electrician must be a Registered Electrical Contractor with the Register of Electrical Contractors Ireland. Same goes with gas fitting; it requires certification which not all plumbers will have, so this also must be checked.

If you are project managing the build and hiring people to do specific tasks on the job, you are acting as the Principal Contractor (PC) and are personally responsible for compliance with the health and safety regulations relevant to each and every activity.
Health and safety management is a complex subject which must never be lightly undertaken and by law, any client / self-builder who is not sufficiently knowledgeable of the regulations should engage someone who is, before work begins.

This might be a Project Manager, a Site Manager or Site Supervisor, any of whom should also possess at least a Site Management Safety Training Scheme certificate for the duration of the project.

All tradespeople should be adequately experienced, trained up-to-date and ideally possess at least a valid completion certificate for an approved Health, Safety and Environment course.

You might not often find workers on smaller sites with a Construction Skills Certification Scheme (CSCS) card, but if they do, it is evidence that they have completed health and safety training relevant to their occupation.

If your site is likely to contain asbestos, or if it has or had any structure on it which was built before 2000; you should ensure that every worker also has a valid Asbestos Awareness certificate.

It may be the case for some trades that the skills have been learned by gaining work experience rather than a formal training program; and if their work is good, that may be all the reassurance that you need, but do ask the opinion of whoever is certifying the overall build and of course, check the clauses in your self-build insurance policy and in your construction contracts.

A word of warning. Some tasks on site are mistakenly regarded as ‘unskilled’ and jobs such as fitting insulation or feeding the cement mixer can frequently be left to an inexperienced worker. At the very least, your money is being wasted on high quality insulation if it is not fitted with precision, but more seriously, one bad mortar mix could jeopardise the structural stability of walls.

You won’t often find that general labourers have formal qualifications, but they should come with good verifiable references, especially if you are employing them directly.
All plant and machinery operators should have an up-to-date Construction Plant Competence Scheme (CPCS) card, either as a Trained Operator (red card) or a Competent Operator (blue card).

At least one person should have First-Aid training, preferably someone who is on site every day when work is under way, so this might be the self-builder or the foreman.
Plumbers in NI should be members of a recognised trade body such as the Chartered Institute of Plumbing and Heating Engineering or be employed by a member of the Scottish and Northern Ireland Plumbing Employers’ Federation. In ROI, look for a member of the Association of Plumbing & Heating Contractors of Ireland.

Other tradespeople such as bricklayers plasterers, tilers and joiners will need to have completed training during their apprenticeship to achieve NVQ and/or City and Guilds qualifications. In ROI, an apprenticeship under the Statutory Apprenticeship system, leading to a qualification at level 5 to 10 on the National Framework of Qualifications, is the recognised way that people are trained and qualified in their trades.

Checking all these qualifications might seem a little daunting, but it’s well worth doing it as poor workmanship can be very expensive to remedy.

Most trades cards are nowadays easy to check using smart technology and their regulatory bodies will have publicly available online records of registered members. Anyone with the proper credentials will certainly not be offended by being asked for them, in fact they will welcome it. Keep a record of all checks, including their expiry dates.

Keeping in mind that Murphy’s Law is key to all successful task management, particularly health and safety, it is highly advisable to manage the project by creating your planned programme of works using a Construction Project Template. The contract with the PC or with each subcontractor will need to stipulate dates and conditions for site handover from and to the client.

Generally, the order of appearance on site will kick off with the designer, surveyor or PC who will mark out precise trench positions and levels for the digger operator; who will then excavate the foundations and any preliminary drainage and also form the access to the site along with any bunding needed, which is building a retaining wall to prevent pollution from contaminated water runoff.

Next, a competent person will oversee the pouring and levelling of the foundation concrete. This is often the block layer who will then begin to build the footings, sumps and bases after the concrete has cured.

Someone, ideally the plumber, will need to ensure that waste pipes and services ducts are correctly installed through footings and subfloors. Usually it is the block layer who is given the next job of fitting the radon barrier and/or the damp proof membrane (dpm).

Following on, the block layers or bricklayers will come back and build up the walls to wall-plate level, after which the site carpenter or joiner will begin work on preparing for the roof and making temporary stairs if they are needed.

When the roof structure has been erected, the tiles, slates or cladding can be fitted by a specialist roofer, but more often than not, this work is carried out by the joiner. It is traditionally the carpenter who forms, fits and checks the flashings and aprons at roof / wall abutments and chimneys. At the appropriate stages during construction works, the joiner or steelwork contractor if there is one, may be needed to erect temporary works such as hoarding or safety fencing and propping or shoring to walls, floors, excavations or embankments.

Incidentally, it can depend on what part of the country you are in, but carpenters and joiners are often labelled under the general term joiner or even chippie. Normally, a joiner builds things by joining pieces of wood, such as doors, windows, stairs, etc. and may work in a workshop (as a ‘bench’ joiner) or on site, depending on the processes.
The carpenter cuts, shapes and installs timber to make roofs, floors and timber frames, and fits components such as skirting boards, architraves, doors and windows, during the construction of the building, and they can also be responsible for cabinetmaking and furniture building.

The easiest way to determine whether work is first or second fix is that first fix work will take place before plastering and second fix comes after. The first fix phase will also include preliminary work by the electrician and plumber and finishes with the first layer of plastering which generally comes just after the external windows are installed.

After this, the solid ground floor insulation and floor screeds will be laid. This is sometimes done by a specialist subcontractor, especially where liquid pumped anhydrite screeds are used, but the traditional sand/cement screed can be brought on site ready mixed and levelled by anyone competent, e.g. the block layer. Where underfloor (water) heating is installed, the plumber will be required to fit the pipework and test it before the screeds are poured.

Progressing to the second fix phase, the plumber and electrician will install the heating system and fit all their final pipes, flues, cables, vents, extract fans, sanitaryware and ductwork. Any renewable energy systems would also be installed by the supplier during this phase.

The tiler will begin tiling walls and floors, the plasterer will skim internal walls and ceilings; and after the drying out period the joiner will lay timber floor finishes and the kitchen suppliers will start to fit out the kitchen and utility room.

Fixing the skirting boards, architraves and other decorative trim is best left until after all ‘wet’ trades (plastering, tiling, spray painting, etc.) are finished.

In order to prevent damage to underground services, the final external drainage systems including treatment and discharge of the foul and surface water are usually left until all the heavy plant, equipment and machinery have left the site.

Plumbers and electricians will contribute to this work, as will block layers and plasterers, to build manholes, fuel tank stands and external walling. The digger operator will complete the drainage, backfilling, laying clean hardcore or gravel on the driveway and tidying up the landscaping.

Tree and hedge planting is a common condition of planning approval for rural sites. This is taken care of during the planting season closest to the occupation date and they will need to be adequately protected.

Many self-builders leave the site to settle for a year or so before completing the final external works, perhaps as a separate building project; to include tarmac driveways, concrete yards, kerbing, paved patios, gates and pillars.

Just before work is completed, you or your certifier should prepare a snag list which, in NI, may include items not covered by the building control one. When all items have been rectified, building control will issue their final certificate. Before handover is complete, a certificate of practical completion from your professional certifier will be required in accordance with the terms of the contract.

Handover to the client may take place during a site meeting following the final inspections. If there is no main contractor the tradespeople will also need to attend, in which case a series of handover meetings can be an option but there is always the possibility that one trade will regard another as responsible for certain defects or omissions, so no single trade should be released from a contract until all have reached the practical completion stage.

During handover the client should be issued with:

Les is an engineer and architectural designer who runs Landmark Designs, a CIAT registered practice in Co Tyrone. 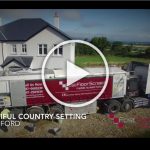