Many elements of urban planning, architecture and interior design have historically risen out of fear of disease. With Covid-19, a focus on ventilation may become ever more prevalent, but that isn’t anything new, as Marion McGarry finds out as she evaluates the lasting influence of two previous pandemics.

There was no known cure for cholera when the first pandemic hit the western hemisphere in 1832, and as the wealthy were not immune, there was an urgency towards obtaining a solution. At the time the scientific community subscribed to miasma theory, which meant they thought the disease was airborne and ultimately caused by smells.

The disease was actually waterborne, caused by a bacterium, a fact not discovered until later in the century but as long as miasmic theory held sway, the emphasis was on clean air in cities. And so we have cholera to thank for New York’s Central Park, which was built after the city’s second outbreak.

Toward the end of the nineteenth century, as the cholera threat abated in the west, there was a growing understanding of the cause of the disease and a fearful acceptance of germ theory. The Spanish flu pandemic of 1918-19 and the ongoing occurrence of tuberculosis prior to the development of antibiotics in the mid 20th century, further fueled a growing anxiety about hygiene.

These concerns are reflected in interiors and furniture, particularly in early Modern architecture, and have had a lasting influence on domestic interior design.

Where Victorian interiors featured overstuffed furniture and decoration that tended to be difficult to keep clean, Modern designers were concerned with function rather than ornament, and their interiors were dominated with a whiteness and tendency toward easily cleaned surfaces that we would call clinical today.

The Frankfurt Kitchen (1926) designed for a housing development by architect Margarete Schütte-Lihotzky, is regarded as the forerunner of modern fitted kitchens. It was designed for efficiency and workflow, but also took in contemporary theories about hygiene and separated the process of cooking and eating.

The architect Le Corbusier’s Villa Savoye is a famous Modernist house built for a wealthy couple in 1931. Known as one of Le Corbusier’s white villas, it features open plan interiors, large windows that allow in natural light and easy access to fresh air.

The fitted and iconic freestanding furniture was designed with little decoration from easy to clean materials. Driving home the hygiene message, the first thing you encounter upon entering the house is a wash hand basin standing in the middle of the floor.

Many have commented over the years how this appears as a sort of artistic statement by the architect. It was in fact a product of Le Corbusier’s obsession with hygiene, function and the idea of a house being a “machine for living in”: it visually invited visitors to immediately wash their hands.

In the 1930s in Finland there was huge loss of life due to TB which set the context for the building of the Paimio Sanitorium in 1933, designed by husband and wife architects Alvar and Aino Aalto.

Initially the Aaltos produced furniture in materials the other Modernists favoured, such as tubular steel but they decided that birch plywood suited the convalescent Paimio Sanatorium Chair (1931) better, designed to seat the patient in a position to optimise breathing.

Along with Le Corbusier’s Chaise Longue, conceived for Villa Savoye, the chairs are both icons of design and are still available to buy today. 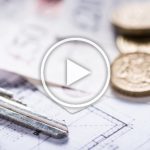 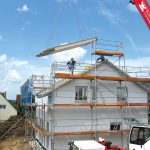