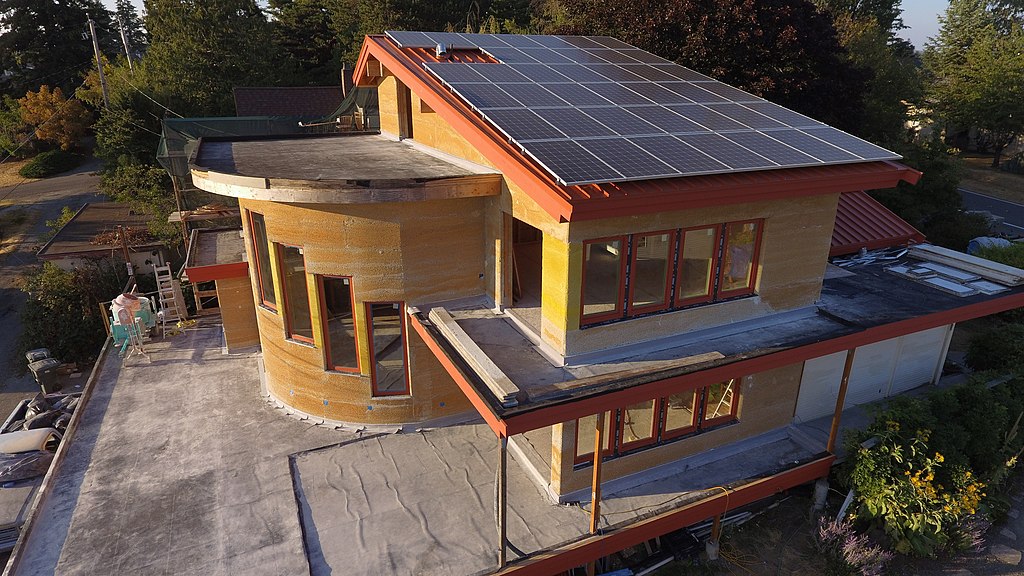 Building your walls out of hempcrete, or a mix of hemp stalks and a lime binder, is not only more environmentally friendly than building with many other materials, it’s also easy to do, thermally efficient (read lower fuel bills) and not any more expensive than a ‘traditional’ build. This material has been adopted by many of our European neighbours and it’s becoming increasingly popular here too.

Self-building a hemp house in an eco village sounds like quite a challenge, but in many ways there’s a synergy as a hemp house tends to “fit the bill”. Hemp also happens to have many advantages over traditional construction. Plus, building a hemp/lime or “hempcrete” house is a communal effort that does not require specialist skills, which means the whole family can pitch in and, with a few simple instructions, build their own house!

Ireland’s best known eco-village is an extension to the village of Cloughjordan, Co Tipperary, and it is here that Brendan and Nicole, with their two young children, have built their home. It has now been through two of our harshest winters in living memory, and is performing admirably. In these times, build cost is an important factor, and while a detailed comparison has not yet been done with a contemporary dwelling, a rough calculation shows that building with hemp/lime added no extra costs to the project, despite the advantages it brought.

Deciding to build in an eco-village appealed to Brendan and Nicole, but it also came with its challenges. Whilst the local authority had granted permission for a services layout to facilitate the village extension in 2000, it was some eight years later before Brendan and Nicole were to receive the green light to build their own house.

In the meantime, more onerous building regulations and energy performance standards were introduced, coupled with a slowing economy and more restrictive lending practices. Fortunately, building a house with hemp/lime did not present a problem for lending institutions.

Planning permission was applied for in groups of neighbouring houses called “clusters”; an initial refusal prompted the introduction of a master planner, who advised on a re-application, with more uniformity of house styles. Brendan and Nicole finally received planning permission to build a four-bedroom, two storey detached house in 2008. It was designed incorporating passive solar principles, with the main living areas and over 50% of the glazing area south facing. Only 10% of the glazing faces north.

Green specification
A stipulation of building in the eco-village was a house design which limited the annual delivered energy use to 70kWh/m2/yr, typically an A3 in Building Energy Rating (ROI) terms. Expressing this in the UK’s equivalent SAP energy rating is not straightforward, as the fuel types in use need to be factored in. The finished dwelling Building Energy Rating came in at 67kWh/ m2/yr of primary energy use – not much room to spare! An air-tightness figure of 3m3/ m2/hr at 50Pa was also required by the eco-village charter, which was much more onerous than building regulations standards, which in NI and ROI is set at a maximum of 10m3/m2/hr.

The charter also entailed signing up to wood chip district heating, supplemented by the largest solar thermal array in Ireland, both of which were yet to be constructed at the time of Brendan and Nicole’s build. This made it very easy for the Powers to exceed their minimum renewable contribution to heating, as required by the building regulations in both NI and ROI. The design allowed for individual houses to have their own time and temperature controls. 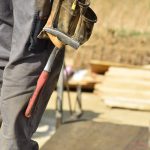