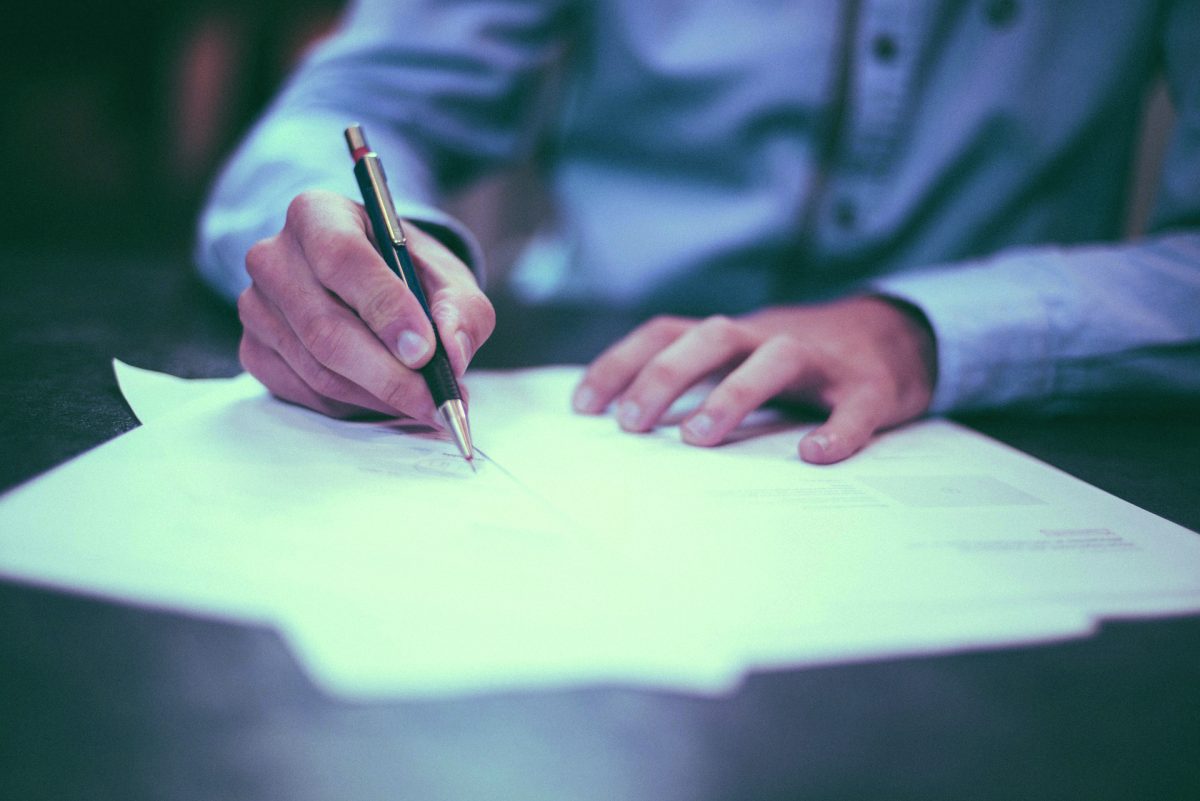 If you are employing a builder, it’s common practice to have a contract to spell out the terms of your agreement so make sure you both sign on the dotted line.

Like any insurance policy, you don’t really want it until it’s needed, but a written contract is
a form of insurance which can be used to help ensure that the project is completed on time and within budget, that insurances and warranties are in place, that work and materials are to the standards required, that the terms under which changes are made are agreed to in advance, and that contractors are correctly paid.

Typically, a building contract is for a large sum of money and frequently the single biggest financial transaction for a self-builder in his or her lifetime. The contract outlines the agreement and obligations of each contracted party, i.e. the client and the builder.

Contracts should be impartial, reasonable and clear to help you decide what happens if a breach occurs. Written records of any agreements show exactly what has been agreed and can reduce the likelihood of disputes, which, on occasion, can turn into legal action, at which point the contract will become a vital part of evidence as to what had been previously agreed between both parties.

If parties disagree, an independent adjudicator can be invited to make a decision within a given time. If agreement is still not found, then arbitration or litigation may proceed. With proper mediation, most contract disputescan be settled at an early stage.

Firstly, how do you wish to carry out your building project? Many homes are built in Ireland through the familiar self-build process of engaging a design consultant for the design phase and a contractor for the construction phase. Preferably, the design consultant is used to administer the contract and to inspect and certify the works during construction.

Contracts will be based on the information available, so accurate and comprehensive design information is essential. One-off bespoke contracts are inadvisable because of the risk that they may not make fair provisions for all circumstances and they are not supported by a history of case law.You should therefore look to the mainstream contract providers who produce SFCs (Standard Forms of Contract) which are valuable in reducing time and cost at the negotiation stage and provide a sound base for a project’s success.

Most SFCs are purchased before use, so you need to choose wisely. Given the prodigious volume of information on the subject, the easiest approach is to ask your design consultant for advice. The correct choice depends on the client’s required balance of time, cost and quality; his/her required level of involvement in the design and construction process and the extent to which s/he may wish to alter specifications during construction.

The contract is completed after completion of the tender stage and after the scope of works, materials and price has been agreed. It is good practice to select the contract type when drafting the tender documents so as to notify the bidders which contract will be used.

Should a contractor refuse to sign a standard contract, this should be viewed as a point of concern and it raises serious questions. Consideration is likely to be given to the next preferred tender. If possible, use the design consultant to complete all contract signings as they will be familiar with their use. If the design consultant is not employed to complete this stage then the contract can be completed using guidance notes but this is not advisable unless you are familiar with contracts and the construction process. 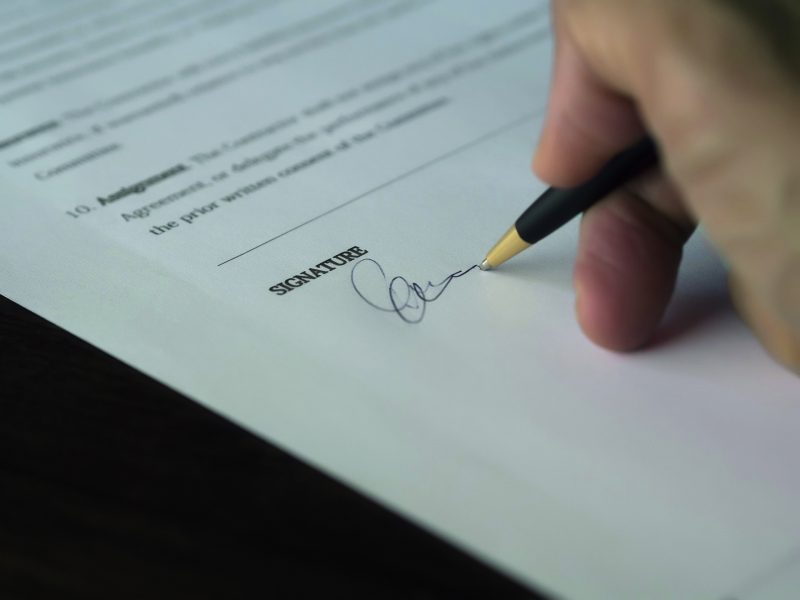 You then get the contract signed, witnessed and dated by all parties, with copies issued to all signatories. The client (you) should retain the original copy. Modifications are inadvisable as they can create ambiguous clauses or an unworkable contract but if you must make amendments get advice from an expert in construction law (typically the architectural designer or quantity surveyor will be able to assist here) prior to inserting any additional clauses as this could become an issue if disputes arise at a later stage.

The situation in ROI

In ROI there are five common forms of contract used in construction projects; these contracts cover new build, alterations, extensions, repairs, landscaping, demolition and temporary works. The following standard forms have been in use for a long time and as such, most parties in the industry are familiar with them:
• The Yellow Form. (RIAI Construction Contract where Quantities form part of the contract): this is used when a full bill of quantities has been prepared and issued with the tender documents to the contractors, normally recommended on larger projects, typically with contract values over €500,000.
• The Blue Form. (The RIAI Construction Contract where Quantities do not form part of the contract): this form is used when drawings and specifications have been issued as part of the tender documentation. When using this form the contractor should provide a full breakdown of their rates and quantities which make up their tender bid. These contracts can be used on projects of varying value – large and smaller scale.
• The Pink Form or The Short Form. (The Agreement and Schedule of Conditions of Building Contract, SF88): this form is much simpler than those mentioned above and allows for no nominated sub-contractors, no PC Sums, quantities do not form part of the contract and there is no allowance for increases in the prices of labour and material. This form is commonly used on residential “one-off” projects across Ireland.
• The White Form. (RIAI Building Contract, August 2002): this type of contract is similar to the SF88 above but contains style and sequencing differences. Again commonly used throughout Ireland.
• Building Agreement, 2001 edition, issued jointly by the Law Society of Ireland and the Construction Industry Federation: this is similar in layout and format to those mentioned above. Promoted by the legal profession and also frequently used.

The situation in NI

There is an ample choice of standard forms and variations of contracts for domestic construction projects in NI covering new build, alterations, extensions, repairs, landscaping, demolition and temporary works. There are four main types:
• JCT (Joint Contracts Tribunal Ltd.) produce a multitude of standard contracts. Of these, the
most suitable for self-builders is the “Building Contract For Home Owner/Occupier With A Consultant”. You could alternatively choose the “Building Contract For Home Owner/Occupier Without A Consultant”. For small scale repairs and/or maintenance works with no design input you could use the “Home Repair and Maintenance Contract”.
• The NEC (New Engineering Contract) suite of contracts which emphasise collaboration and teamwork is often used in the industry in NI, regarded as fair and efficient. Of these, the NEC “Engineering and Construction Short Contract” is the most relevant to self-builders.

The new NEC4 versions aim to further improve flexibility, clarity and ease of administration. Unplanned cost additions or reductions can be managed through the NEC principle of ‘compensation events’. According to the NEC: “Compensation events are events which, if they occur and do not arise from the Contractor’s fault, entitle the Contractor to be compensated for any effect the event may have on the Prices. A compensation event will normally result in additional payment to the Contractor but in a few cases may result in reduced payment.”
• The RIBA (Royal Institute of British Architects) produces the “RIBA Domestic Building Contract” for single homes, which is widely regarded as being user-friendly and fair.

Dangers of doing it yourself

If you decide to proceed with a construction contract without a consultant, you must ensure that all situations are managed correctly and efficiently. This is key to the success of your project, so you need to be clear on how the roles, timelines, costs, payments and risks are allocated.

Not only should you be able to understand technical drawings and specifications, schedules of works and quantities, etc., but you should know whether all the required information has been provided and whether the works then comply with it.

If any of this lies outside your field of knowledge, you will need a professional consultant to administer the contract. Finally, ‘free’ versions of contracts can be found online. Using these might help you and your contractor to understand each other better but might not be enforceable under construction law.

Sets of drawings
This happens very often; you show up at the building site and you and your designer or you and your builder decide you want to move an internal wall or change the position of a basin. In that case it’s best practice to make this change on paper and get a new full set of plans drawn up and printed out. This has the benefit of flagging any knockon effects the change may have but also, it will automatically bring everyone who’s working on site up to speed with the changes.

Very important is to make sure only the current version of plans is available otherwise a tradesman could pick up an old set and work to them.

Les is an engineer and architectural designer who runs Landmark Designs, a CIAT registered practice in Co Tyrone.