Source: NI Department of Finance
In the pipeline: planning permissions ROI recorded an 18 per cent growth in one-off planning permissions between 2015 and 2016 with the most significant increases in counties Cork, Meath, Kildare, Mayo, Westmeath, Kilkenny, Clare, Waterford, Donegal, Louth and Sligo. The total came to 4,230 applications granted in 2016 but this figure does not take into account alterations or extensions. In NI, planning permissions also grew between 2015 and 2016 for one-off houses, replacement dwellings and extensions/alterations, with over 4,500 applications approved, roughly half of which accounted for new builds. For a regional breakdown the statistics group self-builds with developer-led housing and apartments, with the following top four districts: Newry Mourne & Down, Ards & North Down, Mid Ulster and Armagh City Banbridge & Craigavon.
Total
11
Shares
Share 11
Tweet 0
Pin it 0
Share 0 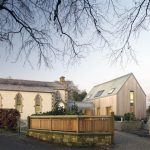 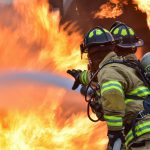