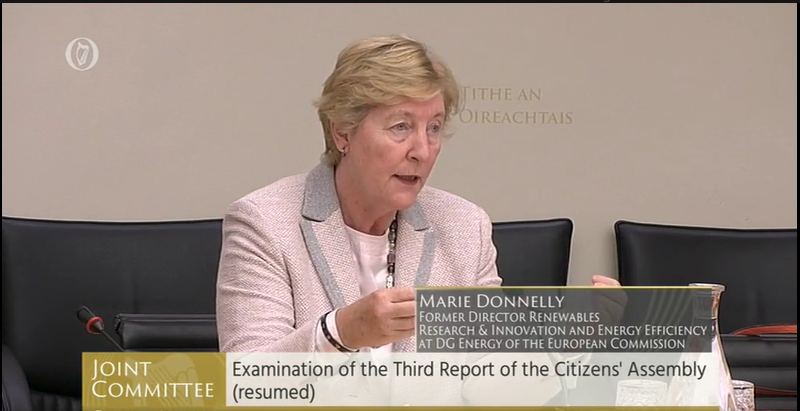 The upcoming changes to the ROI Building Regulations must ‘draw a line in the sand’, climate change expert Marie Donnelly told the Oireachtas Joint Committee on Climate Change on 20 September 2018, and should spell the end of oil and gas boilers in new Irish homes.

The Building Regulations dealing with energy (Part L), which will bring new homes to the nearly Zero Energy Buildings (nZEB) standard, are yet to be published. Part L contains two key parameters, the coefficient of energy performance and the coefficient of carbon performance which respectively limit energy use and carbon emissions in new homes. If the Department of Housing decides to set the Carbon Performance Coefficient (CPC) low enough it could effectively make installing renewable heating the most cost effective option. The draft Part L document that was put to public consultation indicated a CPC of 0.35 which Donnelly said “would permit oil”, at 0.3 she says oil would effectively be phased out and argued that we should be at 0.25. Marie Donnelly was up until recently the European Commission’s Director for Renewables, Research & Innovation and Energy Efficiency at DG Energy. Paul Kenny of the Tipperary Energy Agency explained: “0.3 would allow gas and 0.25 would effectively rule it out. [Donnelly] requested 0.25 to effectively rule out fossil fuels from homes.” The Tipperary Energy Agency’s Part L public consultation submission argued for a CPC figure of 0.2 which Kenny said was “partly to encourage better standards for a climate emergency and partly to outline that 0.35 was ludicrous.” Unlikely Patrick Waterfield, an independent energy consultant, explains that even if the CPC is set very low it wouldn’t ban fossil fuels per se, it would just make it cheaper and more efficient to install renewable energy. “It is theoretically possible to achieve the minimum standards with any fuel though you would need to compensate for higher carbon fuels via some or all of high fabric thermal performance, airtightness, mechanical ventilation with heat recovery and low or zero carbon energy including photovoltaics (PV),” Waterfield told SelfBuild. “Thus there is not a level at which oil or gas for example are outlawed but, rather, that they become economically unfavourable and people are pushed towards lower carbon fuels and heating systems.” Kenny notes that the department have yet to publish the results of the consultation and he hopes that the Department and Minister Murphy will be minded to set a more ambitious standard. In order to meet the national target of 80 per cent decarbonisation by 2050, Donnelly said the heating sector must start effectively banning all fossil fuels from today. “In terms of new builds it’s very important that we pick the right [CPC] number and stop the leak in our housing,” she told the Oireachtas. “I think it’s also important that we’re fair to developers and individuals who build houses that we don’t have a standard that means that 10 years from now they’re going to have to rip out their heating system and replace it. It’s important to get things right at this stage before we go down the wrong road,” added Donnelly. The Department of Housing’s Sean Armstrong who is involved in drafting the regulations, has indicated to SelfBuild in the past that their role is not to favour a technology over any another.

The Department of Housing told SelfBuild on Monday (24th September) the new building regulations relating to energy, Part L, won’t be published until mid-October. DEAP, the software that energy assessors use to calculate compliance with Part L should be published mid-December. The publication date for the new Part F which deals with ventilation, is mid-November. *Updates in terms of timelines are available at the end of this article. *UPDATE June 2019: Oil and gas boilers will gradually be banned from new builds, according to the ROI government’s Climate Action Plan.
Total
29
Shares
Share 29
Tweet 0
Pin it 0
Share 0 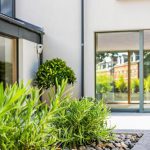 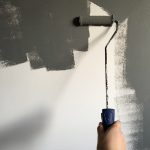