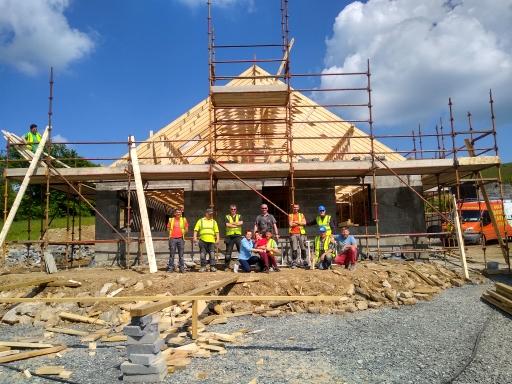 Another community build is underway, this time in Co Tipperary and organised by the people who completed the late Michael Barry’s home for his family in Dundrum – a project that appeared on RTÉ’s DIY SOS series.

The volunteers, known as the Goodness Army Build Team are working on A Home for Adam.

It’s being built for a seven-year-old boy with autism who is non-verbal and requires 24-hour care. Adam is currently living in a caravan with his dad Patrick and two sisters. The family had bought a house two years ago that required extensive renovation and Patrick, as a builder and steel erector, had planned to do it up. But as he is caring for his son full time, he has had to give up work.

As of early July, the Goodness Army Build Team organised to get the walls and roof up, and internal works were getting underway. The volunteers don’t have any funding of any kind and entirely rely on the goodness of others to progress the build.

The Goodness Army Build Team was set up in the last year to help build homes for those who need them.

According to one of the organisers, Tank Twomey: “We are all volunteers with big hearts who just want to help. Each volunteer has something to bring to the builds, and we welcome anyone that wants to help out in any way.”

“We have helped a couple families out already, one family in Limerick and one in Tipperary. We got little Eve into her new home just before Christmas.” “Our next build, A Future For Darragh, we are hoping to get off the ground in September. My hope in the years ahead is to create a network of trades people and suppliers in every county in Ireland and in every country across the world.” 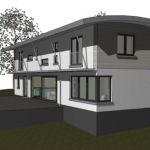