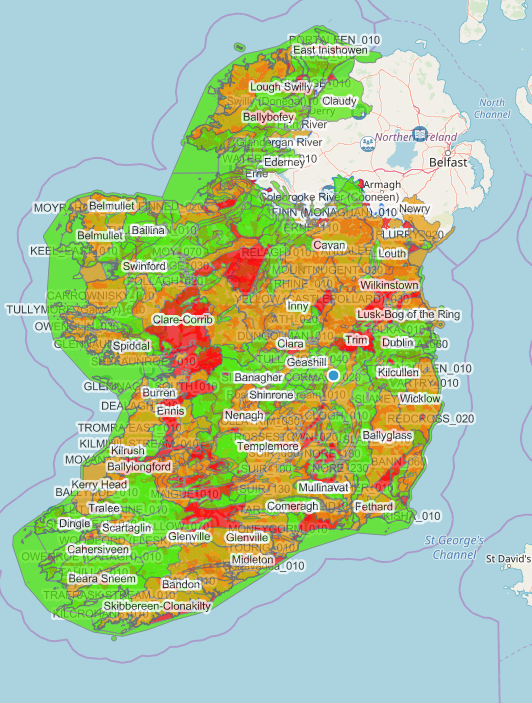 The map indicates the areas where the grant will be extended in dark blue*, indicating priority areas for the local authorities’ water cleanup initiatives. 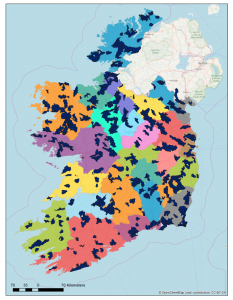 Ruth Hennessy of the Local Authority Waters Programme told delegates the full details had yet to be finalised by the Department of Housing, Planning and Local Government but are expect to be rolled out early next year.

“The Department are yet to finalise the revisions to the septic tank grant scheme so we cannot be certain that they will be extended to everyone in high risk areas. Based on recent discussions this is likely but still uncertain,” Hennessy said.

She added the grant would apply to all homeowners, regardless of income level, that are in a high risk area. You will no longer have to fail an inspection to be elgible for the grant in these specific areas.

The current grant system is means tested and does not apply to regular system maintenance such as desludging. The current grant levels cover 50 per cent (income level of €50-70k) to 80 per cent (income level of up to €50k) of the cost of repairing, upgrading or replacing a septic tank that failed a local authority inspection. The maximum grant currently availble is €4,000.

“The grant system should be open to all homes looking to improve their sewage system, on a similar basis to the Home Energy Grants.”

Stephen Ryan from Sepcon Septic Tanks, a company that specialises in replacing and repairing faulty sewage systems across Ireland, said the new grant system due to come out is a welcome development for homeowners in the “high risk” areas. However he added that it leaves a two tier system in which homeowners with a failing sewage system which are not in a “high risk” area may not be able to receive grant aid. “The grant system should be open to all homes looking to improve their sewage system, on a similar basis to the Home Energy Grants,” he said.

Local authorities inspect septic tanks and every year roughly half of all septic tanks inspected fail. The latest figures presented by the Environmental Protection Agency at the conference confirmed this trend.

Since 2013 work has been ongoing to evaluate the water quality of Irish rivers, with 1,4000 out of roughly 5,000 deemed at risk. Of these 800 sections have been prioritised for cleanup in 190 priority areas.

In addition to agriculture, poorly functioning septic tanks have been found to be a main pressure on water quality. In 40 areas they were considered to be the only cause of water pollution.

UPDATE 8th February 2019: Means testing scrapped, grant levels increased. All houses within ‘high status’ water areas and ‘prioritised areas for action’, as identified in the River Basin Management Plan for Ireland 2018-2021, will qualify for the grant. According to the Department of Housing:

The means test that previously applied to this grant scheme is being removed and the level of grant support is being increased to 85 per cent of the eligible costs of installation/upgrade or €5,000 (up from €2,500/€4,000), whichever is the lesser.  This represents an increase of 25 per cent and 100 per cent, respectively, relative to the current maximum grant levels. 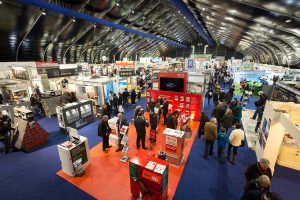 In 2017, payments totalling some €200,000 were made by the Department to local authorities to recoup payments made to households under the grants scheme.  Provision of €1.25 million is made for 2019.  This will be kept under review throughout 2019, having regard to the emerging level of demand. The operation of the new arrangements will be reviewed later in 2019.

Currently a grant of €2,031 per house or 75 per cent of the approved costs, whichever is the lesser, is available.  The minimum grant threshold for an application is €635.  Eligibility for a grant is currently not subject to a means test.  The dwelling must be a minimum seven years old.  If a grant is approved, another application cannot be made for a further seven years.

Following an examination of the current arrangements, consultation with stakeholders including local authorities, the Environmental Protection Agency and the Health Service Executive, and consideration of the matter by the Working Group, the following changes have now been agreed:

From the Department of Housing Press Office:

A new funding scheme for on-site wastewater treatment systems (more commonly known as septic tanks) is being introduced and will replace the current grant which was brought into operation by the Domestic Waste Water Treatment System (Financial Assistance) Regulations 2013.  Under certain conditions, households can receive a grant to assist them in carrying out remediation, repair or upgrading works to, or replacement of their individual septic tanks.

In order to ensure greater uniformity with other measures in the Multi-Annual Rural Water Programme, the means test that previously applied to this grant scheme is being removed and the level of grant support is being increased to 85% of the eligible costs of installation/upgrade or €5,000 (up from €2,500/€4,000) whichever is the lesser.  This represents an increase of 25% and 100% respectively, relative to the current maximum grant levels.

Work is at an advanced stage of development for the new scheme. It is expected that the process will be completed shortly when the necessary regulations dealing with the financial assistance arrangements and related administrative matters are put in place. This will enable a circular letter, terms and conditions, guidance and the application form to issue to local authorities shortly thereafter.

In the meantime, the existing scheme continues to operate.  Details are available on the Department’s website at the following link: 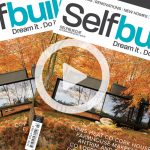 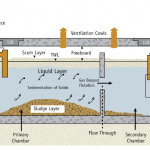