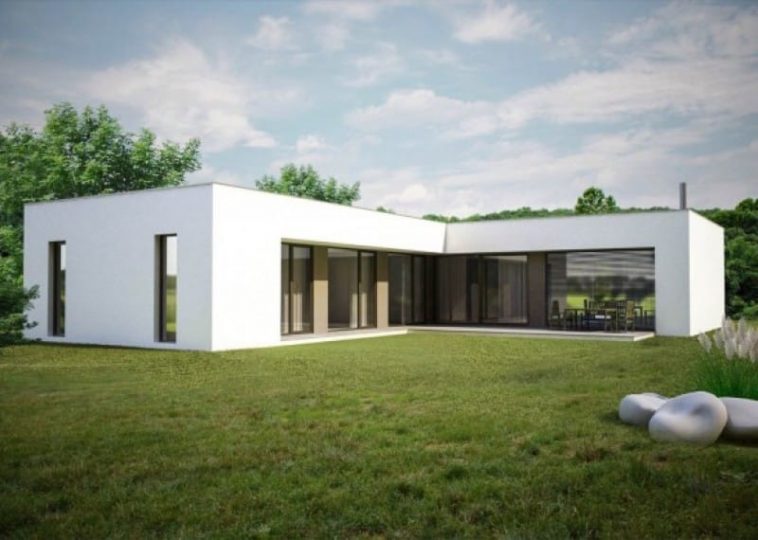 House render by Veronika who is having trouble finding insurance for her direct labour self-build.

DIY self-builders who plan to build with anything but blockwork are struggling to get insurance.

Síofra Ní Chonluain and Mark McHugh’s decision to self-build was in large part driven by their desire to build themselves an affordable, eco friendly home.

“We chose a factory made timber frame system that is exceptionally energy efficient, made by Scandinavian Homes, achieving an A1 on the Building Energy Rating scale. We fell in love with the passive house standard it was going to be built to.”

“This method of building would have allowed us to get the house sealed within two to three weeks by the manufacturer, at an affordable cost.”

“Once we had our shell, we were going to hire the tradesmen ourselves, the carpenter, plumber, electrician and so forth. We planned on doing a lot of the work ourselves too.”

“We loved our plans, and we put so much thought into how we would live in the house,” says Síofra. “This was going to be our forever home, but we had to give up on our dream to self-build because of a lack of insurance.”

Hopeful to build her dream home too is aspiring self-builder Veronika. Along with her partner, who is a carpenter, she planned to build with Cross Laminated Timber (CLT).

The couple bought their site in Co Cavan in 2019, secured planning permission, filed their commencement notice and then picked up the phone to get self-build insurance quotes.

“I thought it was going to be as easy as taking out car insurance,” says Veronika. “When we were refused from one company, I didn’t think too much of it, but then quickly realised no one wanted to insure our project.”

With a main contractor self-build, where the builder takes charge of the entire construction process, self-builders are covered by the building contractor’s insurance.

With a direct labour self-build, the homeowner effectively becomes the main contractor and therefore needs to take out his/her own insurance.

Finally the course of construction insurance, which covers the building itself for things like fire, is the minimum requirement if you take out a mortgage. Self-build insurance is a bundle, tailored for direct labour self-builders, of all three products, also often referred to as an All Risks policy.

Síofra, who works in the insurance industry, started looking for self-build insurance quotes in January 2021. “I approached the commercial department in my company who told me the UK underwriters had pulled out of the sector, as a result of Brexit, and may or may not come back.”

“I rang 20 to 25 brokers and insurance companies but barely managed to get quotes for fire cover, let alone to get anyone to quote for public liability, and wasn’t willing to take the risk of building without it.”

“We were told that our timber frame was a non-standard build, even though the Scandinavian Homes system has all of the certification proving it exceeds current building regulations.”

“The system we chose has an external cement board finish, and we went back to the insurers to see if they would cover it if we changed that to a block wall. But even then, they said it was non-standard.”

“We looked at building the house with standard cavity walls, to make it a standard build. But we wanted to build a 200sqm house and the blockwork route would have been too expensive for us, to achieve the same passive house standard.”

“In March I eventually got a quote in, which was very expensive. They insisted the cover would have to last 18 months, even though we wanted a much shorter period as the house was going to be erected quickly.”

“Within a week, we were told our quote was no longer valid.”

“In the meantime, we had gone sale agreed on a site but there were issues with rights of way, so we decided to give up on our self-build dream for the moment,” adds Síofra.

“We couldn’t afford to hire a main contractor, and we couldn’t take the risk to self-build without public liability insurance. We’re not afraid of hard work, and are on a budget, so we probably will end up buying a fixer upper.”

Another self-builder who planned to build a Scandinavian Homes structure is Jim Owens. “The lack of insurance is a huge problem now. Not only public liability site cover during construction, but building and contents insurance,” he told Selfbuild.

“Back in 2019 insurance was available and I had discussed cover with a broker in Waterford. Now I can’t proceed with the building knowing I can’t get insurance cover, which is very disappointing.”

For her part, Veronika was also told the reason she was turned down insurance for her direct labour CLT self-build was Brexit. “They told me insurance companies left Ireland and would come back, but couldn’t say when.”

“Some insurers wouldn’t allow us to build it ourselves, they would only insure if we had a main contractor to build it from start to finish. We are trying to save money by going direct labour so couldn’t agree to those terms.”

“Some insurers would allow us to build it but only if we put a layer of block, or stone cladding, on the outside. This would represent an extra labour and material cost,” adds Veronika.

“It came to the point where we thought, if we have to pay somebody to lay the blocks, why don’t we build the whole house from block. In that case, the insurance shouldn’t be a problem for a direct labour self-build.”

“So we contacted some companies for quotations for a direct labour block build. Only one replied and the price to bring the house to a builder’s finish, for us to complete the floors, bathrooms, etc., was unbelievable.”

“We are now considering a clay block system, which is eco friendly and quick to build, and hope the insurers will go along with it,” she adds. “My partner has a cousin who’s familiar with it, and he could help us with the construction. Everything now is about finding where to save.”

Possible return in May

A major self-build insurance supplier is SelfBuild Zone, a company that plans to get back insuring non-standard builds as soon as the Central Bank approves a change of ownership.

According to Paul Kempton of SelfBuild Zone, the change of name from Robertson Low to Aston Lark Europe will become effective in May.

“The insurers keep saying soon, but that’s not soon enough for us,” Síofra says. “We were meant to be two weeks away from getting cover, but have been waiting four months. If we owned the site, we probably would be willing to wait a couple of months more. Having to buy a site made our situation that bit more complicated.”

Brokerage firm Frost Insurances told Selfbuild it is not currently offering self-build insurance, (for direct labour self-builds whereby the homeowner acts as main contractor hiring the tradesmen directly), because they have no one to provide that type of cover.

“I don’t feel the Irish insurance industry is moving with the times,” says Síofra. “Timber frame, ICF and other types of construction that are viewed as non-standard by the industry are becoming increasingly popular, mostly due to the shorter timeframe of construction but also because of the energy efficiency.” 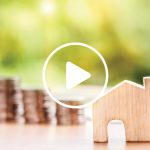 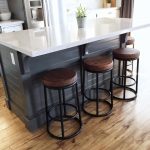