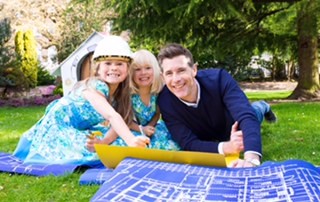 The Royal Institute of the Architects of Ireland (RIAI) and the Simon Communities are now taking bookings for their Simon Open Door campaign, now in its thirteenth year. RIAI Registered Architects across the country will offer one hour consultations to the public for a donation of €90.

All participating architects are giving their time and expertise for free, for one week, from Saturday 13th May to Friday 19th May 2017.

Your €90 donation will provide accommodation and meals in a transitional house for 10 nights; will help fund a home starter pack for those who are moving to independent living such as crockery, kettle, linen and basic household goods or help provide the Simon Communities rough sleeper team with three emergency packs for those sleeping on the streets.

“Unfortunately, homelessness continues to rise,” Niamh Randall, National Spokesperson for the Simon Communities in Ireland said at the launch of this year’s campaign. “There are currently 7,421 men, women and children in emergency accommodation across the country. A staggering 28 per cent increase from last year’s figures. Since 2012, rental prices have increased by 32.2 per cent and the number of properties available to rent has reduced by approximately 80 per cent. As a result, rental properties are beyond the reach of many of those in receipt of state housing support – pushing people into homelessness and preventing people leaving homelessness. 91,000 households are on the social housing waiting list and social housing output is too slow to deal with the crisis.”

“Partnering with such wonderful initiatives like the RIAI Simon Open Door can and does make a real difference. We would like to take this opportunity to thank those who have supported us in the past and we hope that new supporters will get involved.”

Since the campaign began in 2004 over €600,000 has been raised by the Irish public and registered architects.

To book a consultation with a local architect go to simonopendoor.ie 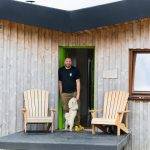 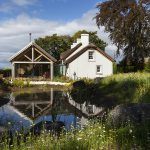