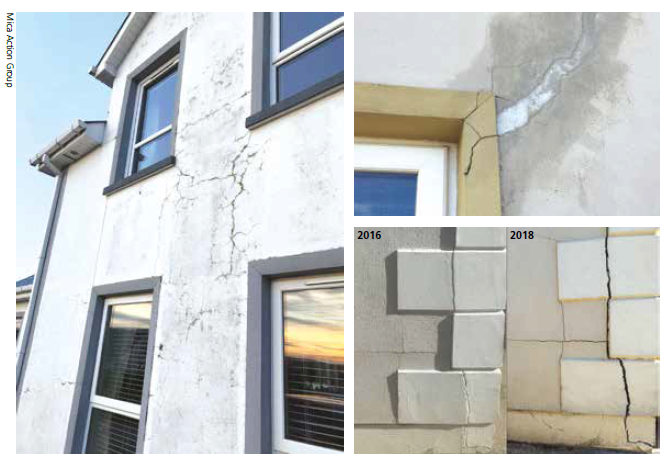 €20million has been pledged for the scheme this year (2019) with the worst-hit homes to be fixed first.

The scheme to repair homes affected by Mica and Pyrite in Donegal and Mayo was announced yesterday (14th May 2019) by Minister for Education and Skills Joe McHugh and Minister for Rural and Community Development Michael Ring.

Minister Ring said: “The scheme is an exceptional measure in response to an exceptional need. Some homeowners are in dire straits. And this is the confirmation that these people need that the Government is to pay 90 per cent of the cost of repairing affected homes.”

Ann Owens, Chairperson of the Mica Action Group (MAG), said in a statement today (15th May 2019) that they are “disappointed and frustrated” by the 10 per cent charge to homeowners. MAG has been campaigning for a redress scheme for the past five years.

The redress scheme comes on the back of a government report published two years ago that highlighted 5,000 homes were subject to defective concrete blocks. The defective material found in County Donegal was primarily muscovite mica while in County Mayo it was primarily reactive pyrite.

The press release outlines the Mica/Pyrite scheme will be financed from central Government over a number of years through the Department of Housing, Planning and Local Government and administered and operated at a local authority level in Donegal and Mayo.

Experts on the scheme from the Department of Housing, Planning and Local Government will travel to Donegal next week for discussions with the County Council to advise on any remaining preparations for the roll out of the scheme.

Minister McHugh said: “I want to pay tribute to the many families who have been living through this nightmare every day for many years.  It has been a long road for the many families living with this scandal and we hope now that this scheme gives them some peace of mind.”

“I want to acknowledge the work of the Mica Action Group and in particular Eileen Doherty and Ann Owens and other members who have shared their stories and opened their doors to explain the conditions they are living in. The people affected by this have shown immense patience, determination and fortitude in working with us to secure this resolution.”

MAG Chairperson Ann Owens pointed out that a zero rated houseshold charge would  have required new underpinning legislation (as was the case for pyrite) which “would have taken at the very least a year to bring to the statute book” and could “have put this very scheme at risk.”

“Due to the very progressive nature of this issue, many homeowners simply do not have the luxury of time to wait,” she added, commending the 1,200+ homeowners who took part in the campaign.

She went on to say: “The fact that only €20 million was allocated to this huge issue across Donegal and Mayo for this year [is disappointing].”

“However, having sought clarity from Government yesterday, we have been given an absolute assurance that this signals a genuine commitment from Government which will be evident through a significant increase in the budget year on year from here on in, so that the number of homes fixed can be significantly ramped up.”

“We are told that the ‘worst’ homes will be prioritised and fixed first. This is great news and given our knowledge of affected homeowners on the ground, we have asked to be included in this prioritisation process to ensure that those most in need are dealt with first.”

“Many families have opened their hearts and their homes to us, to the media and to local and national Politicians right up to the highest level of Government, to illustrate the difficulties they were facing and to share their very personal stories. Whilst it has been a long and difficult effort to reach such a landmark decision, MAG has been humbled to have stood shoulder to shoulder with so many families on this challenging journey.”

“We would therefore like to pay tribute to the dignity and determination of the families who have struggled and strived over many years to reach this momentous decision.”

“Indeed, their efforts and strong determination to see a redress scheme delivered by the government has provided inspiration to other people in Ireland and internationally who are facing structural problems with their homes through no fault of their own. This campaign could not have succeeded without them.”

“I think it is clear that whilst this is a significant milestone in the campaign, we are not there yet. There is still work to do to in order to keep pressure on Government until every last home is fixed and that is exactly what we intend to do.”

Update 27th June 2019: According to MAG Donegal County Coucncil has been appointed as the body in charge of rolling out the scheme but no information has been forthcoming since the May announcement. “We would ask, if there really is a more pressing issue that needs to be addressed by Donegal County Council at the moment than this when Councillors, during the election campaign reported this to be the number one concern on the doorsteps,” said Owens in  statement. “We need to see every effort being made to prioritise the mica scheme without any further delay and we ask that DCC at the very least, confirm when the scheme will be rolled out and applications will be accepted.”

Update 18th July 2019: Donegal County Council has said it expects applications will be open to homeowners in the autumn. Full press statement below from the council:

“The decision by Government to establish a redress scheme for private houses affected by MICA is a welcome development. We know that since the announcement affected homeowners have been contacting Donegal County Council enquiring about details of the proposed grant scheme and when applications can be made to the Council under the scheme.

Against this background, Council officials have had a number of meetings with officials in the Department of Housing, Planning and Local Government. The Department has indicated that details of the scheme are currently being developed, including enabling regulations in conjunction with the Department of Public Expenditure & Reform, which will require Government approval. It is expected that the scheme will open for applications in the autumn.

The Council is continuing to engage with the Department as necessary to prepare for implementation arrangements so that the scheme can commence, and affected homeowners can begin the necessary remediation works as soon as possible.”

Budget 2020 is making provisions for:

Donegal Daily reports the government has signed off on allocating the €40 million to the Mica repair fund.

Today is a milestone.

I committed to getting a resolution for @micaactiongroup – I have fulfilled that.

Regulations for the scheme to assess & repair homes have been approved by @FineGael Government. https://t.co/LolgUUV8hX pic.twitter.com/jhCWFn8GzH

Update 6th August 2020: The Department of Housing launched the Defective Concrete Blocks Grant Scheme to assist homeowners whose dwellings are affected by Mica and Pyrite in Counties Donegal and Mayo. The government says it provided €20 million for the scheme in 2020, and it will be administered by Donegal and Mayo County Councils. According to the Department the scheme went live in both local authorities at the end of June.

The scheme offers five remedial options, and separate grant limits apply to each option ranging from €247,500 for the complete demolition and rebuild of the dwelling, to €49,500 for the demolition and rebuild of the outer leaf of affected walls only. The funding is subject to the option limits or 90 per cent of the eligible works, whichever is the lesser. 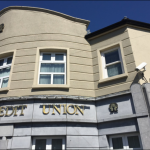 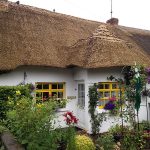