Biological Aerated Filter System Initial Primary Treatment (separation of solids and liquid). The liquor then passes to an aerated filter filled with aerobic bacteria which feed off the effluent. As the bacteria die, the effluent moves to a final settlement tank which removes some of the finer suspended solids. A second filter will further polish the effluent before it is dispersed. The aerated filter can be powered by natural ventilation instead of using an electric motor.

Peat Filter System Used in conjunction with a septic tank to improve the standard of effluent for discharge. The effluent passes through a peat medium where treatment takes place, moving on from there to a percolation area for further polishing. This system achieves a very high standard of cleanliness, and is 99% free of faecal contaminations.

Rotating Disc System also known as Rotating Biological Contactor Systems. Initial Primary Treatment, after which the partially clarified liquor is broken down further by micro organisms on the rotating disc. A second treatment is carried out by another set of rotating discs, and any remaining solids are filtered out to a final settlement tank.

Sequencing Batch Reactor Used in conjunction with a septic tank an aeration/mixing process treats the effluent. It relies on a timing mechanism and decanting, able to treat sewage in batches.

Other systems include membrane filtration, combining aeration and membrane filters which require regular maintenance to ensure the membrane fabric is performing.

Most of the above still need an annual visit from the de-sludging tanker, and you will also be required to have a maintenance contract as a condition of the Consent to Discharge in NI. This will normally be offered by your supplier.

Tertiary treatment usually consists of a polishing filter although constructed wetlands are another possibility; more advanced systems include ozone and UV filtration. These systems are custom made as they are dependent on the soil conditions and on the volume to treat. In poor soakage areas the polishing filter is often built as a raised bed (sand is imported to build it) otherwise a regular percolation area is usually constructed underground.

The polishing filter may or may not be included in the price given for a packaged system, so be careful to check.

Polishing filters may be built by your builder on the basis of the specification (size, location, type of sand or other filter mechanism to use, etc.) supplied by your site assessor. Some companies sell the component parts which can make it easier to put together.

Constructed wetlands
A low maintenance alternative to packaged systems are constructed wetlands. They can however result in higher costs, at least €10,000/£8,000 to €20,000/£17,000, and they do take time to mature.

The effluent is brought to a septic tank first to separate the solids and then sent to a man-made wetlands system (oftentimes consisting of willow and alder trees) which has an impermeable layer separating it from the existing soil. The waste is processed by the roots, which then leads to ‘evapotranspiration’. In other words the water is consumed by the plants who live off the nutrients, so it’s a ‘zero discharge’ system. 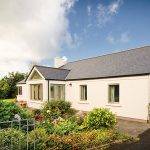 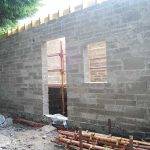 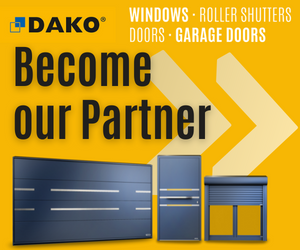