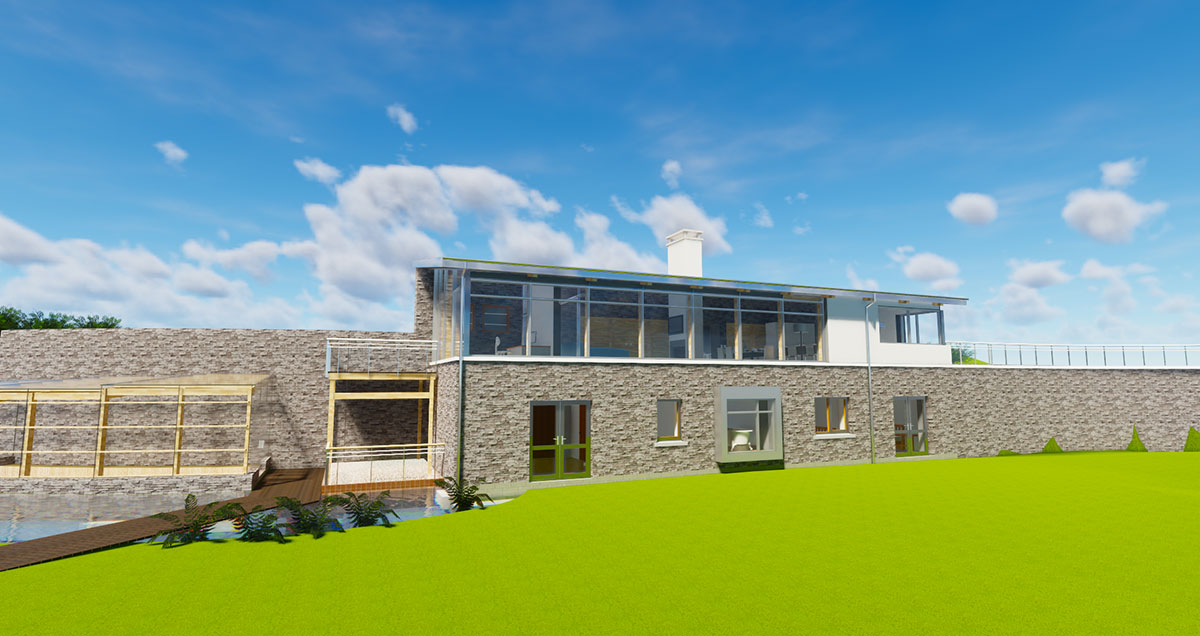 Get ready, set…. virtual reality is now on your self-build doorstep!

Virtual Reality (VR), the simulation of realistic images and sound, first came to the public’s attention in the mid-1980s, even though Bob Sproull and Ivan Sutherland are credited for creating the first VR headset in 1968. Back then computers were not capable of creating the illusion; it’s only at the start of this decade that the advent of smart mobile phones led companies to experiment with the possibilities of high resolution screens to facilitate VR.

The technology around gaming engines, video and graphic technology, research and experimentation with new forms of input devices, user interfaces, web 2.0, media and 360 degree equipment, all helped develop this field. Architects have long been looking to use VR to enhance projects but due to the high cost of hardware and the need for specialised software, it was an add-on for mega projects or mega rich clients. The fully immersive CAVE (Cave Automatic Virtual Environment) system was often used but this method requires a large dedicated space where several high-end projectors are cast onto the walls and specialised glasses allow the user to see in 3D.

“The market is now awash with VR products, in large part due to the popularity of online gaming.”

The market is now awash with VR products, in large part due to the popularity of online gaming. Google Cardboard is among the most popular; it superimposes glasses onto a smartphone at a low cost, allowing you to immerse yourself into a VR world by looking in any direction and interacting with that world through a magnet at the side that functions as a button/switch. Despite the launch of Google Daydream last year, which has helped improve quality, the experience is only as good as your phone can offer.

The Gear VR is similar but offers a visually superior experience; it was developed by Samsung in collaboration with Oculus. The main drawback with entry level platforms such as these is that they don’t allow you to move around; in order to go anywhere, waypoints must be set up to allow you to teleport. At the other end of the affordability scale, companies like Oculus offer dedicated Head Mount Displays (HMD) to provide a richer VR experience. The HTC VIVE has the added benefit of providing ‘Room Scale’ VR which allows you to seamlessly interact while moving around a room (minimum room area 1.5mx2m). However you do need a high spec PC costing at least £800/€900.

How does it apply to self-builders?

Using a headset to help you design your house is not outside the realm of possibilities, in fact it’s very much a ‘reality’. VR can be used to design every aspect of the house, both interior and exterior including full customisation of walls, floors, furnishings, doors and windows. The models are often generated on the back of products that are available on the market.

Specifications range from branded sanitary ware to designer wallpaper. It’s not just architectural firms but bathroom suppliers that are now offering VR as part of their design package, a trend which could easily spread to kitchens too. In fact you as a self-builder could approach a specialised VR company directly to get them to put your 2D plans into a VR environment.

By donning a VR headset and using handheld controls you can not only virtually walk around the house – a visual aid will let you know if you are approaching an obstacle in the real world to avoid bumping into anything! – but with the help of the controls you can also change the specification of floors, wallpaper, furniture, etc. as well as change window size, door position, and see the actual view from your windows and save the changes  you make within the VR experience.

How much does it cost?

If a house is designed to a suitable design package, adding on a VR experience will depend on the level of detail required and user functionality. A walkthrough will be easier and cheaper than a fully customised VR experience which includes models of products that exist on the market, links to suppliers of selected fittings and the ability to save changes for architectural designers to update plans. 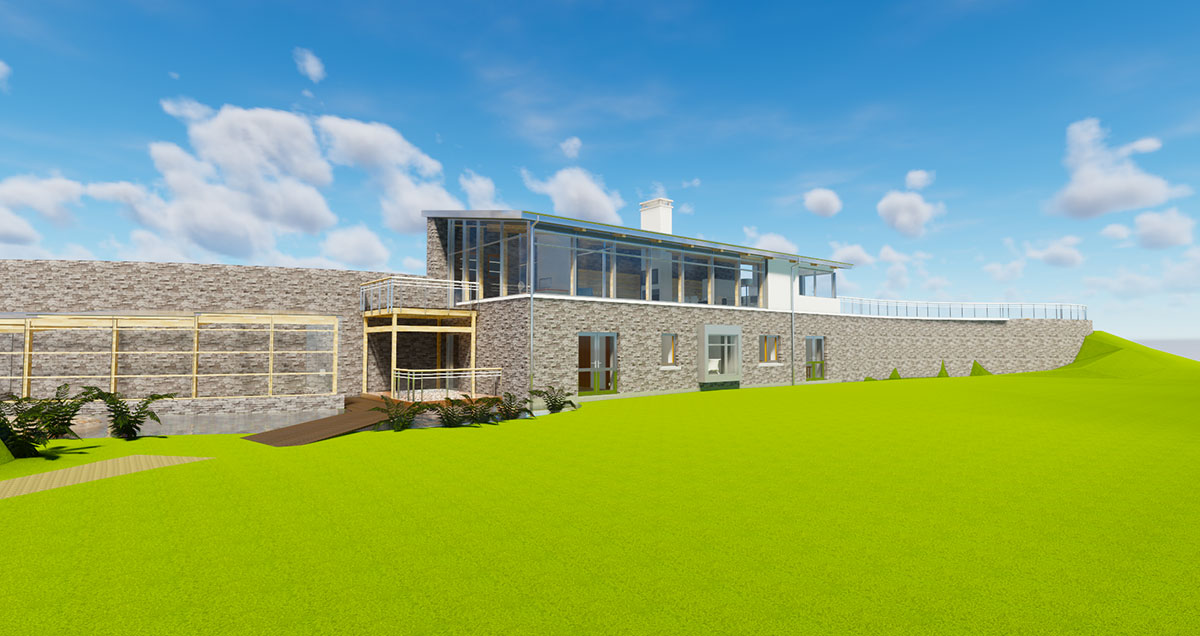 The cheapest way to avail of VR is to design the house with 3D Building Information Modelling software, as BIM can feed the data to a games engine to make it VR ready. However you could also easily use 2D CAD plans, it would just add a day to build up the data from 2D to 3D. Though dependent on size and complexity, an indication of cost for 2D plans to be built up to a full functionality environment is roughly €2,000/£1,800. Running a VR experience from a basic 3D BIM model with no post production would cost approx. €500/£450.

Following that a VR snagging process can be run providing a graphically smoother render, bringing the total closer to €1,000/£900. To process this into a high-end VR experience then additional post production editing is required, commanding roughly €1,500/£1,400 in total for a VR walkthrough.

What’s the difference between VR and BIM?

VR headsets are essentially an add-on to BIM, the software tool that’s replacing CAD (computer aided design) to help you design your house and put your plans ‘to paper’. This is happening for all building projects, including self-builds. BIM is a 3D interactive computer modelling software whose big advantage is that if information is changed in the data set, e.g. a window moved, it only needs to be inputted once and is then transferred to all aspects – all elevations, floor plans, etc. will automatically reflect the new input, and the calculations for U-values and other technical details will also be updated. 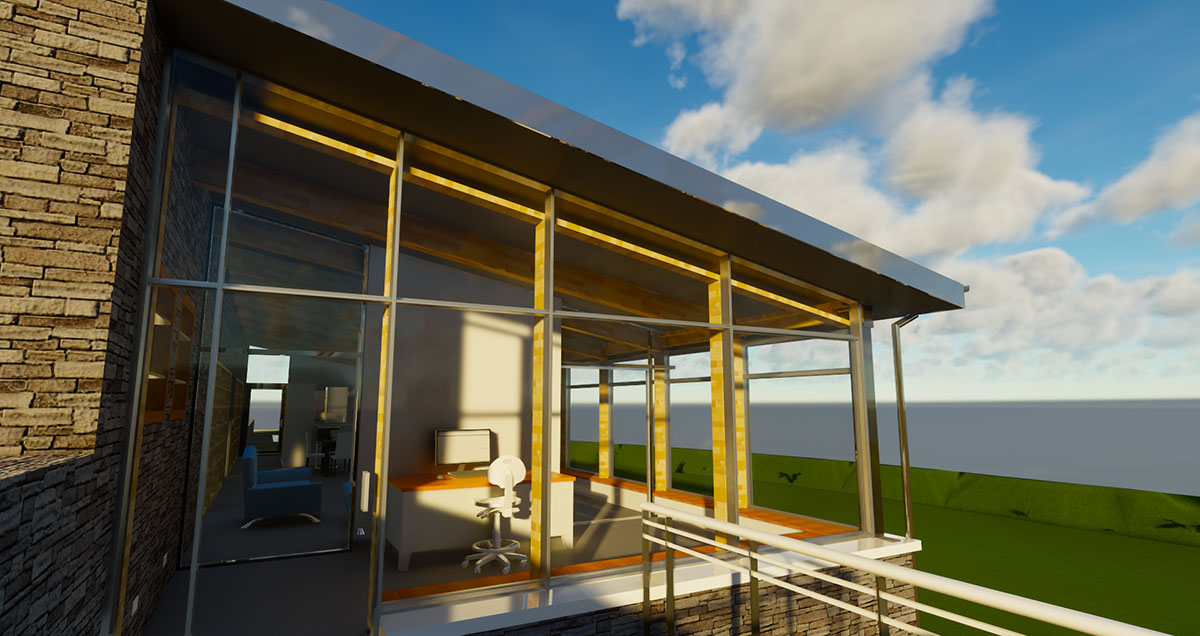 This saves time and limits human error. From the self-builder’s point of view, 2D house plans can be hard to visualise – 3D models are much easier to get your head around and provide a sense of scale. However even with 3D Models it can be hard to imagine the room size and feel how much space you have after putting in your furniture and fittings. Feedback from the room scale VR demo stands at the Dublin, Cork and Belfast SelfBuild Shows demonstrated an overwhelming excitement to physically walking around rooms and being able to get a true understanding of house plans in a visual and immersive environment.

What’s the difference between VR and AR?

Augmented Reality (AR) is visualised on a camera enabled device such as a tablet or phone, which captures the world we see and layers information onto it. There are also glasses which allow you see AR through a lens. AR therefore does not generally use headsets, instead the models and textures are placed onto real world items that are being captured by your device’s camera. There are plans underway for AR apps which will allow you to use your phone or tablet at home to see what different products would look like in your house. 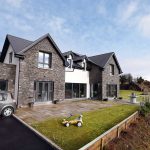 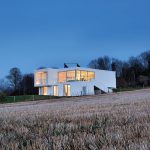