For building regulations and load bearing purposes an engineer or other suitably qualified person needs to be brought on board. Test walls will be built on the basis of laboratory analysis; soil samples will be taken and evaluated. PSD or Particle Size Distribution, is expressed as a percentage of the amount of aggregate, sand, silt and clay in the subsoil analysed. The moisture content of the soil is also expressed as a percentage.

Thanks to chemical analysis we know what an ‘optimal’ rammed earth building mix consists of. If the soil conditions in your area are not deemed suitable they could be modified or soil imported, but this would in large part defeat the purpose of building with earth – the low cost, low environmental impact nature of the raw material.

Rammed earth isn’t common in Ireland but there are some examples in the UK; the historic structures that are still standing were actually made with chalk. Contemporary examples include the wall of the visitor centre at the Eden Project in Cornwall.

Renovations and new builds in the UK often have availed of cement as an additive, which provides strength, but there are a few downsides.

The main one is that cement deals poorly with humidity, as moisture cannot freely pass through it. Earth reinforced with cement (the industry term is ‘stabilised’) therefore has a reduced ability to regulate humidity levels – you’re essentially losing one of the major benefits of building with mud.

Furthermore, when adding cement it’s difficult to achieve an even consistency which is essential when building a rammed earth wall. Cement of course also has a high carbon impact and the finished product is not reversible (at the end of its lifetime the components will not be able to be reused).

In Spain lime was commonly added to ‘stabilise’ the structure; as a breathable product it is considered a better stabiliser than concrete facings or cement additives. The production of lime, however, is also energy intensive and its eco-credentials considerably lower than building with mud.

Indeed, according to a 2001 study by the Scottish Executive, to prepare, transport and construct earth materials only requires about 1% of the energy that would be required on a contemporary new build!

Thorough mixing of the rammed earth components (subsoil, additives and water) is important to create an even consistency and to ensure the moisture content is evenly spread. The mix is then compacted between shuttering. This means the soil only needs to be moist, that is, it doesn’t need to be nearly as wet or have as much clay as it does for cob since the elements are bonded not by mixing but through compaction, with a pneumatic tamper.

Indeed, the purpose of ramming is to remove air voids – if the air voids are full of water they can’t be rammed to make a viable wall. Therefore the moisture content at compaction is important to get right. Generally the rammed earth will dry out from a moisture content of 8% to 12% when laid, down to 1% to 2%. 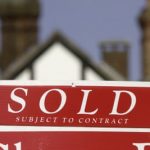