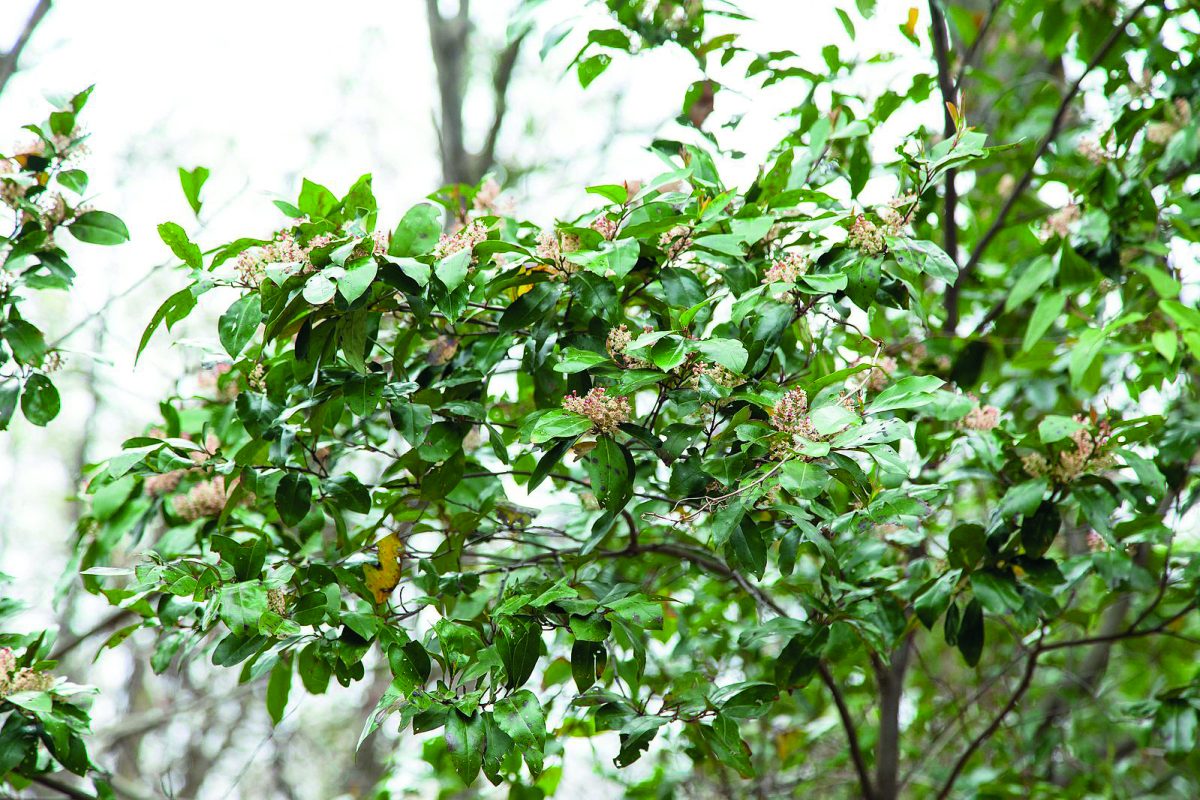 As we become more attuned to the environmental cost of modern living, the trend for fancy fencing and statement walls of the past few decades is now losing ground to planting living screens.

Traditional and cost effective, hedges mark the boundaries of your property and make a pleasant neighbourly divide – as the saying goes “good hedges make good neighbours”. They also have an aesthetic that contributes to kerb appeal, adding value to your property.

If you have the time or patience to wait for, and later to trim, their growth, hedges are in fact an ideal solution for self-builders. You could even go instant with some mature specimens and still not stretch the budget too far.

The main point to consider is that, if let go, most hedges will seek to become trees or tall shrubs. As a result, all hedges must be trimmed regularly. This keeps them in a juvenile state – each trim regenerates young pliable branches and stems, and thickens leafy growth.

In truth any hedge if maintained to an appropriate height is a privacy hedge, so you can pick and mix from any in the other categories here. To serve this purpose, however, the garden centre may recommend thick conifers but many are not so ecologically friendly, often acidifying their base and inhibiting close planting.

Some are even monsters and can grow to enormous heights that will shade the neighbour’s garden as well as your own and with extensive moisture sucking roots that would still have you watering the garden in a monsoon. 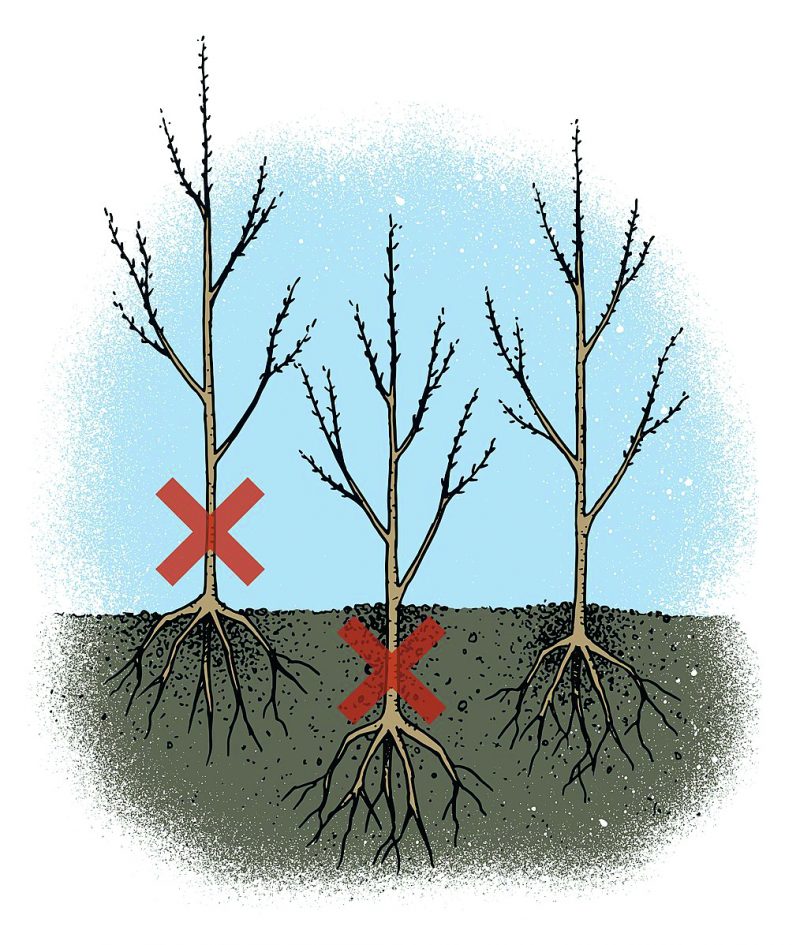 Yes I speak of the Leylandii hedge (Cupressus × leylandii), it needs constant clipping to maintain shape and restrict height, if it gets tall and woody there’s no stopping it being a tree – and thereafter it doesn’t top well and won’t regenerate from hard wood. One to avoid.

Consider instead Western red cedar (Thuja plicata) which can be as dense a barrier as Leylandii but it is slower growing at an average of 40-60cm a year and can be maintained for many years at heights of 1-6m. It’s also hardy enough to tolerate exposed and coastal sites.

Lawsons cypress (Chamaecyparis lawsoniana) has many cultivars in many shades of green and gold – all narrow and conical in shape. It is a bit of a sprinter and eager to get to maturity heights of 30-45m high so attention is required to keep it juvenile. The trimmed foliage has a pungent parsley-like scent.

Monterey cypress (Cupressus macrocarpa) also has a range of cultivars in green and gold, growing 30 to 60cm per annum. The trimmed foliage is pleasantly lemon scented. Its maturity height is higher than 12m but can be maintained to half that. Much harder to restrict to 2m, can blemish with frosts or hard exposure.

Hedges provide many benefits over walls; here’s why.

I am a fan of the classic hedge and you can’t get more class and classic than the Irish yew (Taxus baccata “Fastigiata”). First discovered back in 1780 growing in the hills of Co Fermanagh. Female clones of that tree are now a worldwide must-have for stately gardens and many gardening enthusiasts.

Unlike other conifers it can be hard pruned to rejuvenate. Slow to start but maintains a fine form for many years. Roughly 30cm annual growth. There is even a golden variety known as Elegantissima.

That evergreen screen can just as easily be an ever red one, with Photinia x fraseri. A steady grower, average annual growth of 20-40cm per year, easily maintained at 1-4m yet but it can get woody if not regularly pruned. The variety ‘Red Robin’ has a better resistance to leaf spot, fire blight and powdery mildew which can affect other varieties.

Apart from yew there are several garden centre staples, including several types of privet and laurel, that often make up the backbone of Irish hedges.

Privet (Ligustrum ovalifolium) aka Green privet is perhaps the most popular hedging plant. Fast growing and evergreen (bar a heavy winter) it takes as many clips per year as you wish to train it to, unlike some of the other hedges which can take years to shape. It may need 2-3 cuttings over summer to maintain a neat shape. Popular as it is fast growing and quick to screen – generally producing 30-45cm yearly top growth. It tolerates most soils bar waterlogged and will thrive in partial shade or full sun. 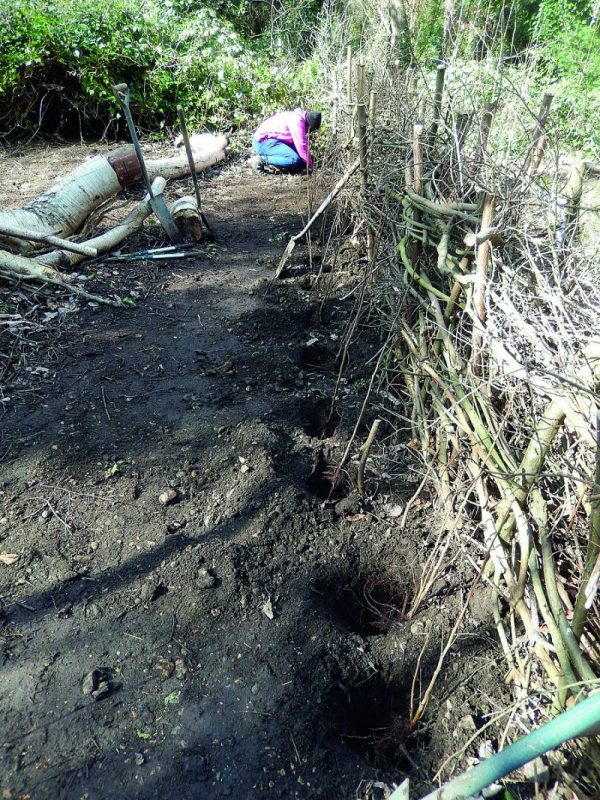 Common or cherry laurel (Prunus laurocerasus) makes a dense hedge, vigorous in growth with 30-60cm per year but it clips well and can be maintained 1.5m-2.5m easily. It may need a shaping in spring and late autumn and a summer trim. The foliage and berries are toxic if eaten or browsed by animal so not always a popular rural hedge. Its big glossy leaves are one for catching particulate matter from exhaust fumes in urban settings.

Portuguese Laurel (Prunus lusitanica angustifolia) is slightly slower to grow, roughly 30-50cm per year, making it easier to keep shape and trim less frequently – often just once a year. It is also considered the hardiest of the laurels but like all laurels can scorch in biting winds. Good in protected locations and easily maintained at 1-2m or higher.

Beech (Fagus sylvatica) is deciduous but while the leaves turn brown in autumn they don’t all fall off – in fact the majority are retained over the winter until fresh spring emergence pushes the old leaf off.

So beech maintains the windbreak and privacy functions. It can take a few years to establish a good structure and shape but thereafter will be tidied annually with one or two trims. Managed at a variety of heights. Average growth rate per year is in the 15-30cm range.

Hornbeam (Carpinus betulus) is another deciduous hedging plant that retains its autumnal leaf until spring’s new growth thus keeping its windbreak and privacy attributes over winter. Fast and vigorous grower, averaging 30-60cm per year. It will take two if not three trims per year for the first few years to build a good structure but thereafter often just a yearly trim to shape. Hornbeam will tolerate damp conditions. 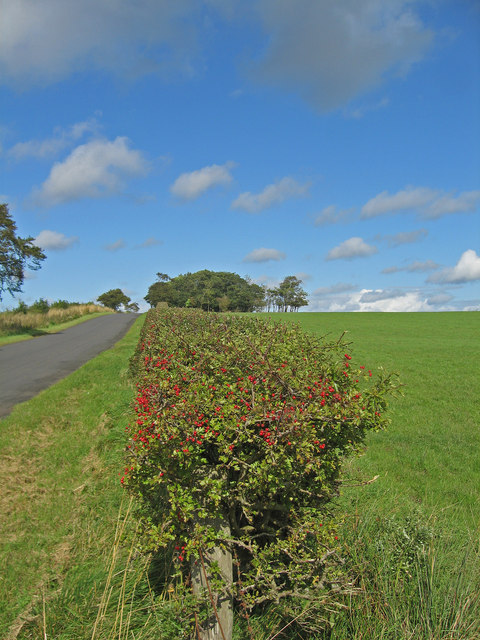 Griselenia (Griselenia littoralis) is an evergreen variety suitable for urban settings and coastal regions. It knits in fast and regularly comes in the top five of hedging choices. Fast growing and with an average yearly growth rate of 30cm yet maintains a neat shape and often only requires a single cut per year to tidy. Be cautious however to not let the center get too woody – so every few years a hard trim or judicious pruning will maintain juvenile states or encourage new younger growths to replenish the hedge. It can be maintained between 1.5- 4 m. A pretty and solid barrier hedge.

A thick hedge is hard to penetrate but a thorny one is an even better deterrent. There are many on offer in your local garden centre or nearby nursery but at the top of the list, as recommended by security firms and neighbourhood watch pamphlets, are:

Holly (Ilex aquifolium and cultivars) Choose from over 400 species of evergreen and deciduous hollies in various colours and varying growth rates – mostly 20-30cm per annum. All are adaptable to full sun or partial shade and so can make uniform hedging around the entire property no matter how it is situated. They are as barbed as barbed wire but with a pleasing aesthetic – that said if you want berry branches for Christmas then you must plant berry bearing females with at least one male pollinator in the vicinity or enquire about a self-fertile female strain.

Pyracantha (Pyracantha spp.) aka firethorn as the name suggests is rather sharp and wounding. Often seen ornamentally in gardens against a wall
but it is both fast growing and selfsupporting and ideal hedging material.

Berberis (Berberis spp.) makes for quite a thorny specimen. There is quite a range of end maturity heights, foliage colours and flowering hues too. Often listed as a low growing hedge but it can be kept at heights of 1-3m depending on variety. All are easily maintained and each average out at an annual growth rate of 25-30cm.

Some tolerate shade but full sun and free drainage will improve sturdiness and longevity. Very hardy and often used in difficult sites.

Native hedges are flowering and often fruiting, feeding the indigenous pollinators and even the local human foragers. They host more insects and support a wider food chain than imported/ non-native species. There are plenty of native varieties that can turn your hedge into a hedgerow. For a uniform look and neater appearance choose a single species and make it a monoculture hedge.

I love hawthorn (Crataegus monogyna) aka whitethorn. Thorny and fast growing with an average yearly growth of 40-90cm it will require a few years to trim and prune into a good structure but thereafter is easily maintained with a yearly chop back. It is traditionally pruned in winter when in dormancy. It can be maintained at 2m heights or allowed to go 5m+. Hawthorns can be grown in all but waterlogged soil, in a sunny or partially shaded site.

In ROI hawthorns and other natives can be used in the Rural Environmental Protection Scheme (REPS) and in the new Agri-Environment Options Scheme (AEOS) which now supplies an €8 per meter grant assistance to farmers and landowners to install native and traditional craft hedges.