There’s a lot of different types of timber out there but some household names you really should get acquainted with if you intend to build, extend or renovate your home. So go on, get to know your beech from your birch, your Sitka Spruce from your Scots Pine, and all of the wood in between!

I remember as a kid in school we used to gather around the Nature Table; it showcased various items of interest we’d found in our gardens and from weekend visits to the park. Bird nests, pine cones and in the Autumn a rake of different leaves. I was amazed that the teacher could name each of the trees that the leaves had fallen from. While such acumen can only be gained from practical experience I’d like to shed some light on identifying different species of trees from their appearance and give a few suggestions on where you might use them around the home. Before I start, let me explain the main difference between hardwoods and softwoods. While the most common hardwoods are denser and harder than the most common softwoods, the difference between the two does not have to do with ‘hardness’. The real difference lies in the cell structure.

Also known as conifers, these trees are characterised by needle like foliage, are mostly evergreen and are shaped with a long, straight trunk and many branches throughout the length of the trunk. Common examples include pine and spruces, which are widely used in the manufacture of board materials such as OSB and MDF and also for papermaking. Yew is an example of a softwood that is much denser and harder than many hardwoods. Scots Pine: Anybody who did woodwork in school will be familiar with this particular timber. It goes by the common name of red deal and is widely used in cabinet making and joinery. It is the timber that all softwoods are compared to. Most pine kitchens and furniture are made from this very popular and durable timber. Red deal can outlast a lot of hardwoods when treated with preservatives, but it develops black streaks if untreated and allowed to stay wet. An extremely versatile timber. Sitka Spruce: This is the most widely used timber in Ireland, and the most widely planted. Processed materials for the construction industry include first fixing such as rafters, joists, floor boards and studding. It is whiter and paler than Scots pine and will bruise more easily. For this reason, it is not used in cabinet making or fine joinery. While preservative treatment is more difficult to apply on spruce than on other varieties of softwood it is still done and used for domestic and agricultural fencing. It is either visually or mechanically graded depending on quality and given a particular strength class. This will determine where the timber is best suited to be used. The most common strength class available for general carcassing work is C16. Cedar: Cedar has a reddish-brown colour, a straight grain and coarse texture. The wood has a lovely, sweet scent. This is why it’s often used to make drawer bases. Cedar is extremely resistant to decay, insect attack and severe weather conditions. As such, it is a popular exterior timber, e.g. paneling, roof tiles, and timber tiles on building façades. It will resist rotting even without a finish or preservative and will turn an attractive silver colour over time.

Ciaran is a woodwork and construction studies teacher in Moyle Park College, Clondalkin, Dublin. He qualified from the University of Limerick in 2005 with an Honours Degree in Materials and Construction with Concurrent teacher education. 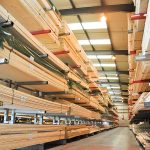 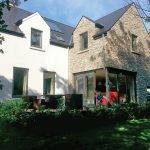