A stove is quite simply an enclosed heated space. The forerunner to the stove was a fire covered by an iron plate surrounded on three sides by bricks and mortar. The Hearth Act of 1662 taxed Irish people on the number of stoves, chimneys and hearths they owned so stoves were a status symbol, a sign of wealth.

The first stove to completely enclose a fire didn’t appear until 1735. Designed by French architect François de Cuvilliés, the Castrol Stove was a masonry construction with several fire holes covered by perforated iron plates. Seven years later Englishman Benjamin Franklin developed a new style of stove with a hood to the front and air box to the rear. Franklin declined the patent he was offered; he wanted everyone to benefit from his invention. Perhaps the most celebrated historic stove is the towering blue and white tiled edifice constructed to heat the White Dining Room of St Catherine’s Palace in St Petersburg – a real status symbol! Ceramic stoves continued to be made into the 20th century, but once cast iron came along it replaced ceramic. Cast iron was recognised as a good conductor and radiator of heat; steel is a more recent alternative. These days, wood burning, gas, multifuel and electric stoves are all available. Environmentally friendly, they are a means of displaying green credentials, as well as heating your home and adding life and focus to a room. Note that before installing a new appliance, changing the use of an existing chimney, or bringing back into use a flue, you must make a building control application (NI) to help ensure it complies with current guidelines. The Flue If you do choose to use an existing chimney, the flue in it must be visibly checked using a CCTV system to ensure the clay liners are installed the right way up and correctly seated and sealed. Better still is to install a flexible steel liner matched to the diameter of the appliance thus ensuring the stove performs to its design specification. An oversized flue can be unsafe and a flue should not be reduced in size to suit the appliance. The maximum distance a flue can run horizontally from the rear of the stove, if it is being placed in front of a fireplace, is 150 mm before it rises into the flue. A right angle bend is not permitted in a solid fuel flue so a T section must be used. If the stove is to be fitted onto the existing hearth, then the non combustible material should be extended to cover the swing of the door, or at least 255mm in front of the stove, and extend 150mm either side of it. Aesthetically the rear outlet inevitably looks like an afterthought… it is better to construct an alcove and vent off the top. Note that building control requires that provision for sweeping and maintenance is made for a stove installation. It is not acceptable for an appliance to have to be removed for cleaning. Lack of a traditional chimney is not a problem. A stainless steel insulated chimney can be installed passing safely through ceilings and roofs with the minimum of disturbance, allowing the stove to be positioned in the most convenient location. Contemporary style stoves look especially good when they are installed freestanding in front of a wall or in a corner. Note building regulations require stoves to be positioned on a non combustible plinth extending at least 150mm at the sides and 300 mm to the front, or 225mm in the case of a stove that is designed to burn with the door closed at all times. Better practice is to cover the swing of the door. There are also a lot of other locational factors including the termination point, pressure zones and windows. It is very frustrating when a stove doesn’t work properly so a good investment is to consult a registered chimney technician to confirm the new flue will work and meets fire and building regulations. In comparison to a traditional open coal fire, wood burning stoves are highly efficient. Open fires lose up to 90% of the heat up the chimney whereas modern stove manufacturers reckon only 15% loss occurs up the flue. Going a step further, some stoves use ‘clean burn’ technology. This means the fire has a dual combustion system which converts the majority of the smoke particles to heat. As a result the minimum amount of smoke is emitted because the fire uses the energy to produce heat instead of waste. Metal Works Steel is easier to make airtight, enabling controlled burning and fuel efficiency, but steel stoves drop quicker in temperature once the fire has gone out. Cast stoves will radiate temperature longer. Note stoves are cast but not actually made from cast iron, which is a common misconception. In a cast stove, molten metal is poured into a mould. If the metal is pig iron – an amalgamation of smelted waste metal – the impurities it contains result in a weaker shell and heat will further reduce its lifespan. A cast stove is constructed by fixing six plates together to make a cube. The less expensive products rely on fire cement joints to keep them airtight. Georgian and Victorian chimneypieces were cast from iron ore and can still be used today unlike modern pig iron which needs to be replaced regularly.
Total
0
Shares
Share 0
Tweet 0
Pin it 0
Share 0

Stuart Blakely is a Member of the Institute of Town Planners 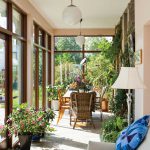 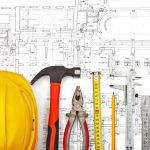