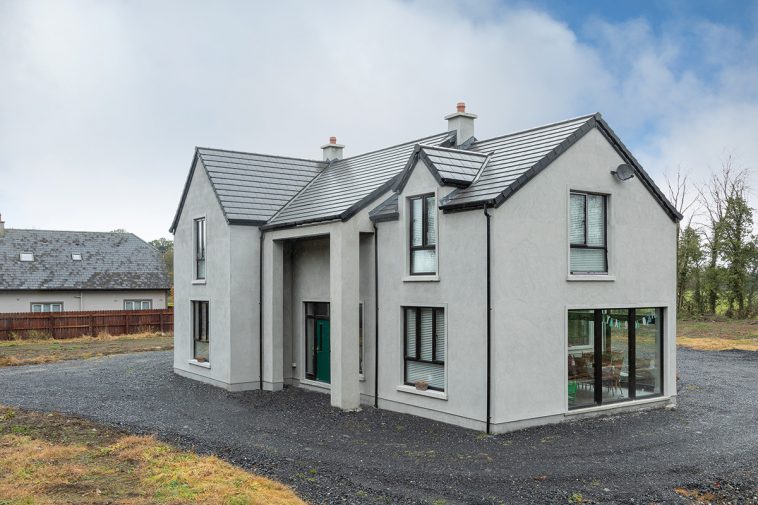 Arthur and Aoife Lambert self-built their Co Meath home in 2020, beating the minimum requirements of the building regulations with panache.

With a background in construction, Arthur decided to project manage the build himself and the first step, after securing planning permission, was to work out the construction drawings.

He did this collaboratively with his insulation supplier’s technical team and his own energy consultant. The aim? Minimise thermal bridging and ensure continuity of insulation.

For the structure, Arthur and Aoife chose a concrete build as it boasts excellent thermal mass as well as fire and sound resistance. All the stone/concrete/blocks/hollowcore/cement/thermal screed/render and rooftiles were sourced within a 10km radius of the site, cutting down on the environmental impact of heavy haulage.

The cavity walls consist of 100mm blocks each side with a 150mm cavity in the middle. The walls are finished inside and out with a sand and cement render. The upper storey floor consists of precast concrete hollowcore slabs which were craned into place.

“I initially considered an EPS passive foundation system but, with the help of the energy assessor and the technical team at the insulation company, we delved a bit more into actual thermal performances.”

Using a thinner material than EPS was also important to reduce construction waste. “The vast majority of concrete materials are now recycled, but dig out materials end up dumped,” he adds.

The floor insulation was a hot topic of debate. “We first considered using two layers of the typical 2.4m x 1.4m board insulation – staggering the joints and using two different thicknesses, and using a tape to seal it all off, making sure all the areas were filled.”

Instead, his technical advisors suggested a 150mm PIR tongue and groove insulation board installed over the 150mm concrete floor slab, which delivered a U-value of 0.12W/sqmK.

“We have large open square areas and the installation was quick (we got it done in a day), and straightforward with the boards all clicking into each other. It was a tight fit, there was no taping required, and there was very little cutting.”

Because hot air rises, the hollowcore upper floor was insulated with 50mm of PIR insulation. This created a buffer between the upper and lower storey heating zones.

The cavity was insulated with 150mm full fill PIR boards, including pre-formed corner PIR boards to ensure continuity of insulation at the corners, achieving a U-value of 0.13 W/sqmK.

But with cavity wall insulation, installation can be tricky. “The block layers watched all the installation videos that the insulation suppliers provided, which were absolutely invaluable because they broke down the process,” says Arthur.

“There were cross sectional videos of where everything went, the important little DPC strips, and the corners.” With the videos fresh in the block layers’ minds, the energy consultant along with the insulation suppliers followed up by arranging toolbox talks on site.

This meant the block laying team was aware of the importance of good detailing, and carefully recorded that the thermal envelope was built in accordance with the Department of Housing’s Acceptable Construction Details (ACDs).

To minimise thermal bridging, thermal blocks were also used in the walls. Specifically, above and below the hollow core first floor, at the eaves, underneath the window board and sitting on top of the concrete lintels. The window jambs fit snugly on thermal L blocks as well.

“We then used an L-shaped insulated cavity closer to ensure continuing of insulation between wall and roof,” adds Arthur.

Other than tapes and membranes at junctions and windows, the main airtight layer in the walls is a 25mm sand and cement render on the inner face of the walls, with paint-on airtight membrane used at wall chases. The ends of the hollowcore floor, wrapped in membrane, sat in a bed of mortar and taped to blockwork.

The pitched roof, for its part, was insulated with 150mm PIR board insulation between the rafters, allowing a 50mm gap above for the windtight membrane and roof tiles. A 75mm PIR board follows below, directly screwed onto the rafters. The combination results in a U-value of 0.11 W/sqmK.

Then came the awkward bit: how to detail the seven dormers. These are a direct result of the planning officers wanting a storey and a half design.

“We boxed the dormers in, made them a bit smaller to get a robust detail and to get more insulation over and around the window units,” says Arthur, as dormers are notoriously tricky to detail for airtightness and continuity of insulation.

“Anywhere there was any sort of a cavity, it was filled with the pitch roof insulation. The dormers and pitched roof ceiling were then sealed with airtightness tapes and membranes. A lot of time and care was taken as it really was intricate detailed work.”

The verdict: the house is warm and comfortable with minimal heating bills. 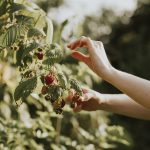 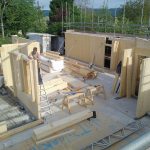