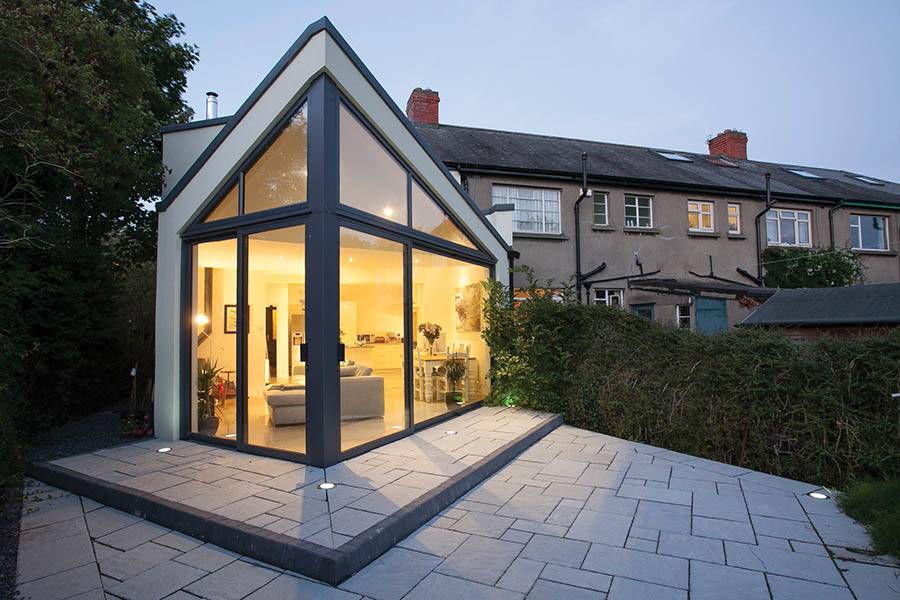 House hunting is fun, but it soon begins to lose its glamour after you’ve been doing it for two years and are eager to set down roots and buy your first home! After this long wait, the option that was presented to Niamh Donnelly and her boyfriend Michael Kiernan was arguably the next best thing to a self-build: buy a house they could truly put their stamp on.

U-values: not available Windows: double glazed, timber frame BER: B3
“We knew which neighbourhood in Co Dublin we wanted to live in,” says Niamh, “which is a good thing but it did narrow our options. We were always outbid on the homes that were in a liveable state so we decided to buy a cheaper house that was in need of complete refurbishment. We wanted one with period features – that was very important to us, to have a house with character. The huge attraction to this alternative was that we could really put our stamp on it.”

“After a few months we found what we were looking for. It had been built in the late 1920s and really lent itself to extending, it was just a case of knocking down a few walls. The house didn’t have any central heating and had, (somehow!), been rented for 70 years. The place was very dated so we pulled it apart… gently!” They got in touch with a few different architects to discuss what they had in mind. “We didn’t want a typical glass box, we were looking for something a bit different. Light and glass were important, but also something unusual in shape. Unfortunately the architects we spoke to didn’t seem too eager, some didn’t even come back with ideas or plans!”

At the back of the house, the dining room was opened up to an arrow-shaped extension, which consists of an open plan kitchen/living/dining area. The couple entrusted their architect with both the design and the management of the build. “We went to tender and chose a builder who came in at a reasonable price and who we got along with. We left them to it, we didn’t want to move in until it was all done as the work was being carried out throughout the house,” says Niamh. “With the build starting in June 2012, we were promised we would move in by Christmas and we did, just two days before!”

The refurbishment of the existing house consisted of a complete overhaul due to Niamh and Michael’s desire for a modern, comfortable space to live in. Yet they still wanted to keep the integrity of the building intact. “Our idea was to enhance the period features that were there, so we kept all of the art deco doors and reused them, the same with the cornices which were re-plastered where required. We also left the old staircase with side panels and generally really tried to keep everything in character. We did our best to save the old floor boards but they were not good enough quality to restore so we put in new ones downstairs and carpeted the upstairs.”

In some of the rooms they decided to keep the fireplace and in others they felt it detracted from the style of the house. “We didn’t have old cast iron fireplaces like you would get in some other buildings, ours were tiled. And while some did work well within the room, others didn’t,” says Niamh. As is of often the case in an old house, what to do with the windows was a bit of a conundrum. “We set ourselves the impossible challenge of replicating the existing single glazed windows,” says Niamh. “They had lead lines crisscrossing through them and were really beautiful. We got quotes in for the work and they either came back with crazy prices or not what we wanted. We were looking for the exact same thing, only double glazed. We did find the right company in the end but it took a lot of searching.”

The attic also underwent an energy upgrade, and with all of these measures combined they were able to raise the energy rating from a G to a B3.

The B3 rating is especially good when you consider that their extension is glazed from floor to ceiling. “The design really works for us,” says Niamh. “We decided to keep the visual of the glass – to put in blinds or curtains would detract from it. Even though there’s a lot of glass, it still feels very private, and at night time I love being able to look out at the stars.” The extension brings the kitchen into the dining/living area. “Michael was keen to put in a polished concrete floor but I wasn’t so sure about it,” says Niamh. “I took a bit of convincing and it wasn’t until I’d seen it in a furniture store that I realised how good it could look. I now love it, it’s so easy to keep clean and I think it looks beautiful.” Getting the style she wanted was relatively straightforward. “We had to pour concrete anyway, so we just got a guy in with a polisher to finish it off as it was laid. We were lucky to have someone who had some experience, I don’t think that many people in Ireland do it.” The nerve centre of many homes is the kitchen, but in the original house it had been relegated to a dark corner so Niamh and Michael converted the space into a laundry room and downstairs wc. “We put in a completely new kitchen in the extension,” she explains. “I knew we had to get the right style to make the space come together so I went online and got lots of ideas from Pinterest and magazines. I couldn’t find what I wanted so on the basis of all of the examples I had seen, I ended up designing it myself!” “We had to work the design into a bit of an odd shape to allow for an existing fireplace, which used to be in the dining room. I put the cooker in the chimney breast, I thought we might as well use the flue that was there, and then designed the kitchen around it.” “Through my work I met a very talented cabinet maker, and I gave him a rough sketch and photographs of what I wanted and he built it for me.” He also designed and built the kitchen table and the master bedroom wardrobe. As in the rest of the house, they decided to go with radiators in the extension. “We initially considered under floor heating but decided against it because the extension is well positioned,” she adds. “The concrete soaks up the sun during the day and at night time you can still walk around in your bare feet and think the heat is on!”

From the extension you can step down into the garden, which is their next project. “Because the windows are so large the garden is in full view. Our next challenge therefore is to tackle the landscaping, I’d like something that’s easy to maintain. We’ve had a couple of designers in and they were all ridiculously expensive. For the time being we’ve just done fencing.” In terms of advice, Niamh advocates reading as many magazines as you can and going online to get ideas. “Think outside the box, challenge your architect and yourself,” she says. “What we got is so very unique and didn’t cost a wild amount extra. I definitely think it’s worth it, although you could argue we’ve watched too many Grand Designs!” “I don’t think I’d change anything apart from maybe putting in an ensuite in the master bedroom,” says Niamh. “That said, the bathroom upstairs is so big and inviting I probably wouldn’t really use it! As for the extension, it’s better than I expected, it’s a very social room and it doesn’t feel cut away from the house.” “The bottom line is talk to as many people as you can and interview as many architects as you need until you find the person who fits. It was a revelation meeting our architect, he really connected with the way we live and designed the refurbishment and extension around that. The result is a home we really love.” Original house size: 90m2 House size: 125m2 Site size: 0.027Ha
Total
0
Shares
Share 0
Tweet 0
Pin it 0
Share 0 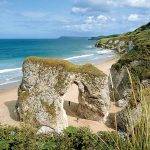 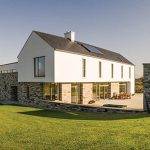