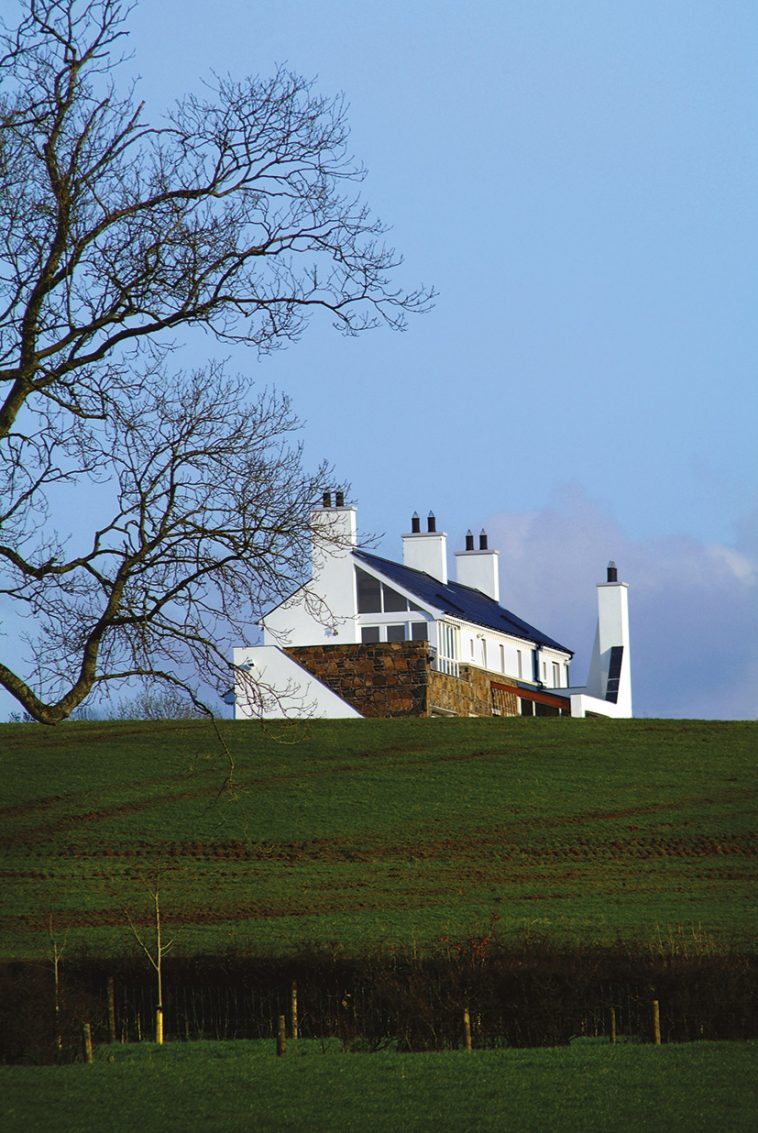 Jane Burnside says iconic architecture has an important role to play in our windswept countryside; she makes her point with the help of a hilltop home she designed in Co Antrim.

There is an old tale in Co Antrim: to choose a site for your house you must first place a cap on a stick and go home for your tea. If, when you return, the cap is still there it is deemed to be a fine place for a house. If, however, the cap is gone then the fairies have taken it, and that is a bad omen. Of course nowadays we give the same idea the more scientific term ‘microclimate’ meaning the climate of a specific place that differs from climate in the wider sense and it is because of this that traditional rural houses are rarely found on hill tops, but are nestled instead in landscape dips or hunkered down beneath hills, sheltered from the wind and driving rain.

So does it follow that new houses have no place on a hilltop? Traditional houses were built in sheltered places as a necessary response to the building materials of their time. Modern building techniques allow houses to be incredibly airtight, highly insulated and glazed to optimise solar heat gain – so the traditional restraints have less relevance. The question then is: if a house is to be built on a hill top, what should the contemporary response be? The clients approached me with an outline planning approval gained, through another agent, to build at the bottom of a north facing hill. In contrast, the approach to the top of the site was exhilarating: a 350m walk to the crest of the hill, rewarded at the top with immense southern views to Lough Begg, Church Island and the Sperrin Mountains beyond. 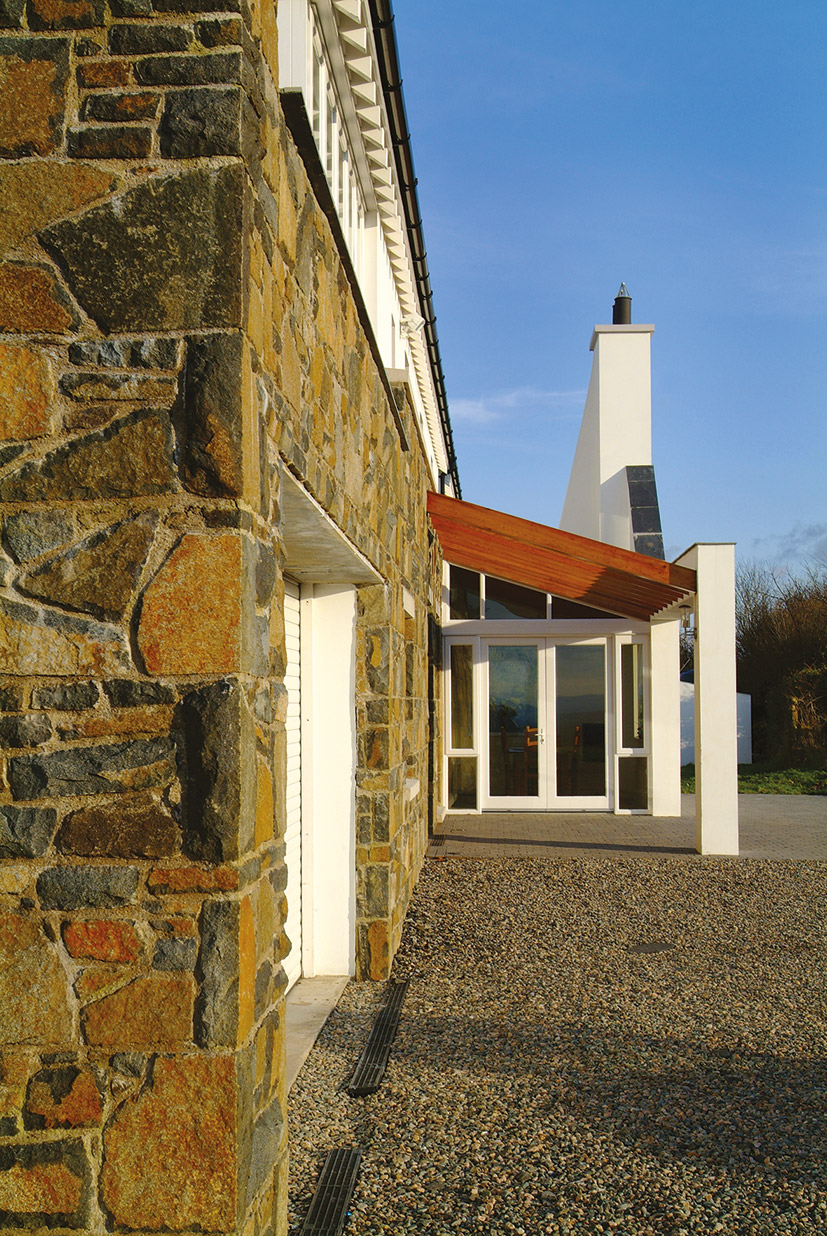 Rural Planning Policy, then as now, stipulates that the house must not break the skyline so that the visual impact of the development can be diminished. Given the banality of many dwellings erected in the countryside, this is a piece of legislation based on damage limitation. In my view, however, there is always the case to be made for the unique, without which we wouldn’t have such iconographic structures such as Scrabbo Tower, built in 1857 that overlooks the Ards Peninsula in Co Down. So began the design for the Nuala House – a house that would celebrate its dramatic occupation of the landscape. This is not a farmhouse but rather a family home on a family farm where once the drive was pragmatism and the setting a bonus. Now the setting became the driver and the bonus for the landscape should therefore be the architectural contribution. I would argue that the hill was quite unremarkable until the Nuala house made it a place. Designed as a simple rectilinear form on the hill, it braces itself to the weathering north and unfolds like a well pressed shirt to the warm southerly aspect. As such it has, like traditional farmhouses, a very distinctive front and back. 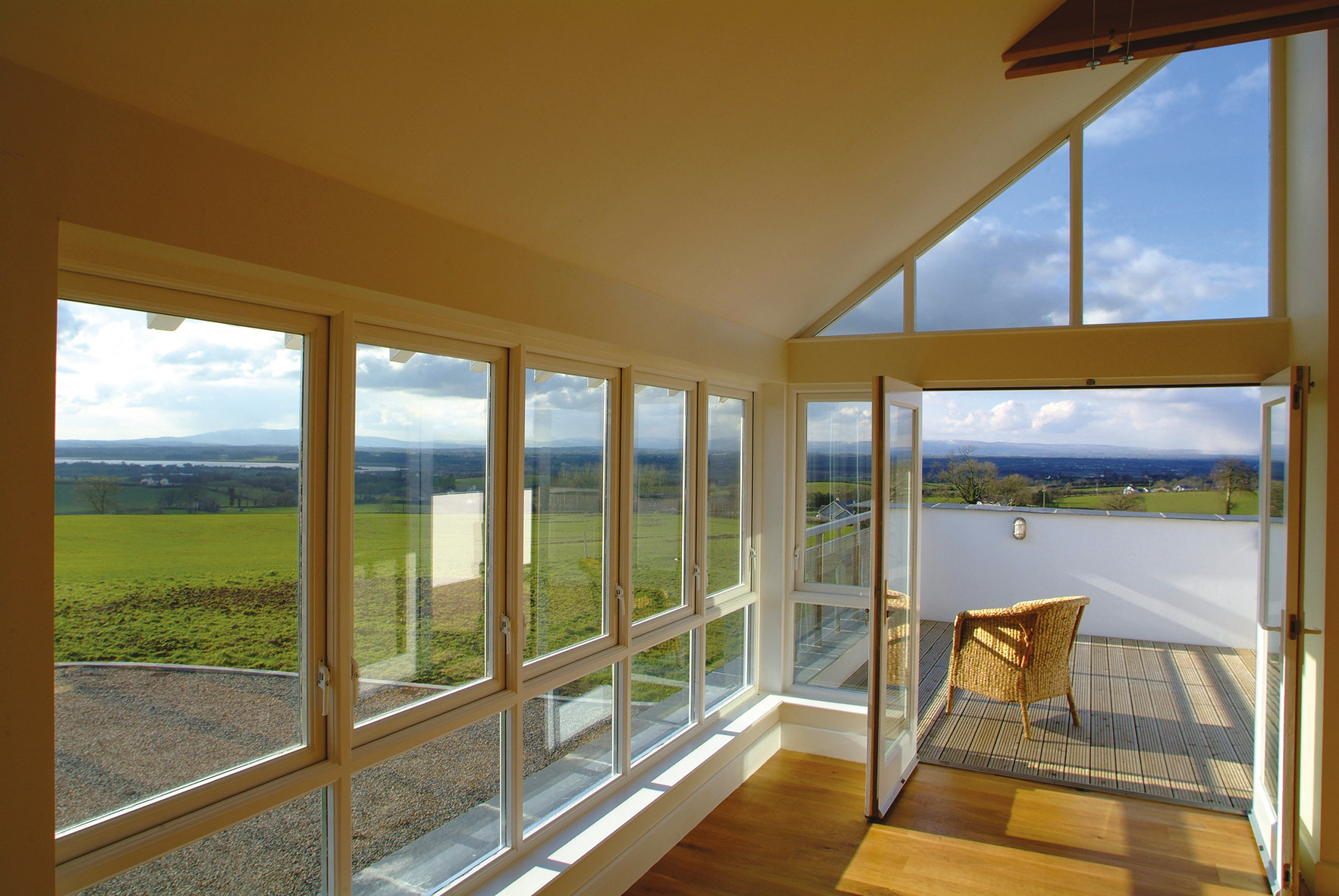 To the north the house is a bold white enclosure against the cold northerly winds – almost like a contemporary hilltop fortress only opening up to the views in the most dramatic places. EPS insulation was used throughout the build, 275mm in the roof contained within 300mm rafters hung from steel ridge beams, 100mm in the floors and walls giving an even distribution of insulation. In addition to this, the detailing of the building was carefully worked out and executed on site to ensure a tight build, again minimising heat loss on the windy site. Natural passive ventilation is provided through trickle vents. To the south, by contrast, the white rectangular form of the house opens up to the sun, exposing a warm inner face of natural stone. The exterior walls are all 10N cavity blockwork with the inner leaf plastered. This type of construction may now seem old-fashioned but there is a lot of good sense in it, particularly with highly glazed buildings: as the building heats up during the day through solar gain, the heavy mass allows the building to absorb the additional heat thereby preventing the internal temperature from spiking at uncomfortable levels. This stored heat is then emitted in the evening when the sun goes down. This is known as a ‘slow response’ construction which means that the building does not have a lively response to heating and cooling, which for highly glazed buildings is a good thing. All the glazing throughout is argon filled and toughened both sides. 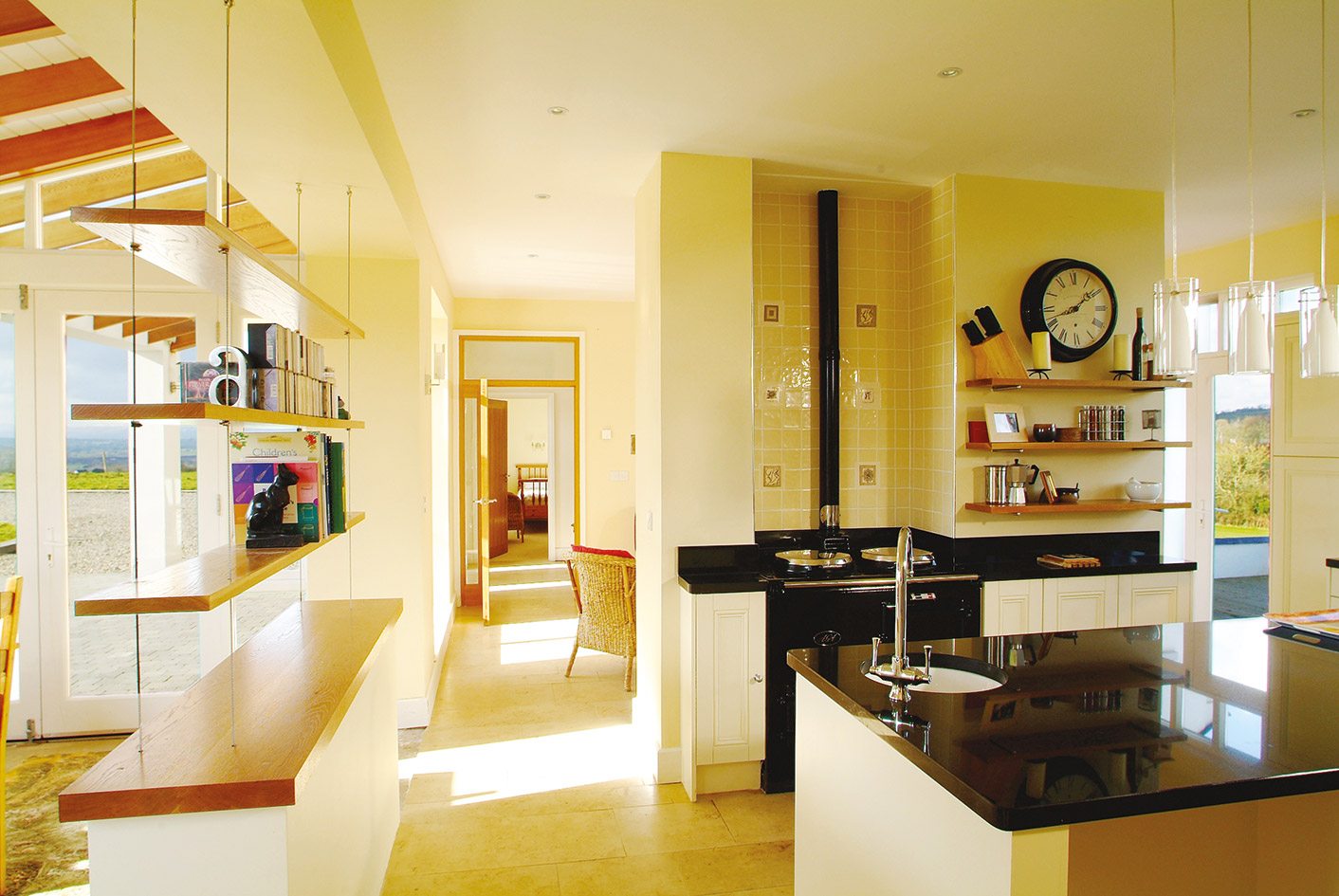 Contrasting with the stone south facade, a single storey sculptural dining area projects into the sheltered embrace of a curving hilltop garden. Against the skyline, three extended (and functioning) chimneys rise up as if to catch the southerly breeze and give the house the sense that it is confidently enjoying its place on the hill. These tall chimneys have become very much a trademark of our architectural practice and structural engineering advice is always taken to ensure that their dimensions are such that they can withstand the horizontal wind-loading, particularly in areas of high winds. Traditionally farmhouses were organised tightly around a central staircase with usually two rooms on either side giving the occupants room-defined north and south views. Only one room thick, the Nuala House lives on the thin line of its plan: allowing the movement through the house from end to end to provide an intense engagement with the landscape over which it surveys. This new house type arrangement does two things: firstly it stretches the circulation lengthways along the edge of the house allowing all of the rooms to benefit from the southerly aspect and the expansive views. Secondly it dissolves the traditional cellular arrangement of the rooms, allowing for an easy open plan flow of space and family activities. The bonus is that every day, as you move through this house, you walk the setting like the farmers of old prowling the view. Just after the client moved into the house I received a call to say that a very nice gentleman from Historic Buildings had dropped by. His imagination had been caught by the sight of the Nuala House on the hill and felt that if ever a house was to be built on a hill it should indeed look like this! This brings me back to where we began and the question of how we occupy our landscape. We are in the fortunate position that our countryside is proximate to the urban centres. We therefore have the best of both worlds: intensely used cities and towns, and some areas of occupied landscape. Rather than the question being about visual limitation, the question should really be about how and what we build. Site size: one acre House size: 3,700ft2 including garage and upper level terrace
Total
0
Shares
Share 0
Tweet 0
Pin it 0
Share 0 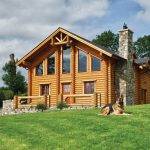 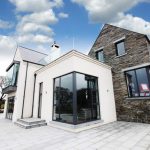