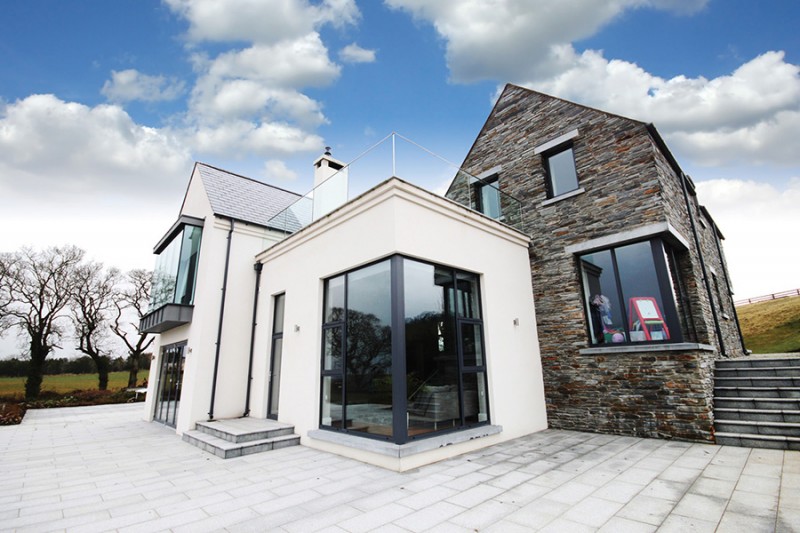 Patrick and Louise Menary extended and refurbished their 1830s semi-detached family home out of necessity; there was a damp problem and they needed more space. What they didn’t realise was that they’d catch a bug – the self-build bug that is! Less than two years after having moved back into their house, they’re already hungry for more…

“The house became too small for us, the children started getting older and the main living area was overrun with toys!,” says Louise. “We originally thought of selling up but that was at a time when the property market was crashing. We also got some feedback from prospective buyers, they wanted an extra living area and a second bathroom, so we decided not to bother moving.”

Despite the lack of space, they let their ideas gestate over a period of time. “We were thinking about it for a while before I was happy to go ahead with it. Patrick was saying ‘let’s just extend’ but I didn’t want to take the plunge until we knew exactly what we wanted,” she adds. “I have a passion for interior magazines and I didn’t commit until I found the picture that inspired me to do it! It was an article featuring a house with a split level design, and it crystallised the entire concept I had in my mind. Then I told Patrick ‘let’s do it!’” The extension was built into the garden, which sloped down, meaning that there would be a difference in level in the house. This offered an elegant way of incorporating the fall in the design. 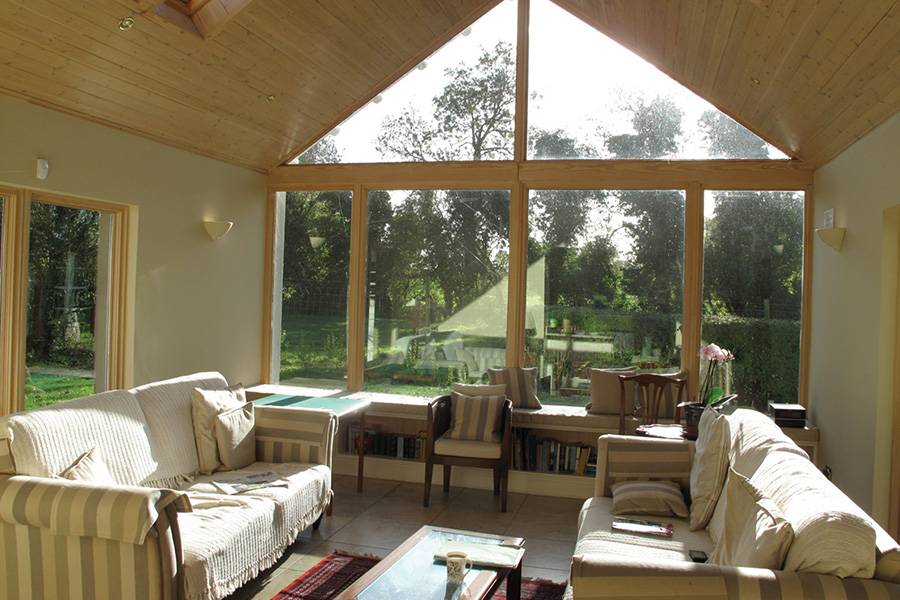 Magazines were one source of inspiration, but so were fellow self-builders. “We asked around for advice from people who had done work on a period home before,” she says. “We wanted to make sure the renovation would be sympathetic to the design. And then our architect came up with the idea of putting cedar cladding at the back” she says. “It took some convincing – I wasn’t sure about it at all!” Louise and Patrick were more in tune with the historical character of their house and thought something perhaps more classical would suit. In the end, they decided to trust him. “Since we wanted sliding folding doors anyway, we agreed that the cedar would be able to bring the old and new together. So we took a leap of faith and it paid off”

The Menarys refurbished the 1830s house at the same time as the extension because it was suffering from an unidentified source of water ingress. “There was damp running all the way up to the eaves, so we stripped everything back to the bare bones, redid the dormer window and stripped out all the floors. On the ground floor we went down three feet to reach the existing floor level and replaced it all with solid timber.”

It wasn’t until they tackled the plasterwork on the walls that they realised where the main problem lay. “When one of the previous owners decided to knock down the wall between the sitting room and the drawing room they never sealed the chimney properly,” she says. “They even left an ancient stove inside it! This was the main source of damp; we were happy to find it wasn’t sinister and most importantly, not permanent! We stripped it all back to the bare brick.” The other source of damp, leaky guttering, was thankfully also straightforward to remedy. 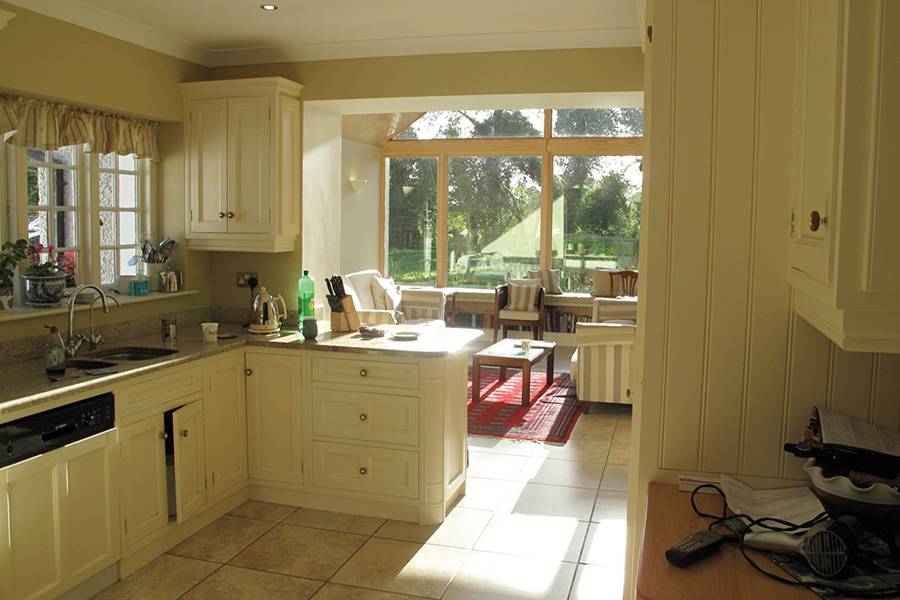 “I view this project as an evolution of the house,” she adds. “It had already been extended by previous owners, and refurbished countless times. When you look at it, we didn’t do anything very unusual.” She says that for this reason it was relatively easy to secure planning permission, which only took six weeks to go through. They also didn’t touch the facade. “We could have changed the original single glazed sash windows to double glazed units, but we didn’t need to – the windows are water tight and I like the look of them as they are. There’s also little heat loss, and we have shutters for insulation at night, which is when you need it!” In fact what they’ve achieved is to put their 21st Century mark on the building without compromising on its integrity.

Heating and ventilation are often a concern in old buildings, and in glazed extensions. But what the Menarys didn’t bargain for was that the house might get too warm. “We thought that because of the glass the cold would get in, so we got trench heaters, but we’ve never used them,” says Louise. “This is because the stove, which was installed to act as a focal point, provides more than enough heat. We do light it, but not until it’s a good deal colder – unless we’re in the depths of winter we have to open the doors!”

During the build, they realised the flue may not be able to draw because the opening was being made on the flat roof. “Since the extension is shielded by the main house we thought it might be an issue, so we talked about punching a hole through the side wall instead,” she says. “We were advised to leave it as is – the builders said they could always come back if we’d come across any problems, which we never have.”

The Menarys also took this as an opportunity to redo the plumbing in the house, in large part to get better water pressure, and they also put in an efficient gas boiler which feeds a few strategically placed radiators. “We thought of underfloor heating but we decided we didn’t need it,” she says. “And we were right. The kitchen is warm anyway from all of the activity that goes on in there!”

In fact the kitchen was central to the design, as you would expect in a family home. “The suppliers were fabulous, they were as involved in the process as the rest of the team. What we did is recreate the kitchen we had been living with for the past eight years, only bigger,” she says. “It worked really well for us, it had a very light and airy feel to it, and the solid beech countertop added warmth. To build it anew we ripped out the whole back end of the house. The ceiling was removed because the timber was sodden, there was also a leak in the shower and it had been coming through the ceiling.”

While the Menarys were unable to reclaim some of their old kitchen’s components, they were able to reuse most of the quarry stones they had at the back, on their existing patio. “When we started shopping around for the new patio we realised the quarry tiles we had suited both the cedar cladding and the old house best, so we went to a reclamation yard to add to the ones we already had.” Considering that the house was turned into a building site for four months, the garden was in a terrible state after the build, which the Menarys grasped as an opportunity. “While the core elements were already there, we re-turfed and installed raised beds,” adds Louise. 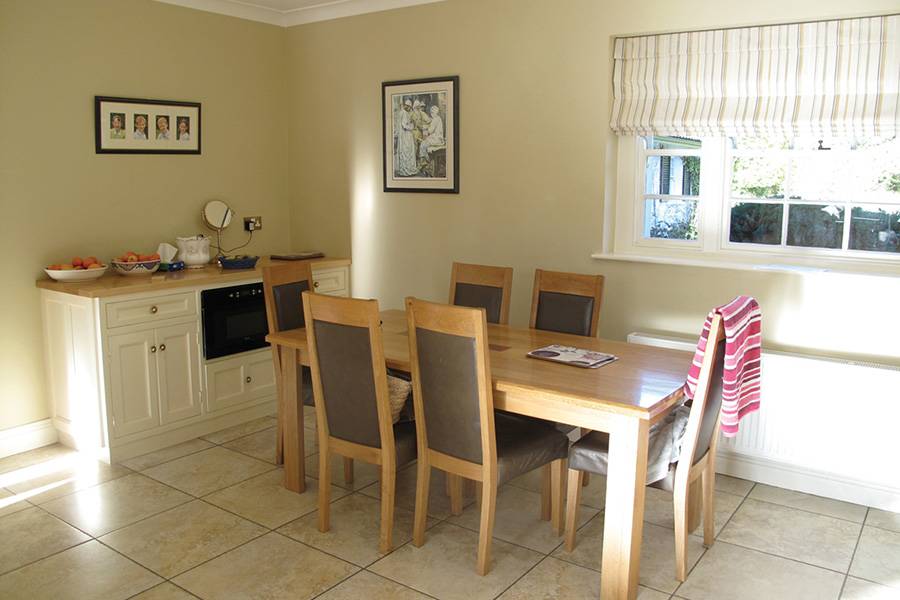 Four months to fully refurbish – and extend! – a 19th Century home with a rising damp problem is a feat by anyone’s standard, but that’s just what they were able to achieve with the team they brought on board. “We asked four builders from various recommendations to submit their tenders and the one we chose had a good working relationship with the architect; they also came in the cheapest. They were diligent, in at 8am out at 6pm, without fail, and the team worked really well together – the builder, foreman and the architect who acted as project manager. I also have to say that as clients, we didn’t dither, we were very well prepared which meant we didn’t change our minds.”

Indeed, the secret to their success was that they knew their house inside out. “We were clear on what we wanted out of it, and what it could deliver,” says Louise. However, on a project like this, the finished product can disappoint, if the vision feels unfulfilled. This is not something the Menrays had to worry about. “We moved back into the house on the 19th of December 2009. We stood on the back patio, the house was all lit inside, there wasn’t even a stick in the house,” she says. “The thrill I felt! We knew the home so well and to see it like this was a great delight. I thoroughly enjoyed the process – I loved it! It’s magical to get your vision realised. I know people have had horrible experiences, and I realise that without the right builders it probably wouldn’t have been as good, I can’t praise them highly enough.”

The Menarys’ refurbished home is now starting to feel too small – and Louise is excited to think she’ll be able to embark on a self-build all over again! “We’d like to take on another project,” she says. “I think we’ll soon be doing another renovation on a bigger house – my inclination would be to rent and start immediately but I’ll make sure we live in it for a while before we do that. The reason we got to do this project so easily was that we knew the house inside out. So now we could jump right into the next adventure, but I think it would lead to mistakes.”

Despite Louise saying she doubts she’ll recoup the amount she spent on the renovation works, she’s happy she did it. “The floors cost a bit more than we had anticipated but were really worth it, and also we wouldn’t have been able to sell the house in its previous state,” she says. Her advice to prospective self-builders is therefore straightforward: “Go ahead and do it!” She’s certainly up for it! 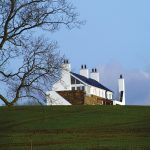 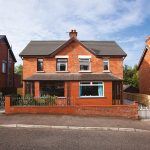