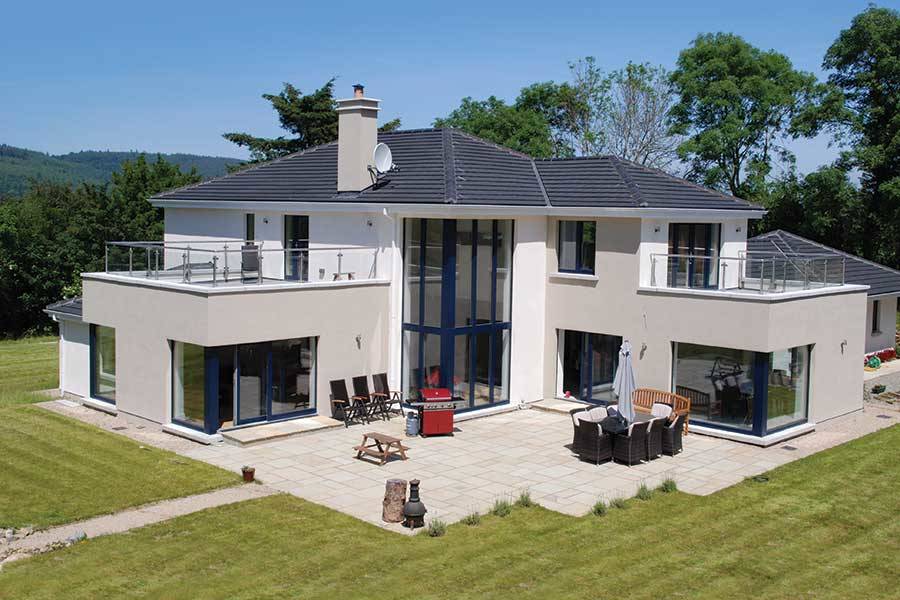 Self-builders around the world are creating energy-efficient homes to ensure low running costs. In Ireland, a voluntary certification benchmark that’s often followed to achieve this is Passivhaus, which Maija Tweeddale and Diarmaid O’Reilly of Co Wicklow strongly considered. However, due to cost they instead decided to adopt a ‘pick and mix’ policy suited to themselves, and to their house.

The length of time it took to get planning permission in County Wicklow (four years), and then, due to the economic slump, a mortgage, (two years), meant the couple had time to think long and hard about every aspect of the build. “Our aim from the beginning was to go as high spec as we could go within our budget,” says Maija. “We put together a massive spreadsheet, very detailed, which we managed every day. If something went over budget we moved things around to keep within our financial constraints.”

“Our main source of inspiration was what we liked and didn’t like from the homes we’d rented in the past,” says Diarmaid. “That is, the connection between indoor/outdoor, availing of solar gains, and getting the artificial lighting right.”

“We really responded to the passive ideas contained in the Cork Rural Design Guide,” adds Maija. “We simply wanted to make the house as comfortable and low energy as possible by using the sun.”

“We looked at the upfront cost of the different options and how long it would take for them to pay for themselves,” continues Diarmaid. “We began by assessing what we could achieve without using energy at all, but, after checking with heat experts, we realised it would cost too much. Then we focused on the heating and looked at the geothermal option but discarded it because it was very expensive. So we decided to go with solar panels for hot water complemented by an air to water heat pump for the underfloor heating.”

“When the time came to commission the systems, it transpired that we could get a good deal on the bore hole for geothermal because we were also having a well drilled,” highlights Maija. “By that time the cost of the geothermal heat pump units had come down too so we changed our plans! We expected the efficiency of geothermal to be significantly better than air to water, which is why we wanted it in the first place.”

By necessity, the design of the heating system was unique to their house, which caused some jitters. “We were worried about how good the supply of hot water from the heat pump would be but we shouldn’t have; it’s there on demand. In the house we were renting before we had an electric immersion and used to run out of hot water all the time,” explains Diarmaid. “It’s never happened here.”

In terms of cost, Maija calculates that their per day electricity bill in their small, draughty, poorly-insulated rented house was €5.83 as compared to €5.68 in their new open-plan home – in other words they’re paying less to heat a house that’s three times the size! (Both houses rely on electricity for heat and hot water.)

The environmental focus for houses in Ireland is very much on energy savings (see page 98). And to achieve that, the passive house (Passivhaus) standard has become a popular benchmark, which Maija and Diarmaid chose to follow insofar as they could. “The main aspect where we didn’t were the foundations, as their standard is very onerous,” says Diarmaid. “But for the rest we pretty much copied the specifications.”

“We felt the relatively mild Irish climate here didn’t require us to go fully passive house certified,” adds Maija. “We chose to put our money where we thought we’d get the most value: on insulation and the windows. These are elements we don’t expect to be changing!”

“A fixed window is more thermally efficient, and cheaper, than an opening one so we decided to only have one opening window per room,” she continues. “It was a foreign concept to me not being able to open all the windows in the house but I’ve gotten used to it surprisingly quickly.”

Indeed, in keeping with the passive house requirements and the need for fresh air in an airtight house, the couple also installed heat recovery ventilation which ensures high indoor air quality.

While it’s something we don’t think of very often in Ireland, with solar gains comes the danger of overheating. “We’ve been in over a year and feel like we’re going through a bit of an experiment,” confides Maija. “We’re still playing around with the controls for the heat pump and generally getting used to living in a house that’s so comfortable!”

There is an option to use the heat pump for cooling but Diarmaid and Maija haven’t tried it yet. “In the winter having the passive solar gains is great but it can get very hot in the summer… when we actually get a summer!” explains Maija. “This year it reached 28 degrees in the living room, where the largest windows are.

too hot, but we can easily and safely open windows and doors day and night to cool down the space.”

“It’s a fairly small and unusual problem to have in Ireland and we readily admit not something that many people are able to complain about! We could have used sails or an overhang to shade the high summer sun but we wanted to keep the clean sharp lines outside, neither did we like the alternative of sunblock blinds”

Apart from that, the house is performing even better than they expected thanks to the quality of the design and most importantly, of the build.

“The building company we chose took ownership of the project. They were in control of the entire skeleton, and that was key to achieving a rigorous standard of construction,” says Maija. “Having one person in charge for a build like this, where airtightness is everything, was key.” Construction only took seven months which, considering the size of the house and level of detail put into it, is very quick.

So how has the experiment worked out in the end? “We’re actually meeting with the team soon to discuss how the house has been performing, a year in. We’re delighted! It was an experiment definitely worth signing up for.” 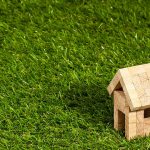 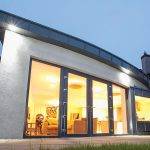