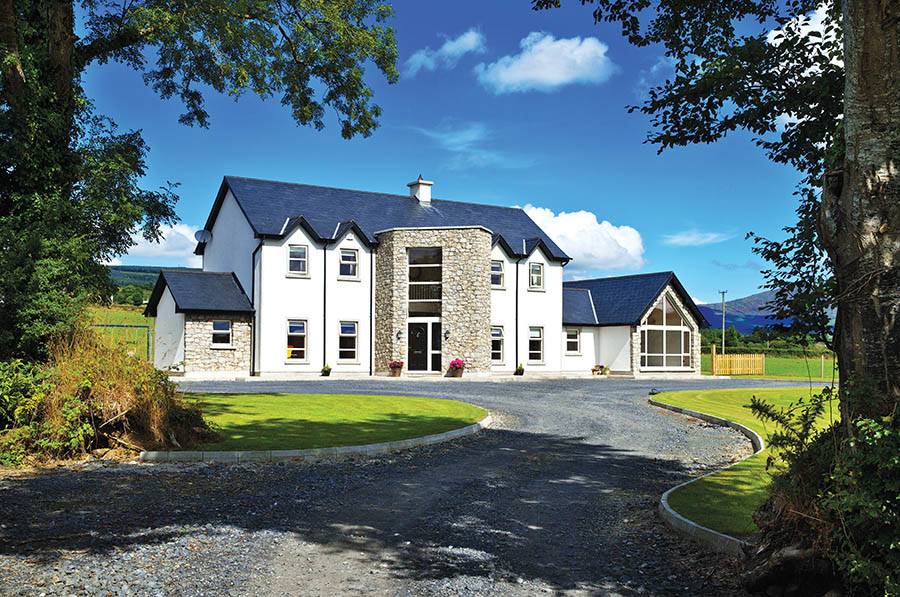 When you decide to build a home ‘for life’ the emotions coursing through your veins will be a mix of excitement and apprehension. The prospect of getting exactly what you want is balanced by the feeling of having to cram all of your dreams into a single dwelling! It’s nearly impossible to tick all the boxes but Michael and Paula O’Neill of Co Wexford tried and in every way that matters, succeeded.

Build type: masonry Insulation: 60mm rigid cavity wall insulation, 32mm composite board to inside leaf, roof 400mm rockwool, floor 100mm composite board Windows: Double glazed, PVC, argon filled, A-rated U-values: walls 0.19 W/m2K, floor 0.16-0.18 W/m2K and roof 0.12 W/m2K
The couple always knew they’d end up building their own home. “We wanted a house with a design the two of us liked,” says Michael. “We owned a small apartment in Dublin, which we lived in for five years.” Half a decade of living in close proximity to others gave them the impetus to get the project started: “We felt it was time to move,” says Micheal. “We wanted our own garden and much more space. Despite the hour commute each way, it was time to do it!”

The timing was especially good in the sense that they were able to secure financing. “The project started in 2010 and the banks were still lending. In the current economic climate it would have been hard for us to get a mortgage.”

Michael was fortunate to be able to build on the family farm, with a view of the Blackstairs and White mountains no less! Inspiration for this project came from the rocky landscape but also from magazines and visiting houses around the country. “Our architect showed us a home in Galway that we really liked, and he took that as the basis of the plans.” “We also looked at a few magazines and had ideas ourselves, a bit traditional and a bit modern. We wanted an open plan with plenty of light, a spacious master bedroom, as well as a big lawn and garden. Our designer showed us pictures and different plans and layouts. We tweaked them slightly, the major change consisted of adding ensuites.” As Michael was moving back home to the family farm, planning permission was granted relatively quickly and it happened with few conditions attached. “We were surprised enough in how planning went through,” says Michael. “We had very little to change, the ridge height was the main thing, but we also had to accommodate sight lines for the entrance. To reduce the height we went with a dormer effect to the front. We had to keep some ditches as well.”

Less conventional is the stone entrance, added as an architectural detail. “The granite porch has become a local landmark, some love it, others don’t like it, for us it’s a feature,” says Michael. It also brings together the two types of finishes on the front of the house and embraces the mountainous landscape. The windows were another important element of the design, especially with the south facing sun room. “We looked at a lot of different ones, priced the ones we liked and chose a local maker. They’re A-rated double glazed and uPVC. Triple glazed would have been much more expensive.” Indoors, the colour scheme was devised to match the mix of traditional and modern. “For the kitchen we chose a walnut timber and cream colours,” says Michael. As for the staircase, because of the complex curved shape, it was less expensive to make it out of steel rather than timber. “To soften the steel, we covered it with timber and painted the spindles cream,” explains Michael. “There’s a nice big chandelier in the hallway picked by Paula,” he adds, but in keeping with the mix of modern and traditional, LED spotlights were chosen for the kitchen, ensuites and the walk in wardrobe in the master bedroom. The furniture also has a traditional/modern look matched by Paula’s own choice of neutral paint colours.

Less conventional is the stone entrance, added as an architectural detail. “The granite porch has become a local landmark, some love it, others don’t like it, for us it’s a feature.” The sunroom is still a work in progress and is an example of how difficult it can be to match the everyday practicalities of rooms with the dream you have of them. “The high ceiling with its beams and the big windows work really well, and it’s like that because we didn’t want to have any ‘pokey corners’, but we haven’t quite worked out how best to use it yet!”

With so much family nearby and flexible working arrangements, Michael decided to go down the direct labour route. “I do shift work, so it’s easy to be home, and my family helped tremendously. I have a lot of them down here!” Michael did all of the tiling himself, “I’m very happy with how it turned out”, and got locals to do the carpentry; the joiner is a good friend of his and two of his brothers are electricians. “With direct labour, it took a while doing, it’s fairly slow organising things, the plumber, the carpenter, the electrician.” Having built the upper floor with a concrete slab helped Michael when it came to building the wetroom floors. “I shaped the cement screed around the waste and used a bonding agent to seal it. I also used a purpose-made product to roll on before I put down the tiles, to seal the floor and wall. Both rooms have a glass wall and tiled floors.”

“It’s very stressful to organise and takes a long time, quite a lot of which is spent hanging around. It takes time getting the materials and then making sure people will be there when they say they will. It opens your eyes to what it takes to organise around the different stages, so that people aren’t working on top of each other. You’d only hope to build a home once!” Indeed, building a home for life – especially when hiring direct labour – is an emotional investment. But there’s also a financial toll; the plumbing alone came to €36,000, including €13,000 for the geothermal system. This is because Michael and Paula chose a heat pump with underfloor heating throughout the house. “It was dear to put it in at the time, but we now have a hassle free system,” adds Michael. “There’s a thermostat in each room, and the temperature is weather controlled. We have a separate cylinder for the underfloor heating and hot water but both are fed by the heat pump. The maximum water temperature reached is 50°C, and the element heats to 100°C once a week for an hour to kill off any bacteria.” “We drilled two boreholes and dug a well at } the same time. The man doing the drilling suggested it since a brother of mine who lives nearby has a well. We got the water tested and we don’t even need to treat it, a real bonus. The system is pressurised and we put the pump in the garage.” Michael and Paula are happy with the performance of the system and with the underfloor heating. “It’s quite dear on electricity but it is paying for itself, and we only have the one bill. The bimonthly bill in the summer comes to €150 and €300 in the winter. It’s better than refilling oil! It’s very warm in the winter, there’s no draughts in the house as we built it to be reasonably airtight, and it’s really bright.” The heat recovery system in the attic is also playing its role. “It’s hard to know how it’s working but I can tell you the air inside is always fresh! When we shower it can take a while for the steam to clear, but that’s a minor point.” Overall, the only element they would change is the size of the utility room. “It’s a bit small, at 10ftx10ft including toilet and presses,” says Michael. “I regret not changing that. The L-shape is also awkward and the room should really be twice the size, that’s what’s needed.” As for advice, Michael believes the key lies in viewing plenty of other people’s homes and looking at loads of magazines to get ideas. “Take the time to plan your home to be as ideal as you can make it,” he says. “Make sure to use all of the rooms, and getting the balance right between insulation and light is important.” A bright, warm and cosy family home, what more can you ask for?
Total
0
Shares
Share 6
Tweet 0
Pin it 1
Share 0 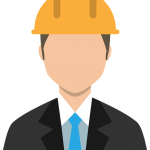 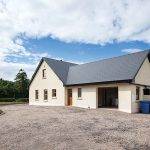