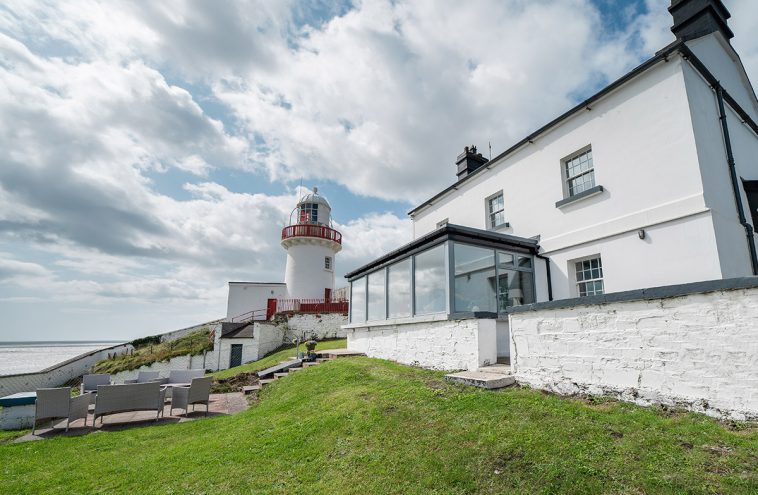 Few people get to wave at the fishermen passing by when they’re out in their garden, but Saoirse Fitzgerald does from her Co Cork home renovation.

When did you buy the property and what state was it in?

The property is the dwelling the lighthouse keeper used to live in, and it is located at the foot of the beacon. I bought it in July 2016, but there were some issues with the deeds so it was August 2017 before I got the keys.

The last lighthouse keeper left Youghal in 1997 and from that date on, the lighthouse keeper’s was used by families of Irish Lights to holiday in during the summer. There was a maintenance man who took care of the house and gardens, but no major home renovations or upgrades had been done there since the 1970s. The lighthouse is still operational, owned and managed by Irish Lights.

When I bought it, the house was very cold and damp. The windows and doors were in dire need of repair, the heat, electrical and plumbing systems were not sufficient any longer so it definitely needed a lot of work.

We spent the next six months working with a conservation architect to come up with a plan that would both keep the character of the building but make it more open plan and maximise the view. The house sits on the cliffs overlooking the Celtic sea, but the windows and porch were not making the most of what lay outside.

My goal was to open up the downstairs and add more glass. I also wanted to change an old adjoined coal shed into a fully glazed bathroom.

Did you have to get planning permission?

He was able to guide me on what changes would likely be approved and which wouldn’t.

I also met with the local authority’s conservation officer before I ever bought the house to check what the limitations would be on upgrading the house. They don’t want these old historic buildings to go into disrepair so they are very practical in allowing changes and modernisation, as long as the character is retained.

Lighthouse Keepers is available to rent on airbnb.com and you can catch up on Home of the Year on the RTÉ Player.

What home renovation work did you do?

We renovated the entire building and took approximately 80 tonnes of rubble from the house. I adjusted some walls, knocked the 1970s conservatory and doubled its size to 20sqm, made the downstairs fairly open plan, knocked the old stairs that was built for people about 4ft tall and built a new stairs in another room, made one bedroom a new bathroom, knocked the coal shed and built a mainly glass bathroom looking out to the sea.

A number of internal walls were also knocked down in the process: between kitchen and dining room, hall and dining room and the sea facing wall from the dining room.
We applied a timber preservation treatment on all timbers in the ceiling and roof and insulated them. On advice of the conservation architect I used a damp proof membrane conservation method to deal with the moisture problem.

The house was also entirely replumbed and rewired, there is a new air to water heating system and underfloor heating. All of the walls and ceiling got new coats of lime plaster.

Then there was the window restoration. We started by taking them out to get them dipped in acid to remove the decades of lead paint that had been applied. We then restored them by installing new double glazing, new weights and pulleys and ironmongery. We also refurbished the old front door to which I added a double glazed porthole.

We did a lot of research on what paint would work for both a very old building and stand up to the elements and although it is more expensive than other external paints, pliolite (a synthetic rubber resin) was recommended time and time again and it is the one we went with. Before applying a porous paint, you have to treat the walls with a fungicide which we did as well.

Living on the coast means the house needs to be painted at least every two years – something you may not think of when buying a home by the sea!

Did you hire a contractor or get trades in yourself?

I did direct labour and got the trades myself. My cousin and brother are electricians so they rewired the house and I used local tradesmen for the blockwork, carpentry, plumbing and heating. The home renovation itself took five months and was completed in July 2018.

With hindsight what would you change about your home renovation?

To be honest, I am asked this a lot and there isn’t really anything I would change – because it was a protected structure there was lots that I loved in the place and for the most part, my home size stayed the same (except for the conservatory and new bathrooms).

The new conservatory is where we spend the most time; by chance the original garden wall became part of the new wall in the conservatory and it is the perfect width for a full length window seat. You could sit there all day looking out at the sea. I also added an outdoor shower and new patio in an area of the garden that wasn’t used, and it’s a real sun trap so that was a brilliant surprise.

I also love the beds I had made, they are higher than a regular bed with the idea being that their height is the same height as the window in the room, meaning that when you wake up you have a direct, unobstructed view out to sea. Kind of like an infinity pool!

What was the RTÉ Home of the Year 2020 experience like?

It was great fun. They spent two days filming in my home and it was two of the sunniest days so the sea was just glistening. It meant that I finished the bits and bobs around the house that had been put on the long finger, and it was a real “pinch me” moment to see my home on TV.

I didn’t realise I had an interest and love for interiors until I bought the Keepers, and I have since gone on to train as an interior designer in the past year so seeing my home which I designed myself up there, yeah it was truly incredible.

Do you plan to live in the house full time?

Yes, in time. When I bought the house I was living in London, and it made sense to rent it out from time to time, and the past few months have involved a lot of travel so for now it works

What are the constraints of lighthouse living?

People often ask if the light from the lighthouse flashes in at night, which I would have thought too but interestingly the lamps in the light are fixed so that they shine straight out to sea (17 miles out), but underneath the lighthouse you wouldn’t even have enough light to read a book.

So the answer is no, the light doesn’t come into the bedrooms but there are original wooden shutters on all the windows just in a case.

The very beginning of the project is the most crucial stage. Ask lots of questions to your architect / engineer so you are clear on all the changes they are suggesting and discuss budgets for each aspect at this stage too.

Keep patient, this can be the longest phase of your home renovation even though it is the stage where you really just want to get going!

Make sure you are explaining what you are after properly. The image you have in your head versus what you explain could be very different. I often drew things out so we could chat through whatever the changes were.

I would also say that asking your tradesmen for their recommendations or for additional information is brilliant – they will have seen a lot of homes and an abundance of ways of doing things.

Ask questions if you don’t understand, and don’t feel stupid asking. This was my first home and my first home renovation so a lot of the terms were new. If you don’t ask, it could cost you in the long run. 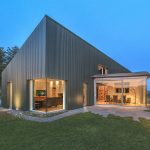 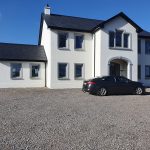