For structural integrity, know that the existing ceiling joists will rarely have been designed to carry the weight of a proper floor, furniture and people, and will almost certainly require strengthening or replacing.

The correct size of joist depends on the width that they span and their distance apart. It may also depend on the species of timber used. As an example, joists at 450mm centres would need to be of 50mm x 150mm timber – not the 38mm or 50mm x 100mm that were probably originally fitted. Note that the span of a joist is calculated as the distance between load bearing walls – not all first floor walls, particularly if they are timber stud, are load bearing.

To make your joists stronger you could do it the ‘old school’ way, which is to strengthen them. This simply means adding new joists beside the old ones and resting them on the existing wall plates. In that case it is sensible to fit this depth of joist over the whole floor area otherwise the new floor would be uneven. If you have a party wall they will have to be supported, either on individual joist hangers set into the brickwork or by being notched to fit over an existing ledger. If the ceiling is at all uneven, it is a good plan to lift the joists about 10-12mm above it so that the weight of the new floor does not crack the old plaster. If you use packing pieces to gain this extra height, they should be of plywood for greater strength and nailed to the wall plates, otherwise vibration might cause them to move.

Nowadays the most common method is to support the floor with steel beams and new, larger joists. These steel beams also support the rafters and stop the roof from sagging, which is especially necessary in trussed roof conversions. New joists, usually either 175mm x 50mm or 225mm x 50mm, are routinely fitted to roof space conversions in this context. Engineered wood (most common is glulam) is an alternative material you can use as a beam or joist; it’s just as strong as steel, and as expensive.

The least common method is to use your existing joists and increase their depth. This is done by screwing extra straps on top of them. These straps must be at least 75mm deep for spans less than 3.7m, and 100mm deep for spans up to 5.5m. This is more economical than buying new joists but involves extra work. The straps must be screwed down at 150mm intervals with No.12 screws which pass through them, about three-quarters of the way through the joists. Some local planning authorities do not permit this method and many companies may not be familiar with it either, so check with your local building inspector.

Having established what depth your joists must be, add 18mm for a standard flooring thickness then measure the height of your first floor room, including the thickness of the ceiling plaster, and add it all up. Now you know the height your stairs must climb.

If the existing stairwell can’t be extended or the landing doesn’t provide enough space for the bottom of your roof space stairs then you may have to sacrifice space in a bedroom instead. If that’s the case you will generally end up moving the bedroom wall so the staircase is located just outside it. This is relatively common and can be done with minimal upheaval. The bedroom, however, needs to be kept large enough to fit a bed otherwise this will devalue your house. If you’re stuck you could locate the staircase within a larger bedroom.

The regulations for tapered steps or winders are complicated; in general though, allow for no more than three or four symmetrically-arranged winders for each 90° of turn. The actual width of the top and bottom winder step must be the same as for the rest of the flight, but the total space taken up by the winder set will be a little more – at least 150mm on each side. In addition: 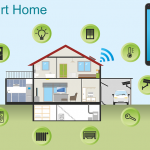 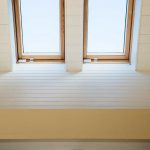