Stretcher Bond is the simplest and most common form of bonding. Bricks are laid on flat and the resultant wall is the thickness of the bricks – 100mm. The joints are staggered for strength. It is used for single-thickness walls, including the external leaf of a cavity wall. Stretcher bond is also used for garden walls but strengthening piers are required at regular intervals.

English Bond is an arrangement of bricks in alternative courses of headers (vertical) and stretchers – one header placed centrally above each stretcher. This is a very strong bond when the wall is 1 brick thick (or thicker) and was commonly found on large industrial structures and Victorian railway buildings.
With Flemish Bond alternate bricks are placed as header and stretcher in every course. Each header is placed centrally between the stretcher immediately above and below. This is not as strong as the English bond at one brick thick. Flemish Bond produces a wall of double thickness. This bond is often built with the headers in contrasting colours to give the classic diamond patterns (known as diaper patterns).

Traditionally, render meant the application of a variety of different cement and sand mixes, usually over a period of time, followed by two coats of masonry paint. There has been a difficulty in recent years in that many of the principles involved in the mixing and application process have either been ignored or misunderstood, frequently leading to disappointing results.

This situation has led to a market driven demand for one coat renders which remove many of the potential causes of failure, and transform the use and application of render for the designer. Through-coloured renders or monocouche are factory produced from quality raw materials to formulate correctly proportioned mixes in accordance with the requirements of BS 5262 and IAB or BBA Certification. To use on site, just add clean water to the mix containing a water retention additive and a range of through colouring pigments. They have good adhesion, allow the wall to breathe, are weatherproof and provide durability along with the benefits of low maintenance and increased design opportunities. The renders are scraped when still green (hardened but not fully cured) to give a weathered stone effect and to remove any efflorescence.

Application is as a single coat system in which the thickness can be built up. Overall thickness varies from a minimum of 15mm to a maximum finish of 25mm in exposed areas (such as the seaside), normally applied without a scud coat (straight on to the masonry substrate), except in some circumstances where suction control or insufficient key prove to be an issue (such as on smooth concrete components). Cost savings occur through the speed of application, with a whole house often being finished in a day (or at worst the next), thus saving on labour and scaffolding and leaving the ground clear for landscaping. Depending upon local weather, maintenance is usually limited to periodic cleaning with detergent and low-pressure washing, especially if of a scrape finish which is a useful design tool to create a range of effects. Most do not require re-painting, but this may be necessary if using organic dye coloured render.

Note that manufacturers of monocouche renders may have a policy of using only recommended or trained personnel to apply the product. Good workmanship includes a close look at the weather: renders cannot be applied/cured at a temperature below 5°C, or in rainy conditions.

This is the ‘old’ or traditional way of applying render to a wall which is still much used by small builders.

To ensure that the block work has a good enough ‘key’ for the render to stick, a ‘scud’ coat is applied so that the bond between the render and the block is strong enough to resist separation. The scud coat should be of the consistency of thick slurry and is best applied by throwing with a hand scoop to give a depth of 3mm-5mm. The surface should be dampened periodically until hardened and then allowed to dry out.

The second stage is the ‘scratch’ coat, so called because the surface is combed or scratched after it has reached a firm set, but not hardened, and the scratches deep enough to provide a key but not penetrate the scud coat. It should be between 8mm and 12mm thick overall.

The third layer, known confusingly as the second undercoat, or final coat if a plain finish is wished, should not be applied until the first undercoat has hardened and dried out sufficiently to provide adequate suction. If it is to be the final finishing coat, it should be thicker than its undercoat and applied with a wood float (or similar), but not a steel trowel because it brings too much fat to the surface, causing crazing. Overworking should be avoided and this layer should be between 6mm and 10mm thick. Where there are two undercoats, the overall thickness should be approximately 20mm.

Note that each coat should be no stronger than the base to which it is being applied. 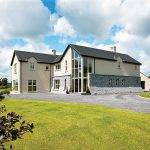 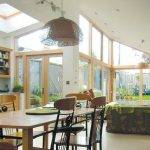